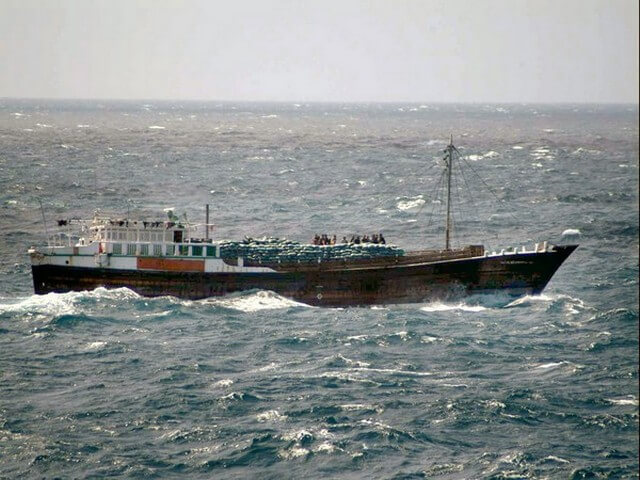 Yet eyes are not on Mozambique where too there is a terror threat, the role of the IS, drugs and a massive Indian investment. Nearly $20 billion FDI from India in the gas sector will augment the $ 3.2 billion invested between 1996-2021. A whopping 37% of Indian FDI into Africa is in Mozambique and it also has US $772 million concessional Lines of Credit from India. [2]

The cross-border insurgency in strategically located Mozambique is backed and consolidated by the IS. Uniting and radicalizing several smaller regional groups, they  have terrorized the northern Cabo Delgado province of Mozambique since 2017. This province borders Tanzania, and is gas rich. The Muslim dominated population, low development and radicalization has created a security problem for Mozambique. As recently as March 24, 2021, ISIS-affiliated Ahlu Sunnah Wal Jamaah (ASWJ) or ISIS-Mozambique insurgents attacked Palma killing civilians.[3]

Mozambique was becoming the darling of international investors. It has gas reserves of 100 trillion cu. ft.[4] India has invested $20 billion in gas assets in Mozambique and more is to follow to build infrastructure for its evacuation. India also has coal investments in Mozambique and is trying to build means to excavate and evacuate the coal through railway lines and a port. France is the major gas player with huge investments by Total, which are within the province of Cabo Delgado.[5]

Japan is developing the port of Nacala in Mozambique which is strategically located at the south east of Africa. The Mozambique Channel which runs between Mozambique and Madagascar is a major shipping route. It is important that the insurgency in Cabo Delgado does not spill over into sea piracy.[6]

Though the insurgency is ongoing since 2017, it drew sharper reaction only this year, after a major attack in March, which killed several people. The Mozambique forces, FADM, are stretched to the full, and yet the radical insurgency was uncontrolled leading to Total evacuating its personnel.

After initial reluctance the SADC (Southern African Development Community) Brigade was finally deployed on 9 August as the SADC Mission in Mozambique (SAMIM).[7] There was a sudden agreement with Rwanda, prior to this, and 1000 Rwandan troops arrived in Cabo Delgado in July and got down to work. Rwandan troops evicted the insurgents from the area they had captured. While earlier the local people had been apprehensive of Mozambican troops, Rwandan troops seemingly behaved well.

This leads to two questions. First, if the Rwandans could beat the terrorists in a determined manner rather quickly, why did the Mozambican forces not succeed over the years? Secondly, the Rwandans are disciplined and well paid. Initial analysis indicated that Rwanda countered insurgents in the eastern part of Democratic Republic of Congo (DRC), checked their advances and thus assisted Mozambique. They plugged the other end of the long corridor between eastern DRC through Tanzania into northern Mozambique.

Now, the tale appears to be somewhat different. Commercial interests of Total in the region are well known. After clearing the terrorists, the Rwandan forces have set out a 50 kilometers zone and are protecting Total’s current work area.  The Rwandan army will retain control of the towns of Mocimboa da Praia and Palma, which are vital for the Total Energies project. [8]

It becomes evident that there is a clear France-Rwanda-Mozambique engagement, which is helping to turn the tide against the insurgency and restore confidence to get Total to restart operations for exploiting the gas reserves.[9] Earlier in 2020, a similar Rwandan effort in Central African Republic outside the UN Mission was successful in Bangui.[10] Was that too a French hand? Louise Mushikiwabo a former Rwanda Minister of Foreign Affairs is the current SG of the Francophonie, the larger version of the French Commonwealth. Mozambique too is a member of Francophonie.

The US has supported Mozambique through training missions as has Portugal. US designated ASWJ as a foreign terrorist organization, as ‘ISIS-Mozambique’. None of the Western partners of Mozambique are keen to place boots on the ground, leading to encouragement of the SADC mission. As that delayed, France moved to deal with the insurgency through Rwanda. Rwandans are among the most potent militaries though from a small country. They are among the largest troop contributing countries with 6800 personnel under UNPKO.[11] In the past they were involved in a competition with Uganda and others in the eastern DRC.[12]

The Mozambique President while inaugurating a Trade Fair has announced that security and stability is the prerequisite for investments in Mozambique, particularly in the gas sector and Mozambique will provide such stability.[13]

The naval preparation to deal with the insurgency is the weakest link. It is recalled that land operations in Somalia, generated piracy in the Western Indian Ocean. This should not recur otherwise the Mozambique channel and the 30% of global shipping using it will be threatened. The Mozambican navy is itself small, having received some fast patrol boats as grants, including two from India.[15] Indian, South African and French navies have been exercising in the vicinity over some time but have not focused on a fallout from Mozambique.

South African deploys some naval ships, but its capacities are limited. It may be the biggest regional power, but it could be easily challenged on the sea. India and France are the two naval powers with assets in the region. France has bases at Reunion Island, Mayotte, and other places where its fleet is deployed. India has regular visits by its naval ships which work with Mauritius and Seychelles, and more lately with Madagascar and Comoros besides Mozambique.

Their efforts have largely been towards controlling piracy in the southern Indian Ocean, much as several navies have done in the western Indian Ocean, closer to Djibouti. Before the situation gets out of hand, closer coordination between India and France as envisaged in their 2018 Vision document[16] should take heed of the circumstances. India and France both have substantial investments in Mozambique, and therefore have an economic and strategic congruence to work together there.

Another area of concern is drug running. The IS-related groups are often sustained by drugs, coming through Afghanistan and Pakistan. The dhow-based trade hugs the coastline of Eastern Africa.[17] In the past it used landing areas in Kenya, Somalia and Tanzania. They now moved further south. With the help of Pakistani elements[18] based in Mozambique, a conduit[19] for drugs running into the region is facilitated. This leads to large sums of money being raised, which then go into supporting insurgencies here and elsewhere. The collapse of a government in Afghanistan has heightened fears that the Southern Route will be in focus.

Mozambique’s value to India and other investors was that it had a peaceful access and unhindered sea route for energy supplies. If the security is compromised, the advantages of the large investments will decrease and the risks enhance. This calls for vigilance and urgent preventive action on the seas around Mozambique.

[6] The Mozambique Channel May Become the Next Maritime Security Hotspot, The Maritime Executive, 24 March 2021, https://www.maritime-executive.com/editorials/the-mozambique-channel-may-become-the-next-maritime-security-hotspot

[15] Jordan Smith ,Arms transfers, military spending and insurgencies: What we do (and do not) know about Mozambique, SIPRI, 29 June 2021, https://www.sipri.org/commentary/blog/2021/arms-transfers-military-spending-and-insurgencies-what-we-do-and-do-not-know-about-mozambique

[17] The Mozambique Channel May Become the Next Maritime Security Hotspot, The Maritime Executive, 24 March 2021, https://www.maritime-executive.com/editorials/the-mozambique-channel-may-become-the-next-maritime-security-hotspot