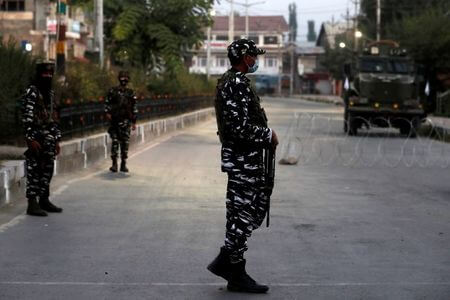 While the world stood watch, Taliban took over absolute control over Afghanistan, excepting a small part of the Panjshir area. The question that now looms large is the impact of this takeover on Afghanistan’s neighbours as well as the rest of the world. For India, its effect on Kashmir becomes crucial, where insurgency and Pakistan sponsored cross border terrorism is going on for the last three decades.

A little detour into history might be relevant here. Before any attempt is made to predict the possible impact that Taliban’s takeover of Afghanistan might have for India, it is important to take a step back and recall the ramifications that India suffered during Taliban’s earlier regime, while it ruled Afghanistan from 1996 to 2001 till 9/11 happened and its subsequent dislodging from Afghanistan by the United States and its allies.

Terrorism in India witnessed a systematic increase during 1996 to 2001. By all parameters, terrorism, which began in India in 1980s, was at its highest level in 2001, since its emergence three decades ago. Maximum number of foreign terrorists (FTs) infiltrated during this period. This became especially prominent after 1999, when Indian Army units were withdrawn from the Line of Control (LoC) to fight the ongoing war in Kargil, leading to gaps on the LoC. Taking undue advantage of this situation, Pakistan ISI and Army aided and abetted the infiltration of many FTs during this period.

This period also witnessed the rise of a new phenomenon of suicidal attacks, more commonly known as “fidayeen attack”. In the year 2001, prominent Constitutional bodies in India were targeted by the fidayeens, the J&K Assembly and the Indian Parliament. Another unfortunate incident that bore witness to this upsurge in violence was the hijacking of Air India flight IC-184. It is no secret that the flight upon hijacking was taken to Kandahar and that Taliban provided full support to the hijackers in collusion with Pakistan ISI. It was only in 2002 after Taliban was dislodged by the USA and its allies that India noticed a gradual decrease in such terrorist activities. During this period, assembly elections were also held in Kashmir valley leading to the formation of the coalition government of PDP/Congress lead by Late Shri Mufti Mohammad Sayeed.

Undoubtedly, the most pernicious impact of Taliban’s rise to power is the psychological boost of morale, that it provides, to terrorist organizations all across the world, including those operating in Kashmir valley like Hizbul Mujahideen (HM), Jaish-e-Mohammed (JeM), Lashkar-e-Taiba (LeT), etc. They see an opportunity of hope in the victory of Taliban over Russia and the United States, the two super powers of the World. In addition to these explicit terrorist organisations, the events in Afghanistan have also boosted the confidence and vigour of certain elements that pursue separatist ideologies like the All Parties Hurriyat Conference (APHC), upper ground network, Jamaat-e-Islami (JeI), terrorist supporters in academia, government institutions, business ventures, media houses, etc.

There are reports of JeM Chief Azhar Masood having met the top leadership of Taliban at Kandhar a few days back. Obviously, this meeting was not without purpose. It is well known that Azhar Masood enjoys a very close relationship with Mullah Hasan Akhund, the new Prime Minister of the Islamic Emirate of Afghanistan and other senior leaders of Taliban. It would not be a stretch to say that Taliban was covertly assisted by ISI in its annexation of Afghanistan.

As per one report, Pakistan’s ISI had sent about ten thousand terrorists along with weapons and equipment to aid Taliban in taking control of Afghanistan. Keeping in view Azhar Masood’s close ties with Taliban and his nefarious designs for India, it can only be expected that the terrorist groups presently operating in Kashmir would receive aid from Taliban, in all possible forms and means, in their attempt to liberate Kashmir. As per another report, the first thing Taliban did after take over of Kabul on the 15th of August 2021 was to release terrorists from prisons in Afghanistan, many of whom were also from JeM/LeT. These terrorists could be conveniently diverted by Pakistan ISI to LoC borders of Jammu & Kashmir for infiltration.

I recall interrogating some of the high-profile FTs during late 1990 and early 2000s. Many of them would mention undergoing advanced training in Afghanistan camps. Pakistan today is subjected to tremendous international pressure and media scrutiny for running extensive training camps in its territory, especially in Pakistan occupied Kashmir (PoK). In my opinion, Taliban’s takeover has provided Pakistan a unique opportunity to evade this burden, something Pakistan would not fail to take advantage of. Pakistan could gradually shift the training camps from PoK/border area of Pakistan to Afghanistan to claim alibi, conveniently taking the argument that the training camps are in another country and are run by terrorists outfits out of its control, thereby also avoiding threat of Indian attacks like Balakot. India, on the other hand, faces the problem of involving Afghanistan, a third country, in its tussle with Pakistan on terrorism. Also, for India, striking terrorist training camps in Afghanistan would pose a greater strategic difficulty.

Al-Qaeda’s call to Global Islamic Jihad after taking over Afghanistan emboldens the other terrorist organizations and their sympathizers with their separatist’s ideology and this could in-fact very well trigger a spate of terrorists resulting in high profile attacks not only in the valley but in other parts of the country as well. It’s no surprise, countries in Asia and the rest of the world are already reviewing their response in terms of both diplomacy and militarily to Talibanized Afghanistan, and it’s high-time India also strategies and evaluates its response to the threat Taliban poses harboring global terrorist outfits whilst sitting next door.

It’s no surprise, the young and impressionable minds are easy to indoctrinate. It’s the need of the hour to review what exactly is being taught to the young impressionable minds in Madrassas and how these Maktabs are getting internationally funded for their work in India. Pakistan is involved in financing radical propaganda and in the dangerous process of indoctrination of young minds at Madrassas in India.

It needs to be assessed whether the children studying at these unregulated Madrassas are actually given the right kind of religious education or is it radicalizing them by preaching Wahhabi Islamic Ideology. Moreover assistance of religious scholars and society elderly be solicited in-order to keep a look over Madrassas and keep them in check to avoid any further radicalization of Muslim youth particularly in the Valley and the whole country in general.

An environment prone to enabling radicalization would only enable terrorist groups to remain capable of recruiting supporters. Widening fissures within the ideologies are already visible in certain parts of the country, especially in some areas of Kerala, West Bengal, Uttar Pradesh, Hyderabad, etc. National Education Policy (NEP) recently approved by the Government of India needs to be implemented earnestly across the country and Madrassas need to be regulated and modernized at the earliest. Moreover, strict monitoring on hawala funding of unregulated Madrassas and Mosques needs to be assessed with an astute scrutiny on foreign benefactors. Furthermore, people of vulnerable age groups too eager to travel to countries which have a track record of harboring terrorists and their allies needs to be closely monitored and kept under surveillance albeit necessary.

In almost all encounters in Jammu & Kashmir during the late 1990s and early 2000s, drugs and fake currency were recovered from terrorists. Recent Taliban takeover of Afghanistan might again lead to drug smuggling via international borders / LoC and the endless battle to stop it will start all over again. Furthermore, drugs pumping in through the Afghanistan/Pakistan border could very well get transported to international markets via Mumbai and New Delhi.

After the recent events in Afghanistan, Pakistan ISI has designs in work for infiltrating as many foreign terrorists as possible through vulnerable spots on LoC and international border in the coming months ahead leading to a change of composition of terror outfits operating in the Valley which is at present predominantly operated by local Kashmiri boys backed by foreign terrorists. This could in-turn substantially increase the component of foreign terrorists leading to escalation of violence, more high-profile suicide attacks on security forces and vital installations not just in the Valley but in other parts of country as well.

Highly sophisticated weaponry such as drones, M4A1 assault rifles, Black Hawk Helicopters, etc. gifted by the United States to Afghan National Army is now in the hands of Taliban. Pakistan ISI using its influence on Taliban leadership is in a position to divert them to terrorist organizations operating in Kashmir posing a renewed threat to the Indian security forces.

The Haqqani Network of Taliban is the armored hand of Jaish-e-Mohammed (JeM) and Lashkar-e-Taiba (LeT) terrorist outfits who all have a common hatred for India and what we stand for. Having said that, India of today is not the India of 1990s, the armed forces possess a highly sophisticated, robust and organized security grid across the LoC and the international border in Jammu & Kashmir which is in-fact fully fenced with high tech surveillance
instruments making it virtually impregnable. 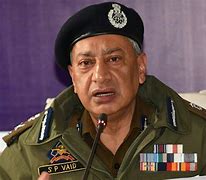