Sri Lanka’s Crisis – Not Just About the Economy 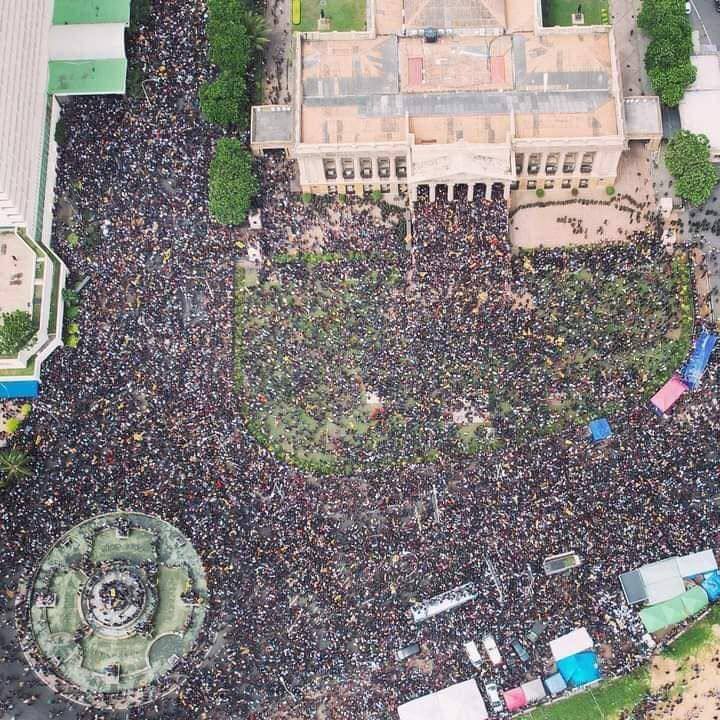 Sri Lanka is in the grip of an economic, political and humanitarian crisis. In a remarkable display of anger, thousands of protesters disregarded government curfews, rampant military and police presence to storm the presidential palace and the prime minister’s residence, demanding their resignations.

It came as the Rajapaksa government halted the sale of fuel to ordinary people. It is the first country to do so since the global oil crisis in 1979.

For several months, Sri Lankans have suffered shortages of food, fuel and other critical supplies. Schools have been closed for several weeks. Other services are operating at critically reduced capacity.

Hours before the protest, President Gotabaya Rajapaksa fled the country without resigning. Instead, he appointed Prime Minister Ranil Wickremesinghe, from the opposition United National Party (UNP), as the interim president. It’s a move that has further angered protesters.

In his first actions as president, Wickremesinghe declared a state of emergency across the island. He ordered the military to “do whatever is necessary to restore order”. Protesters are being met with tear gas by the police and shots are being fired by the military, yet they continue to occupy his residence and the streets.

Who is Ranil Wickremesinghe? Wickremesinghe is deeply despised by protesters, with many of them critical of his close relationship with the Rajapaksa family. But he also has a long history of discrimination and militarisation against the Tamils.

Wickremesinghe was first elected to parliament in 1977. He was prime minister from 1993 to 1996 and has held senior positions within the United National Party (UNP), including further terms as PM, ever since.

A centre-right party, the UNP has fanned ethnic tensions, overseeing numerous attacks against the Tamils – in 1977, 1979, 1981 and 1983. The party also orchestrated the colonisation of the north and east of the island, altering the ethnic composition and forcibly evicting Tamils from their homes.

Like Rajapaksa, Wickremesinghe has close ties to the military. This includes its current chief, Shavendra Silva, who is barred from entering the US due to his role in the massacre of Tamils in 2009. Wickremesinghe rejected the UN Expert Panel report that outlined Sri Lankan government atrocities against the Tamils.

As prime minister during the 2019 Easter bombings, Wickremesinghe admitted that he and his government had failed to act on intelligence communicated by India. This lapse resulted in the deaths of over 250 people in bomb blasts across the island. He stated: “India gave us the intelligence but there has been a lapse in how we acted on that.” The damage caused by Sinhalese Buddhist nationalism Politicians like Wickremesinghe and Rajapaksa have been put in positions of political power by the majority Sinhalese people due to their Sinhalese Buddhist nationalist ideology, which has resulted in a long history of discrimination and rioting against minorities on the island. This position of power has allowed these leaders to grow their personal wealth, while mismanaging the economy and ultimately bankrupting the country.

Within the Sinhalese Buddhist ideology, anyone who is not Sinhalese-Buddhist is excluded. Since the country’s long civil war ended, all major Sri Lankan parties have rejected criticisms of the Sri Lankan state, including international calls for investigations into human rights violations and war crimes committed against the Tamils.

Rajapaksa’s refusal to resign, despite mass protests, is an indictment of his authoritarianism, which can also be attributed to Sinhalese Buddhist nationalism.

In fact, the Sri Lankan constitution grants Buddhism foremost power, paving the way for ongoing discrimination against marginalised groups. This discrimination began in 1956, when Prime Minister S.W.R.D. Bandaranaike implemented the Sinhala Only Act, making Sinhalese the official language of the island and forcing Tamils out of key employment sectors.

As political expert Neil DeVotta explains of Sri Lanka’s Road to political ruin: It was nationalism that enabled governance rooted in meritocracy to be supplanted by ethnocracy, which over time has led to kakistocracy – governance by a country’s worst citizens.

A bleak outlook anti-government protesters will continue to express their fury on the streets. But if they are going to push for meaningful political change, their demands must be representative of everyone on the island, especially those who have been historically marginalised by successive Sri Lankan governments. (The Conversation) NSA