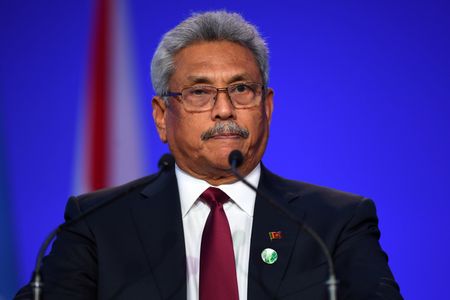 Colombo, Apr 4 (PTI) Sri Lankan President Gotabaya Rajapaksa on Monday invited all political parties to join a unity Cabinet as part of the government’s bid to tackle the raging public anger against the ongoing hardships caused by the island nation’s worst economic crisis.

According to an official statement, “President Gotabaya Rajapaksa has invited all political parties to find solutions for the national crisis that has emerged”. On Sunday night, all 26 Cabinet Ministers submitted letters of resignation. Speaking to reporters, Education Minister and Leader of the House Dinesh Gunawardena said the ministers handed over their resignations to Prime Minister Mahinda Rajapaksa. He provided no reason for the mass resignation.

The government’s invitation to all the Opposition parties came as mass public agitations mounted against the ruling Rajapaksa family for its mishandling of the economic situation triggered by the foreign exchange crisis and the balance of payment issues. The public thronged the streets asking the president to resign. The protests triggered the imposition of curfew after a state of emergency was declared by the President.

When the protests intensified, the government clamped a social media ban for 15 hours on Sunday. The people defied the curfew to protest against long queues for fuel and gas and long hours without electricity. Governor of the Central Bank Ajith Nivard Cabraal has also announced his resignation. “In the context of all Cabinet ministers resigning, I have today submitted my resignation as Governor,” Cabraal said. He was blamed for his rigid stance on Sri Lanka seeking an economic bailout through an International Monetary Fund (IMF) structural adjustment facility.

Despite his opposition, the government in the last fortnight approached the international lender for support. During his governorship, the Central Bank was accused of printing large volumes of money, triggering inflation. The country is grappling with what is said to be its worst economic crisis since independence from the UK in 1948. It is caused in part by a lack of foreign currency, which is used to pay for fuel imports.

Rajapaksa has defended his government’s actions, saying the foreign exchange crisis was not his making and the economic downturn was largely pandemic driven with the island nation’s tourism revenue and inward remittances waning.