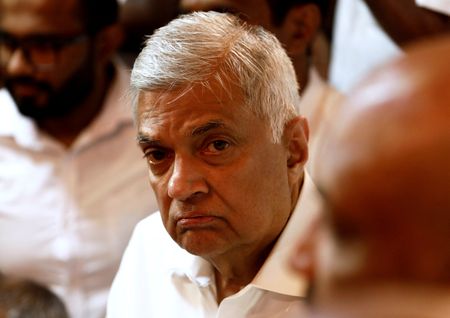 Colombo, Jul 5 (PTI) Prime Minister Ranil Wickremesinghe told Parliament on Tuesday that Sri Lanka will organise a donor conference of friendly countries like India, China and Japan once a staff-level deal is reached with the IMF on a bailout package, as the economic crisis-hit island nation seeks to create an aid consortium.

Addressing Parliament on the roadmap of the government to address the economic crisis, Wickremesinghe also said India had to limit the loan assistance to Sri Lanka due to the recent global crises, including the ongoing Ukraine-Russia war.

“After obtaining the staff-level agreement, we will organise a donor-aid conference by bringing together the friendly countries that provide us with loan assistance, such as India, China and Japan. We hope to create a system where we can get loan assistance through a common agreement,” he said.

Among the problems the country is facing today, the primary issue is the fuel crisis, he said. “At the same time, we are also facing the problem of food availability. In terms of fuel and food, our country was going to have to face this crisis at some point in time. Fuel was scarce. Food prices went up,” he added.

“Due to the recent global crises, this situation has become more acute and we who were in the frying pan fell into the oven…This situation is not unique to us. This affects other countries as well. India and Indonesia are also affected by this global crisis. Therefore, India has had to limit the loan assistance that they have given to us,” he added.

India’s unprecedented economic, financial and humanitarian assistance to the people of Sri Lanka stands at over USD 3.5 billion in 2022. India has also extended three credit lines to the tune of more than USD 1.5 billion and forex support of around USD 2 billion, according to the Indian High Commission here.

The Government and people of India have also supplied medicines to several health-related establishments in various parts of Sri Lanka and distributed kerosene among the fishermen of Sri Lanka. Sri Lanka’s total debt burden increased to Rs 21.6 trillion by March 2022, Wickremesinghe said. The prime minister said that the total debt burden of the Government at the end of 2021 was Rs 17.5 trillion and by March 2022 it has increased to Rs 21.6 trillion.

Sri Lanka will present a debt restructuring programme to the IMF by August to secure a bailout package, he said. Sri Lanka is going through the worst economic crisis since its independence from Britain in 1948, and needs to obtain at least USD 4 billion to tide over the acute shortage in foreign exchange reserves.

The country, with an acute foreign currency crisis that resulted in foreign debt default, had announced in April that it is suspending nearly USD 7 billion foreign debt repayment due for this year out of about USD 25 billion due through 2026.

Sri Lanka’s total foreign debt stands at USD 51 billion. The Sri Lankan economy has virtually come to a grinding halt after it has run out of foreign exchange reserves to import fuel. Sri Lankans continue to languish in long fuel and cooking gas queues as the government is unable to find dollars to fund imports.

The Indian credit lines since January this year have provided a lifeline to Sri Lanka amidst growing public dissent over the worsening economic conditions. The development assistance extended by India stands at over USD 5 billion with more than USD 600 million being in grants.