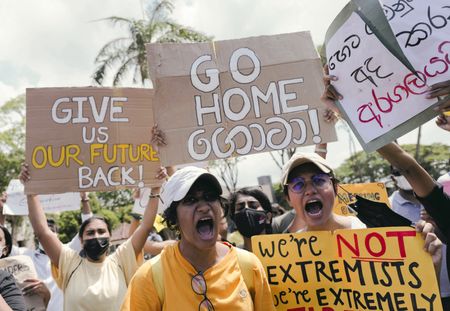 Sri Lanka is facing its worst economic crisis in last 75 years. The situation has deteriorated so much that there are frequent and prolonged power cuts, acute shortage of fuel resulting in severe disruption of public transport and freight systems. This, coupled with the steep fall in import of food items and the resultant shortage of essential commodities (Sri Lanka imports most of the food items, garments and other essential items) has caused a high inflation which was 17.6% in February.

The chain reaction or the domino effect, has hit the consumers’ pockets so hard that, for most of the population, essential items like kerosine oil, fuel, cooking gas, milk powder, vegetables, medicines and hospital consumables have gone out of their reach. Even those who can afford the exorbitant prices, have to brave the summer heat for 5-6 hours in queue. There have been nationwide protests against the economic catastrophe giving rise to sporadic violence which has resulted in declaration of the state of national emergency by the Rajapaksa Government.

The reasons for this snowballing crisis are not difficult to find. Besides the tourism sector and export of tea, coffee, rubber, sugar, cinnamon, clothing, which form the major share in Sri Lanka’s export earnings, remittances from the Sri Lankan workers abroad also play an important role in this country with a GDP of $ 84.552 billion.

Until 2015, Sri Lanka had a very healthy economy with a robust growth rate growing steadily from 5% to 7% while during some years even touching 9%. However, unscrupulous borrowing by the successive governments, especially during the tenure of Mahindra Rajapaksa, on many infrastructural projects which proved to be white elephants started showing the adverse effects on the country’s economy that struggled to repay the loans.

Hambantota port in the home turf of Rajapaksas, Colombo Port City, Colombo-Katunayake Expressway, Mattala international airport, again in the suburbs of Hambantota and Ceylon Electric Company were few such projects. These unrealistic projects cost a loan of more than $ 1 billion to Sri Lanka. While Hambantota port, which could not pay even a fraction of the cost, had been handed over to the Chinese company on a long lease in lieu of the loan, Mattala airport could attract only a little more than 30,000 international passengers at the average of less than 70 passengers per day. A rescue offer made by the Indian Airport Authority to operate it jointly had been turned down by the island government in 2020.

Similar was the fate of the Colombo Port City, a project on the reclaimed land at the Combo port, which has been reportedly turned into a Chinese colony not accessible to Sri Lankans. While all these white elephants have been acquired by Sri Lanka from China without any tangible economic benefit reportedly with involvement of graft, the interest on the huge loans taken by the Government has also been mounting.

In addition, the severe draught in 2016, the steep enhancement of thrash -hold of income tax from Rupees 5,00,000 to 30,00,000 allegedly to exempt the creamy layer of the society from the tax net and unscrupulous slashing of VAT from 15% to 7% and other populist measures had further squeezed the tottering economy. The pandemic further played havoc on the inward tourism, a major source of foreign exchange. In three straight years, Sri Lanka’s forex reserves plummeted from US$ 7.2 billion in 2019 to US$ 2.2 billion in February 2022 – a steep fall by around 70%!

As if it were not enough, the Government banned all non-organic fertilizers in July last year in their zeal to become first county on the earth to use only organic fertilizers. The result was catastrophic. As the domestically available organic fertilizers were not enough, Sri Lanka entered into a deal with Qindao Seawin Biotech company of China for supply of 99,000 tonnes of organic fertiliser. However, as the sample was found to contain bacteria harmful for crops, the deal was cancelled and under severe diplomatic arm-twisting by China, Sri Lanka had to pay a compensation of US$ 6.8 million to the supplier. The government had to hurriedly lift the ban over non-organic fertiliser in October last year after which India had to respond to an SOS call by airlifting its newly developed 1,00,000 kg.  nano-nitrogen fertiliser to Colombo.

Sri Lanka is required to re -pay US$ 4 billion debt including the sovereign debt of US$ 1 billion by July this year. It has again approached IMF for restructuring of loan from IMF, which is likely to be decided not before the end of the year. The country’s economy is in deep deficit as the current budget projects a revenue of only 45% of the expenditure. The economic situation is so grim that the country needs at least US$ 20 billion to import essential items like fuel, food, milk powder, medicines etc.

At this juncture, responding to the May-day calls by its southern neighbour, India in January 2022, extended a Line of credit of $ 500 million for 40,000 tonnes fuel from India, a currency swap of $400 million under the SAARC Framework and to deferred Asian Clearing Union (A.C.U.) settlement of US$ 515.2 million till May 6, 2022. This is besides the $1 billion Line of Credit given earlier.  In addition, the island state is believed to be discussing with China an economic assistance of US$ 2.5 billion on which the latter is yet to make a decision.

As a part of our “Neighbour First” policy, we are morally bound to help Sri Lanka in the time of their need in spite of the country often joining the chorus of other neighbours clamouring against India’s “Big-brotherly” attitude. The fact that unlike China, which attaches choking strings with the loans/assistance, our policy to help our neighbours is without economic conditions or any ulterior motives is now dawning upon them.

The street demonstrations having turned violent, the Sri Lankan government first imposed a nation-wide curfew, then declared the state of emergency and is now dissolved in order to make way for a unity government to address the cascading effect of the economic crisis. But they must understand that the malaise is chronic and, therefore, it needs long term cure with bitter but effective medicines. Until plans are made accordingly and some harsh measures are taken, Sri Lanka will best remain, in the terms of English grammar, a country with a “past imperfect, present tense and future indefinite”.

Notwithstanding any amount of help from outside, the permanent and effective cure of this disease has to come from within the politico-economic system of the country. Let us hope that this beautiful nation is able to do that. 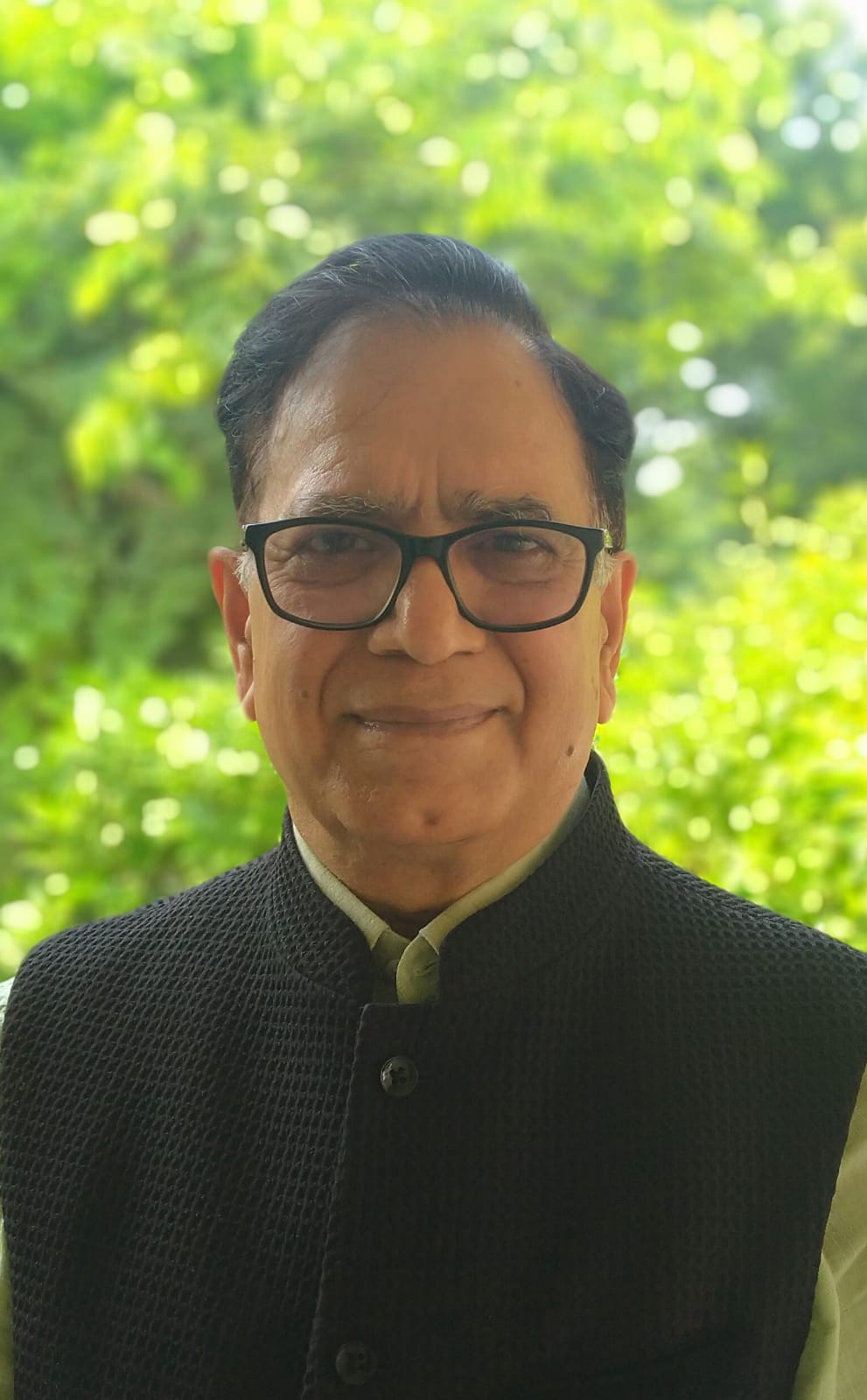 Apr 09, 2022
In my opinion, India has made a mistake by coming to Sri Lanka’s aid so quickly. We should have waited for a few more months before aiding the Lankans. Any denial of Indian aid in the short run would have highly exacerbated the domestic situation in Sri Lanka and that would have led to internal conflict and chaos. The ire of the suffering Sri Lankans would have been directed against China and the, India unfriendly, Rajapaksas. This would have given us the opportunity to exploit the public anger against the government and have it toppled by an, India friendly, government. Additionally, the presence of an, India friendly, government and the explosion of public anger against the Chinese could have given us a fair chance to rid Sri Lanka of any Chinese presence or influence.