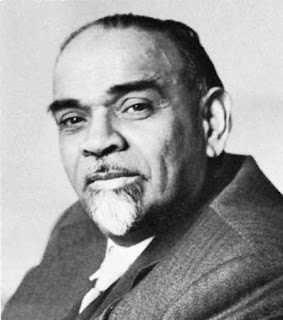 A great historian, statesman, educationist, diplomat, journalist and bilingual writer, Kavalam Madhava Panikkar (1895-1963) has been consigned to history as having given the wrong advice to Prime Minister Jawaharlal Nehru on China during the negotiations on the 1954 Agreement that acknowledged Chinese sovereignty over Tibet.

“Nehru listened to advice from KM Panikkar-India’s Ambassador in Beijing-advice that was seriously flawed, and misguided,” writes former Ambassador Nirupama Rao in ‘The Fractured Himalayas’ (2021). This particular misjudgment has clouded the legacy of a man who cured India of its maritime blindness by writing about India’s connections with the Indian Ocean and influenced contemporary thinking on maritime security of India. Shakespeare’s words, “the evil that men do lives after them, the good is interred with their bones,” seem appropriate in his case.

And yet, on the occasion of the ‘Azadi ka Amrit Mahotsav’, Panikkar was remembered and honored as one of the architects of modern India. My first encounter with Panikkar’s genius was when I chanced upon Panikkar’s Malayalam translation of Shakespeare’s immortal play, ‘King Lear’ during my school days. His mastery of the Malayalam language and his interest in introducing a classic play to a Kerala audience even when he had many important preoccupations made a deep impression on me. Later I discovered that important literary figures like Kavalam Narayana Panikar and Kavalam Ayyappa Panikar belonged to his lineage.

India is often seen and described as a sub-continent and not as a peninsula because of its vast lands, which blurred its ocean frontiers. The peninsular character of India and its dependence on maritime traffic give the sea a preponderant influence on its destiny. But a one-sided view of India’s security with an exclusive focus on North-West frontiers overlooked the oceanic environment and its advantages and disadvantages. Panikkar had the vision to understand the oceanic navigation legacy of the peninsular India and to write extensively for the Indian policy makers.

In the ancient times, India was considered fully protected with the Himalayas in the north and the oceans on the other sides. But waves of visitors came from all sides as transportation became easier on various quests, including education, trade, spices, religious conversion and even conquests. The arrivals by the sea appeared benign, while the hordes of marauders from the North-West were formidable. Thus, the Indian approach was shaped differently for different arrivals. But in actual fact, all of them served their own ends and changed India in fundamental ways, be it military, cultural, religious and others.

Panikkar calls the 450 years from the arrival of Vasco da Gama in Kozhikode in 1498 as the Vasco da Gama epoch. It led to the dominance of European maritime power over the land mass of Asia. Several naval battles marked an era of Atlantic dominance in the Indian Ocean. It was only at the Battle of Colachal that the Travancore forces defeated the Dutch.

Panikkar’s description of the competition among the regional powers provides a backdrop to the intense competition in the Indo-Pacific region, which led to colonialism. Today, the region has become a theatre for conflict against Chinese domination, which has led to the Quad, composed of democratic forces. If only India had used its maritime power as envisaged by Panikkar, Pax Indica would have prevailed in the region and the Indian Ocean would have become an Indian lake.

The Cold War rivalries of the big powers in the Indian Ocean prompted India to assert the rights of the littoral and hinterland states to the exclusion of foreign military presence as outlined in the Declaration of the Indian Ocean as a Zone of Peace. The external powers conceded that the regional countries have a special role, but maintained their military presence by establishing bases or by frequenting the sea routes with the possibility of tension and conflict. They paid lip service to the Zone, but fomented strife among the regional countries by selective collaborations with them.

An international conference to implement the Zone remained scuttled for years by creating fear among the smaller countries about the growth of regional powers like India. A hypocritical proposal by Pakistan to declare South Asia as a Nuclear Weapon Free Zone added more confusion to the situation as the external powers gained ground in the name of maritime cooperation with regional powers. China established a considerable presence in the Indian Ocean by building ports and other amenities for their own use.

More recently, India has developed a maritime policy and built deeper relations with the countries of the region, particularly the island states. Panikkar’s words that “India never lost her independence till she lost the command of the sea in the first decade of the sixteenth century” rang in the ears of the policy makers and balance was restored in the country’s strategic circles by making the Indian Ocean, one of the primary priorities in Indian foreign policy. Understanding India’s maritime past, evolution of India’s maritime strategy and the emerging geography of a wider Indo-Pacific region have become a part of India’s strategic thinking.

Panikkar may have erred on the question of granting Chinese sovereignty over Tibet, but Admiral Arun Prakash, the former Naval Chief, pointed out that seven decades ago, Indian historian-diplomat, KM Panikkar presciently observed, “That China intends to embark on a policy of largescale naval expansion is clear enough… with her bases extending as far south as Hainan, China will be in an advantageous position…” He has added that “no other historian has taken the trouble to chart out how India’s sea faring activity helped forge and sustained cultural linkages.” He points out that India’s links with South East Asia could not have been established and sustained without maritime intercourse between India and South East Asia. The period of colonial domination and exploitation erased our glorious maritime past as no western historical account has any mention of the sea faring skills of ancient Indians.

“Millenniums before Columbus sailed the Atlantic and Megallan crossed the Pacific, the Indian Ocean had become a thoroughfare of commercial and cultural traffic between the west coast of India and Babylon as well as the Levant,” Panikkar had reminded us. India does not celebrate our maritime traditions for fear of glorifying our heroes without verifying facts, while the Chinese even create fantasies about their sailors to build the glory of their maritime past.

Curiously, the souvenirs supposed to have been left behind by the Chinese sailors in distant lands included inscriptions in Malayalam and Tamil and carved statues of Ganesha and Hanuman! Could it be that Indian sailors had reached those shores even before the Chinese in the seventeenth century?

By paying homage to the maritime vision of Panikkar on the occasion of the 75th anniversary of Indian Independence, we are doing justice not only to him, but also to India’s maritime traditions.