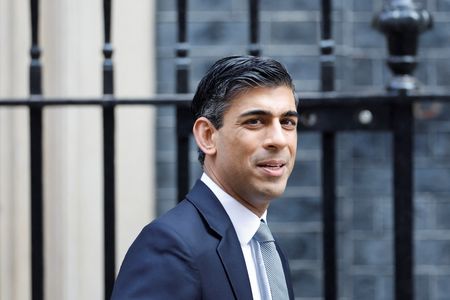 London, Jul 9 (PTI) Rishi Sunak, the British Indian former minister who has now formally launched his campaign to be elected the new Conservative Party leader and UK Prime Minister, emerged as an early frontrunner in the leadership race on Saturday.

The overriding view is that pro-Brexit Sunak is the candidate that can unite the divided governing party and is best placed to take on the huge economic challenges facing the UK as a former Chancellor.

His position became even stronger as one of the Cabinet ministers seen as a potential frontrunner, UK Defence Secretary Ben Wallace, formally ruled himself out of the race. “I ran the toughest department in government during the toughest times when we faced the nightmare of COVID,” said Sunak, in his #Ready4Rishi social media campaign launch video.

Our country faces huge challenges, the most serious for a generation. Someone has to grip this moment and make the right decisions, reads his message on the Ready4Rishi campaign website.

There has been some criticism from outgoing Prime Minister Boris Johnson’s loyalists, accusing the former Downing Street neighbour of plotting against his former boss because the sheer slickness of the video indicates his campaign was in the works for some time.

However, Sunak’s camp has been asserting that the video with very personal references to his humble Indian-origin family heritage, going back to his maternal grandmother Sraksha’s migration to Britain from east Africa, was put together in the hours after Johnson’s resignation became imminent.

According to Oddschecker UK, Sunak is in a clear lead with the bookies followed by other prospective candidates yet to declare such as UK Foreign Secretary Liz Truss and UK Defence Secretary Ben Wallace — before he announced his intention not to run.

Nigerian-origin former equalities minister Kemi Badenoch, 42, became the latest candidate to declare her candidacy. Tory backbencher Steve Baker has withdrawn his bid to throw his support behind Goan-origin Suella Braverman, the Attorney General who was among the first to declare her intention to compete for the top job. With senior Conservative backbencher Tom Tugendhat, that takes the tally of contenders to four with many others expected to line up in the coming days.

It will be a long-drawn process before the successor best placed to take over at 10 Downing Street from caretaker Prime Minister Boris Johnson becomes clear, with the timeframe expected to become clearer by next week.

According to The Daily Telegraph’, there are concerns within the 1922 Committee in charge of setting the rules and timeframe for Tory leadership elections that as many as 16 candidates may be considering a bid. Therefore, while it was expected that MPs would need the backing of 10 colleagues – a proposer, a seconder and eight MPs – that initial threshold is likely to be hiked to 20 MPs – a proposer, a seconder and 18 other Tory MPs – as a means to weed out the less serious candidates from the fray at an early stage.

Under draft plans to be agreed by Monday, nominations for the new leadership candidates are expected to close by Tuesday evening. A second round of voting is planned for later in the week when the last-placed MP will drop out. This will lead to a major 1922 Committee hustings meeting, expected around July 18, when all the remaining candidates will be grilled in private by the party’s MPs.

More rounds of voting are planned for that week to keep whittling down the last-placed MPs before the final two candidates remain – expected to become clear by around July 21. The duo would then go to a vote of the nearly 200,000 Conservative Party membership and the Conservative Central Office will take over the process to organise several member hustings’ meetings around the UK before the final ballot. To progress through each round, a candidate would require the backing of at least 15 per cent of Tory MPs and the 1922 Committee expects to have a new leader in place by September 5.