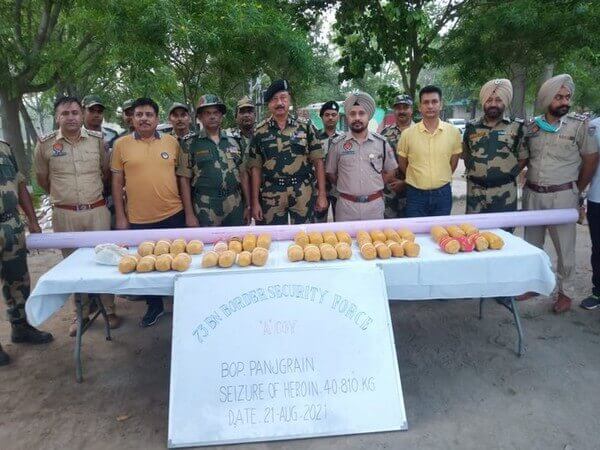 I have not followed Punjab’s politics too avidly for quite some time now.  However, with even basic knowledge and experience of serving there in the heyday of militancy and terror, my current hypothesis is that the state is being systematically subjected to a form of externally sponsored proxy conflict with which we are quite familiar; the international stakes in this are high too. If I make such a definitive statement I must justify it, and that takes me back forty years.

For Pakistan, retribution against India for the events of 1971, was and is an obsession. Trouble in Punjab may not have been initiated by Pakistan in the early Eighties but what existed was fully exploited when it erupted due to various reasons triggered internally. It was a ready-made situation, in which Pakistan did not have to expend much energy.

For India a rich agricultural border state with a heavy footprint in the armed forces could not be allowed to remain in a state of separatist tendency. India resisted tooth and nail and neutralised that proxy campaign but not without ten years of societal turbulence which tore Punjab apart.  Many  observers do ask why Pakistan suddenly buckled and did not pursue the separatist seeds it had sown in Punjab. I found the answer quite simple; Pakistan always knew that Punjab could not be won, its people were just too deeply wedded to being Indian.

What Pakistan did there in the Eighties was play a nuisance card; and it gave India a taste of what Pakistan would do in J&K once it was free from the shackles of the situation in Afghanistan. It wasted no time after 1988-89, as a fresh situation arose post the Cold War. There were two cusp years – 1990-91. It tried pursuing both Punjab and the freshly initiated proxy war in J&K during these two years; the intent being to exploit fault lines it perceived as vulnerable, proximate to the border and about which it had a fair idea, culturally.

In these two years it realised that it was no cakewalk pursuing this intent. With Afghanistan not under full control pursuing violent proxy war through terror, radical ideology and creation of networks in two border states of India was beyond its capability; in fact it feared that neither may work. It was constrained to pull back from Punjab to focus on its priority – J&K. Yet there was never a clean break, potential proxies remained under its tutelage, sheltered in Pakistan and I suspect sleeper agents always remained in Punjab, retaining some ability to cause mischief.

The terrorism in Punjab was however defeated by its own brave people although Pakistan did not pursue its strategy beyond a point, once opportunities arose in J&K.

Pakistan’s strategy to take revenge against India was all about wresting J&K through a combination of proxy violence and a change in ideology from the inclusive Sufi to something more obscurantist and in line with many of the dominant Islamic nations. For the better part of 30 years Pakistan has followed a dynamic campaign, changing tack very often to be relevant to the times and even cater for generational change.

The problem for Pakistan has been even more marked in the last couple of years. Its inability to calibrate optimally to remain within the threshold of Indian tolerance has constantly led to the spectre of an Indian response hanging over its head thus defeating the whole idea of fighting low intensity. The amendment of Article 370 and the other decisions of 5 Aug 2019 further tightened India’s hold over J&K. Fighting a successful proxy war and pursuing the old strategy became a major challenge for Pakistan; a change of tack was thus mandatory for Pakistan’s Deep State.

Even as it was pursuing the proxy war in J&K, in the early 2000s Pakistan opened another front in Punjab through a non-contact strategy; that of cultivation of a narcotics culture among Punjab’s youth. It spread like wildfire to the extent it came to be exaggeratingly reputed that even sufficiently able bodied men were unavailable for male recruitment to the army and police.

Pakistan also attempted to spread the turbulence back to the Jammu region (it had receded after the first decade of the millennium) bordering Punjab, a couple of incidents of infiltration, the Pathankot terror attack of 2016 and incidents around Samba and Kathua appeared to confirm Pakistan’s spreading arc of sponsored terror. Drones commenced flying into both the Jammu and Punjab border districts dropping payloads of weapons, carrying out reconnaissance and even a strike.

At the same time the Sikh separatist elements in Canada, UK and elsewhere were activated and criminal networks in Punjab were taken on board. Pakistan’s ploy was clear that a successful movement in J&K may not be possible with this kind of force deployment; there would be a need to spread Indian security forces thinner on ground across J&K and Punjab. In fact for Pakistan, keeping two Indian border states in state of relative turmoil even as China’s need for Pakistan increases manifold, works most optimally; no terminal aim is attached to such a strategy. The problem of calibration can be largely overcome if a Chinese foil is available against Indian conventional superiority and therefore any potential Indian conventional response.

Now with Afghanistan in a different mould, Chinese dependence on Pakistani guidance in the region are much more marked, relative freedom for Pakistan’s forces on the western border and an international situation quite akin to 1989 coming into existence. Pakistan is probably considering past parallels and getting tempted by what could be a possible progression of events.

The attempts to regain traction in J&K through targeted killing of soft elements such as minorities could be a precursor to more deliberate attempts to also bring chaos to Punjab. The upcoming elections, relative political uncertainty and instability are all creating conditions most ripe for re-initiation of separatism and societal and political turbulence. The existence of separatists in western countries and no efforts by those countries to curb their activities always keeps a ray of hope burning among the separatists. Social media and enhanced communication facilities have made it far simpler than ever before to keep the motivation flowing, as also the finances.

So does India sit on its haunches awaiting a strike and resultant chaos. As a nation hugely experienced in handling separatism, proxy wars, hybrid conflict and more, there is a need to lower its level of tolerance, as has been done in some instances in recent years. Inaction breeds confidence in the adversary. No one is advocating war. What is necessary is resolve, to commit to response and demonstrate it. The threat in the north has attempted to stymie our confidence and hem us in, such that a weaker Pakistan feels confident to take us on. The recent visits to New Delhi by important international leaders  have recognized India’s position in the international community. Rethinking on Afghanistan is also on in New Delhi and its initiatives though slow are appropriate. More consensus building and outreach may yet be required.

It’s sometimes exasperating for the public to imagine how Punjab is connected to J&K and then the two are connected to the international security environment and India’s Afghanistan policy, or even to the threat at the northern borders. That is what India’s geostrategic location brings with it; not all negative though. Display of strategic resolve, multilateral consultation, economic revival and internal stability can place India in a most enviable position in the international order. And we started this conversation with Punjab where the political disorder was brought about because of the ambitions of a petty politician against the wisdom of a former soldier, now politician.

Feb 17, 2022
All points well said and received. Perhaps you can explain why despite all the hot air from our side, and constant talk of what we are going to do at some time in the future (and never do): (a) our jawans at the border are ill trained, poorly nourished, poorly equipped, poorly supported, lack munitions and firepower (do all our armaments serve as decorations for Jan 26 parades?), and (b) we cannot deter Pakistan's daily attacks in some shape and form (insurgents, terrorists)? Why are we not active in destabilizing Balochistand, Sindh, Gilgit Baltistan, POK? We need daily raids (the way in which Israel (our true friend and kindred spirit) does when surrounded by enemies that you cannot talk to or reason with to any end? We need footage of Indian jets bombing targets in Pakistan, and footage of jawans capturing terrorists active on our border; not hot air, proclamations, announcements, and secrecy (to enable Pakistani denial).