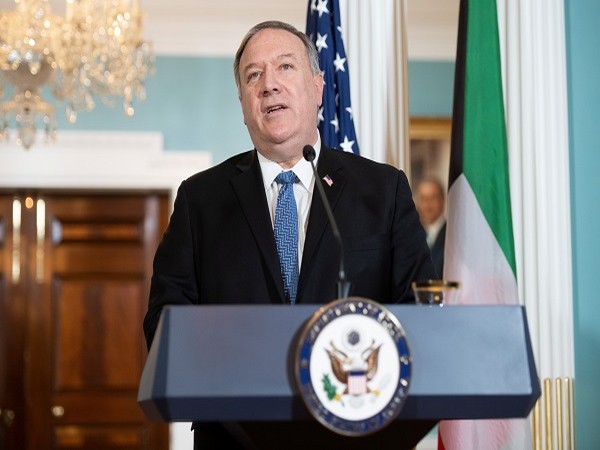 Washington [US], July 2 (ANI): Former US Secretary of State Mike Pompeo on Thursday said Chinese President Xi Jinping is serious about his ‘bashing heads bloody’ remark and called on President Joe Biden’s administration to strengthen its policies against Beijing.

During the 100th founding anniversary of the Chinese Communist Party (CCP), Xi threatened that any nation who gets in the way of China’s priorities “will find their heads bashed bloody against a great wall of steel”.

In an interview at Fox News, Pompeo urged the Biden administration to take the Chinese threat seriously and that the Chinese President sees America as ‘weak’.

“We’ve seen this now for six months with this administration: unprepared to respond to Chinese aggression,” he said.

The former US diplomat claimed that Biden still refuses to hold China accountable for obstructing a full investigation into the origins of COVID-19 and has yet to penalise Xi’s regime for its oppressive actions against the people of Hong Kong and Xinjiang province.

“The Chinese can see weakness. They can see an administration that’s not prepared to respond in the way the Trump Administration did with clarity and force and resolve. This is what it’s going to take to deter Xi Jinping,” he said.

Pompeo further remarked: “Xi is serious. He has confidence, he’s aggressive. He thinks America is declining. He’s wrong about that but it’s going to take American leadership to prove him wrong.”

As the CCP centenary celebration began, China revelled in what it views as the bedrock of the nation’s global success. However, they will without a doubt fail to mention that tens of millions of people have been killed at the hands of the CCP, according to Fox News.

CCP chief Mao Zedong became China’s leader in 1949 and moved to annex Tibet in 1951, where an estimated 87,000 Tibetans were killed, alongside 2,000 Chinese soldiers. Tibetan spiritual leader Dalai Lama fled into exile, where he has remained since.

Despite Mao’s promises of a “Great Leap Forward”, a massive famine swept China, devastating the country and killing as many as 30 million people.

The Xi-led regime has seen massive human rights violations of Uyghurs and other ethnic minorities in Xinjiang, while Beijing has also moved forward to crush free speech and democracy in Hong Kong. (ANI)

Jul 02, 2021
I agree with Pompeo that the US has to take much stronger measures against China. However Xi Jinping’s bellicose rhetoric seems to be an endeavour to shore up domestic nationalist support & to also strengthen his position in the Chinese Communist Party & that is an indication that Xi Jinping is wary of his rivals in the party. This is an area which should be exploited by the US & western powers.