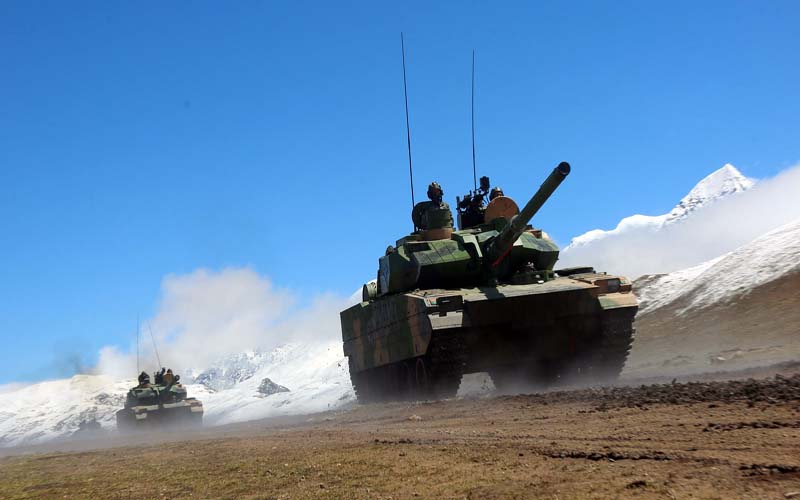 At the very outset, it can be categorically stated that India has not only stalemated the situation but had also caused criticality for PLA by pre-emptive occupation of dominating features on Kailash range. The operation on Kailash Range had mechanised elements in vanguard and were in face of massed PLA armour across Spanggur gap. According to informed experts stalemate, for initiator claiming to be global hegemony, amounts to loss.

PLA has injected more versatility in their armoured fleet with introduction of light tank, ZTQ, first fielded during Doklam crisis.  Our BMP-2s, ICVs, duly integrated with medium tanks can be adapted for some of the relevant tasks. The Chinese threat, though stemmed currently could manifest again and more such forays can’t be ruled out. Hence, it was axiomatic that a review of mechanised fleet was carried out to meet emerging challenges in Himalayan sector. Consequently, Request for Information (RFI) for 350 light tanks has been issued. Concurrently, customised modernization of existing fleet of medium tanks is also being fast tracked.

Our medium tanks, T-90s and T-72, in right combination are more than a match for these tanks.  It is pertinent to highlight that numerically four of our regiments can match five Chinese regiments as our regiments have nearly 50 A vehicles. However, our main stay- T-72 needs to be equipped with upgraded engine. Additional power is required to compensate for de-rating of engines by approximately 25% in high altitude areas. Russian tanks are customised to operate in extreme cold climate but customised value additions like Auxiliary Power Unit (APUs) have been identified, as part of ongoing modernisation including creating an eco-system of heated garages and repair bays, which needs to be fast tracked.

PLA’s mechanised infantry ismix of old tracked Type 86 ICVs,  wheeled WZ-551 APCs (6×6) and limited number of more contemporary VN-1 (8×8) ATGM carriers with Red Arrow missiles. Our BMP-2s are more than a match to PLA ICVs. It is seen that PLA infantry has got used to being transported and operates largely in motorised mode. Although we enjoy marginal edge in our ICVs, yet modernisation in terms of up-gradation of power pack is a critical requirement for operation in high altitude terrain to offset losses in engine power. While India follows traditional philosophy of employment of infantry, largely without vehicles, yet the need is to give them some protection and mobility in form of mechanised/motorised infantry. It is indeed commendable that much needed though belated correctives are underway with induction of Kalyani M4, Mahindra ALSV and TATA LAMV variants.

China added considerable versatility to its mechanised fleet by fielding a light tank, ZTQ-15 also referred to as Type 15 or Xinquingtan. It is essentially lighter medium tank with weight of around 34 tonnes, amounting to sort of hybrid between medium and light tanks.  Classically, light tanks are generally in sub 30 tonne class, ideally 25 tonnes, with Power to weight ratio (PWR) between 30 to 35. Type-15 has been fitted with extra wide tracks to offset additional weight and reduce Nominal Ground Pressure (NGP). PWR and NGP are key enablers for agility and trafficability in marginal terrain. To that extent, it is compromise of sorts specially in terms of protection, fire power and mobility.

Type 15 has been utilised in heavy droppings, giving it as an edge for utilisation in quick reaction forces. This tank was introduced in 2017 and 40 tanks have been supplied to Bangladesh, with 140 more in pipe line. The main features of this tank are 105 mm rifled guns and 1000 HP engine. Type 15 though hyped as game changer is neither really light nor replacement for medium tanks, certainly not panacea. In keeping with Chinese reliance on incremental or evolutionary designs, this tank is follow-up and replacement for antiquated Type-62 tanks.

As is well known, we currently don’t have a light tank on our inventory. Historically, light tanks had defining and iconic role in 1947 operations, when Stuart tanks were inducted across Zojila to stem raiders. AMX-13 were again utilised in Chusul during 1962. We had Stuarts, Shermans, AMX-13 and assorted armoured cars in 1965 and earlier operations till 70s. Russian PT-76 tanks, replacement of older light tanks proved their mettle in 1971 operations. Light tanks have their utility in reconnaissance, scouting and out of area contingencies including peace keeping operations. They can be also be utilised in riverine, creeks/marshy back waters, island territories and coastal areas besides high altitude terrain.  Light tanks, if applied audaciously and with imagination for reconnaissance in force, can open up possibility for Quid Pro Quo (QPQ) operations.

After de-induction of PT-76 tanks in 1989, half-hearted attempts to find replacement were made including trials of Brazilian- Uruthu; British- Scorpion and French light tank in late 80s. Formalised RFI for 200 wheeled and 100 tracked light tanks was promulgated again in 2009 as part of build up for Mountain Strike Corps. Major specifications were 22 tons with gun calibre between 105 to 120 mm. Wheeled variant was to be 8×8 or 6×6 configuration. However, this RFI was retracted. Concurrently, DRDO has experimented with certain variants, utilising BMP chassis with 105 mm gun as also French GIAT TS-90 chassis. Even certain private manufacturers and DPSUs/Ordnance factories have produced prototypes in both wheeled and tracked versions, not finding much traction.

India has projected requirement for 350 light tanks on fast track basis. This would translate to six to seven regiments depending on equipping norms. It will be important to clarify that the requirement is for an ‘Agile’ tank with optimum balance between fire power, weight (light) yet with sufficient protection.  Strategic mobility in terms of air portability is an added imperative enabling strategic mobility. Desired profile would be tank of around 25 tonnes with power to PWR of 30-35 and gun calibre of 105-120 mm with missile firing and modern optronics. It is desirable to have tracks with rubber shoes to minimise damage to fragile communication arteries. Modernization in terms of Active Protection System (APS), anti-drone measures and rubberized tracks could be incorporated later. The overriding parameter is ownership of not only TOT but also ‘know-how’ through co-development under Atam Nirbhar route.

Scan of global inventory generates few options ranging from eight wheeled Stryker variants, which were tried out in Yudh Abhyas series of joint exercises and even offered by USA through FMS route but not found suitable. Russia has 2S25 Sprut-SD light tank , weighing 18 tonnes, with 125 mm SB gun and PWR of 28.3 hp/ton. These tanks have also been air dropped in exercises. Israeli Sabrah tank is in keeping with her protection oriented philosophy and weighs 55 tonnes and only suited for desert terrain. Another viable line of development is to utilise expertise gained in production of K-9 Vajra SP gun. This is aligned with S Korean, K21-105 Hanwaha tank. This tank is joint production endeavour with Belgian John Cockerill Defence. Prima-facie, it can be tweaked to meet most RFI parameters, thereby adhering to stipulated deadline. The details of this platform can be accessed on Chankya Forum site and app.

First and foremost requirement is to build a versatile family of ‘A’ vehicles with optimum mix of medium and light tanks with customised support equipment. Consequently, there is urgent need to fast track development process for light tanks. Secondly, we need to find partners and achieve indigenisation and joint production. Thirdly, existing fleet of medium tanks in high altitude areas needs to be modernised, most importantly by upgrading their power packs. Fourthly, ageing ICVs should be given much needed up gradation package including power pack and better protection system. Fifthly, an eco-system for garages, training and sustenance should be set up in these areas. Sixthly, infantry should be provided with protected high mobility vehicles. Seventhly, commonality of platform should be attempted to reduce logistical challenges. 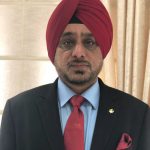 Lt Gen KJ Singh, PVSM, AVSM & Bar is a former Western Army Commander and is currently, Haryana State Information Commissioner, after his tenure as Advisor to CM. He holds the Maharaja Ranjit Singh Chair in PU and is Member- UT Advisory Council. He is a regular columnist.

Jun 23, 2021
I do agree with comments of Col Akshaya Handa (Retired). Armed drones and UAVs along with good anti tank capability in the form of ATGMs, helicopters and PGMs delivered by 155mm artillery. Light tanks and ICVs are also required for counter offensive operations to checkmate Chinese as learned from Galvan episode.

May 30, 2021
What is needed in that terrain is not armour but good anti tank capability in the form of ATGMs, UAVs, helicopters and PGMs delivered by 155mm artillery. Just because the PLA has used armoured formations there for posturing and psy domination is no reason for us to be inveigled into imitating them. What armour and mechanised infantry we have inducted there will suffice specially as we have no offensive designs into Chinese territory. The terrain there lends itself to well designed obstacle plans for channelling ingressing armour into excellent killing areas.

May 30, 2021
I agree with Col Handa. The General is suggesting 20th Century cavalry type solutions to 21st Centry warfare where technology will win over mass. Easier and faster to induce mass by relocating another mechanised formation from the Western borders and go for UAVs to give a cutting edge.

May 30, 2021
Armed UAVs would be a better option than looking at induction of more armour. The Azerbaijan Armenia conflict provides an indication of weaknesses of Armoured vehicles in the face of such equipment. Looking at induction of additional armour is akin to confronting an enemy's strength rather than weakness - never a recommended strategy. Moreover on a cost to cost basis, armed UAVs would provide many more options for commanders. The only challenge is UAVs capable of operating in the ratified atmosphere of high altitude. However, that too can be overcome with adequate application of mind.

May 30, 2021
hoping for a more detailed follow up article soon...please keep us updated