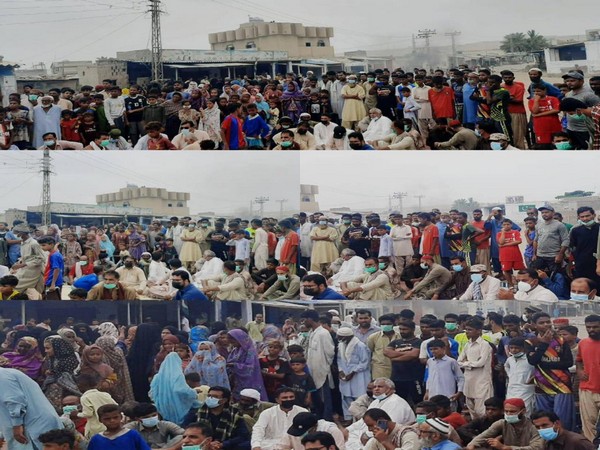 There’s a war on that nobody has noticed. Or cares to report on, even in India. In Pakistan, it’s been wiped off mainstream media, sometimes due to fear, but mostly due to indifference. Baluchistan may be a core resource for Pakistan, but by Rawalpindi’s standards, it’s in the back of the boondocks; until one of its own is ‘executed’ by those they call terrorists, and local Baloch see as their only source of hope. That was what happened recently when a Colonel Laeeq Baig Mirza was shot by the Baloch Liberation Army (BLA) and his death announced on social media.

It’s all rather chilling. The group announced that the Colonel was directly involved in genocide and grave human rights violations but was given every opportunity to prove his innocence. Apparently, the army officer was tracked and captured by a ‘Special Tactical Operations Squad’ of the BLA in an ‘intelligence-based operation’, a terminology that deliberately mimics the Pakistani Army vocabulary. More chilling is the fact that it declares it has a list of those officers from the Army who have been involved in ‘disappearances’ and will deal with them all. The demand? That such operations will continue until the ‘Occupying Army’ leaves. It’s not going to, but that doesn’t stop the Baloch from demanding it. Simply put, they have no other choice but to fight almost till the last man standing.

Few will be unaware that the Baloch have been fighting for independence from the time Pakistan was born as a country, or that the Khan of Kalat – which is largely commensurate with the present province – declared independence. The Pakistani Army went in anyway and that was that. True, the Indian Army did the same in Hyderabad, but here’s the difference. In subsequent years, a thorough going democracy, a clear constitution and a few good men as leaders managed to keep everyone together in India. Pakistan had a succession of constitutions till 1973 and has already spent more than half its existence as a military state. When the Baloch protested, the state used brutal military force including aircrafts provided by Iran, in one of the worst phases from 1973-78. That campaign set the tone for Baloch nationalism, and worse, sent it to shelter in Afghanistan. As for India, the Indira Gandhi government promised aid, and then backtracked. That was a total betrayal.

The BLA powers up

Since then, the Baloch rose again and yet again, but failed as their tribal leaders fought among themselves or collaborated with the Pakistani state, accepting deals for larger royalties on their gas reserves, or better perks. Through these difference phases, the discontent spread into larger and larger areas.

By 2003, several shadowy groups of insurgents sprung up, taking the movement into their own hands.  The most important was the BLA, but others included the Baloch Liberation Front (BLF), the Baloch Republican Army (BRA) and others. And naturally, they based themselves in a corner of Afghanistan. And in time, they gained experience and combat capability. And suicide bombers like Shari Baloch mother of two, and a primary school teacher, who chose to give up her life to kill Chinese nationals in her province in April this year. Like many fighters, she had also been a member of the Baloch Students Organisation – Azad in her younger days testifying to a long and constant commitment.

In February, the same group staged simultaneous assaults on the two bases of the Pakistani paramilitary Frontier Corps in Panjgur and Nushki, which lead to a siege of at least three days, and which killed nine soldiers, including two officers, injuring six others. The scale of that operation shows a group with a formidable capability.

Though Rawalpindi would like to credit the Indians with this rise in strength, the truth lies in the detail.

First, the insurgency has gone on for more than seventy years, which means there is a ‘culture’ of violence and resistance. Islamabad could argue that that situation is the same in Kashmir, with one vital difference. In Kashmir, the forces quite literally operate with one hand tied behind their back, with operations strictly restricted to not allow a single casualty more than necessary. There are no such scruples in Pakistan, where ‘disappearances’ of young men have become part and parcel of life. Revenge killings like the gunning down of nine elderly Baloch in retaliation for the ‘execution’ of the Colonel, have caused outrage. Immensely moving first hand accounts talk of the issue, where peaceful protests by relatives have been met by brute force.

The second issue therefore is that with their backs to the wall, the Baloch have no option but to fight.

Third, even assuming that the insurgent opts for peace, there’s no value in it. The main grouse of the people is that their resources, which includes large gas reserves – yet remaining powerless  – and copper and gold mines are exploited by ‘outsiders’. Some movement is now on to ensure that the Reqo Diq mines will pay royalty to the provincial government, and will be funded in part by the centre. The massive Gwadar port project employs few Baloch, and in fact has led to protests against Chinese fishing trawlers that deprive the large fishing community its only source of income.

And finally, there’s no getting away from the lot. Dissidents abroad like Karima Baloch – found dead in Canada under mysterious circumstances – or Sajid Hussain, killed in similar circumstances in Sweden, are part of the wider operation that aims to quite literally silence the Baloch cause.

For Pakistan, a seceding of even a part of Baluchistan would be disastrous. It’s not just the resources. It’s also its nuclear weapons testing centre at Chagai, storage areas for its Shaheen missiles in at least three locations in the mountains of the province, and  at least  one known submarine communications outpost, and finally not just Gwadar, but its main naval bases further up the coast. Without Baluchistan, Pakistan would be like a wingless bird.  Rawalpindi knows it, and hence the sheer brutality that it manages to hide from the rest of the world. That’s the main problem. The rest of the world is simply not interested.

The other problem is that despite this, Pakistan will probably not be able to ‘pacify’ the state. In a country where women have to fight for basic rights, Baloch women are striding around with a gun. Islamabad can’t even begin to understand the people that it claims as its own. Baloch can and do blame India, which has done little or nothing for them in real terms.

At the very least, we could give them a space to talk to the world. After all we talk enough ourselves, on television, on radio, and on social media. A little talk time on television or a radio station wouldn’t hurt.

Dr Tara Kartha has spent 17 years at the National Security Council Secretariat, which sits at the apex of India's national security architecture. At the NSCS, she worked on terrorism and other security issues relating to the neighbourhood, and held special charge of the National Security Advisory Board (NSAB), among other responsibilities. Earlier, she was at the Institute of Defence Studies and Analyses (IDSA) for eight years, where she authored her book, Tools of Terror: Light Weapons and India's Security. She was also a consultant for the UN Non Governmental Expert Group on Small Arms and Light Weapons, and a resource person for the National Defence College (Delhi) and College of Combat (Mhow), in addition to being a member of the Council for Security and Cooperation in the Asia Pacific (CSCAP), and Pugwash (India).