Pakistan works on policy to give ‘death of thousand cuts’ to India: Rajnath Singh 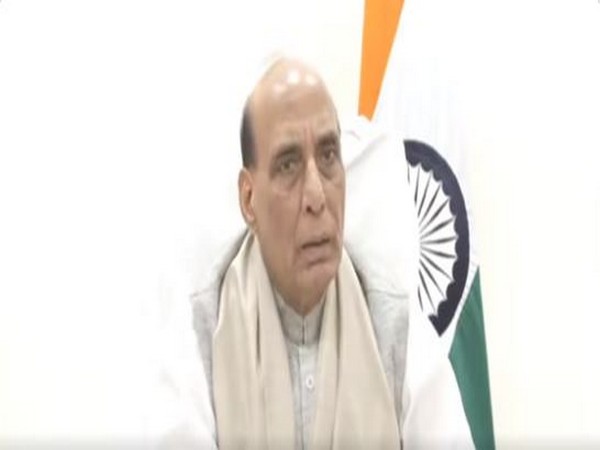 Singh said this while addressing Late Balram Das Tandon Memorial Lecture on national security. Speaking at the event, the Defence Minister said, “Ever since India became independent, it has been a constant attempt by many anti-India forces to create an atmosphere of instability within India. A massive effort has been made for this from Pakistan’s soil. There were two wars between India and Pakistan in 1965 and 1971, in which Pakistan had to face defeat. The defeat in these wars completely proved that they are not in a position to do full-scale war with India.”

He said that the inability to wage a direct war against India forced Pakistan to work on two policies. “On the one hand, they took steps towards finding an atomic way and on the other hand started work on the policy of giving ‘Death of thousand cuts’ to India,” Singh said. The Defence Minister said that in February, 2021 a ceasefire agreement was signed between the DGMO of India and Pakistan.

“That is why we are also in wait and watch position because the trust deficit is a big problem between the two countries. However, since the last few days, there has been no ceasefire violation on the border,” he explained. “Be it the surgical strikes after the Uri incident or the Balakot airstrikes after the Pulwama attack, the Indian Army’s stern action against terrorism is not found at least in the history of independent India,” he stated.

He said the abrogation of Articles 370 from Jammu and Kashmir will pave the way for peace and stability in the union territory. “I believe that the remaining terrorism in Kashmir will also end. I have this belief because the strength that the separatist forces used to get there due to Article 370 and 35A is over now,” Singh added. (ANI)

Aug 30, 2021
So finally the defence minister says that publicly. Great but we as a country are literally fed up of loosing our bravehearts in this proxy war. We have the ability to absolutely crush pakistan be it economically militarily or diplomatically. The waters are out of the vessel pakistan should be crushed as it will continue to export terror and remember the ceasefire which was gifted by the leadership of India to pak failed army is goona prove costly and the consequences will always be forced upon our soldier on loc.