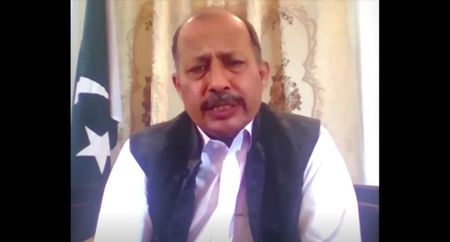 “Regional connectivity is an important element of our discussion with Afghan leadership and our way forward for our economic interaction with Afghanistan,” said Mansoor Ahmad Khan, Pakistan’s envoy to Kabul, in an interview with Reuters. “This important project – China Pakistan Economic Corridor … provides good opportunities, good potential for providing infrastructure and energy connectivity between Afghanistan and Pakistan … (and) also connecting South Asia to the Central Asian region.”

CPEC is a central part of the Belt and Road Initiative, under which Beijing has pledged over $60 billion for infrastructure projects in Pakistan, much of it in the form of loans. Khan said that discussions had been held with the Taliban-led administration on this and other ways to develop the country’s economy. “I think there has been deep interest in terms of developing economic connectivity of Afghanistan with Pakistan through CPEC and with other neighbouring countries including Iran, China, Central Asian countries.”

In recent days representatives from Pakistan, China and Russia have held meetings with Taliban officials. Khan said security and economic development were the two main topics under discussion and that these countries expected to continue to consult as a group and meet with the Taliban going forward.

Since the Taliban took over Afghanistan on Aug. 15, the country has been plunged into economic crisis as the nation’s international assistance has been largely cut off. Billions of dollars in central bank assets held abroad have also been frozen, which has put pressure on the banking system and prevented most transactions involving U.S. dollars, which Khan said was also hampering trade.

Khan said that Pakistan was also trying to work with the international community to ease international restrictions on the banking system and several executives from Pakistani financial institutions with a presence in Afghanistan had visited Kabul in recent days to see if the situation could be improved should international limits end.

The United States and other Western nations are reluctant to provide the Taliban with funds until the Islamist militant movement provides assurances that it will uphold human rights, and in particular the rights of women. Pakistan, which shares a border with Afghanistan and hosts millions of Afghan refugees from decades of conflict, is concerned about the economic crisis hitting its neighbour. Its prime minister, Imran Khan, and other officials have urged the international community not to isolate the Taliban administration, saying aid should be provided to prevent economic collapse and a wave of refugees.

Pakistan has had deep ties with the Taliban and has been accused of supporting the group as it battled the U.S.-backed government in Kabul for 20 years – charges denied by Islamabad. However, Pakistan has not yet formally recognised the Taliban-led administration and Khan, the Pakistani ambassador, told Reuters that “the issues of formal recognition will come later as Pakistan is part of the international community.”