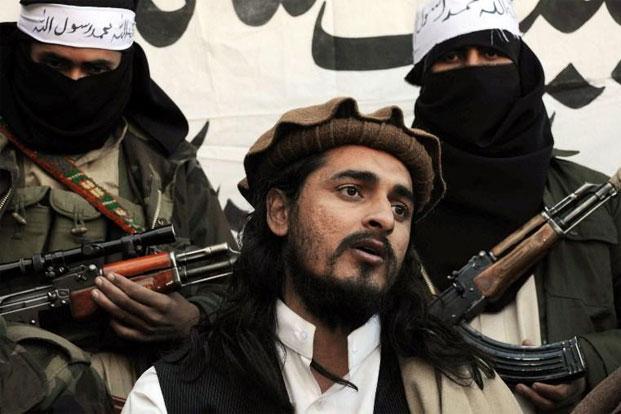 In recent days, the Pakistani state and military establishment has had to make two stunning U-turns to kowtow before ‘Indian agents’. The first was a humiliating surrender to the Tehrik-e-Labbaik (TLP); the second was the verbal and intellectual gymnastics to justify an even more humiliating deal with the Tehrik-e-Taliban Pakistan (TTP).

Just days before the capitulation before the TLP, the czar of all fake news in Pakistan, the disinformation minister Fawad Chaudhry, along with other cronies of Imran Khan went to town alleging that TLP was being funded by India, that its entire social media campaign was being run from India, that it had links with Indian agencies. But after the regime threw in the towel before these ‘RAW sponsored’ clerics, the very same fake news peddlers squirmed with embarrassment when asked how and why they did a deal with ‘Indian agents’.

The ‘peace talks’ with the TTP and the ceasefire agreement entered into with the jihadist terrorists is an even more staggering U-turn. For over a decade, the TTP has been portrayed as being India-funded organisation. This rubbish – or rather fake news – was fed to the ever obliging ‘independent’ media and the hate-filled, indoctrinated, but also utterly ignorant, people of Pakistan. They unquestioningly lapped it up because it conformed to all their prejudices and their conspiracy theories about the devious Hindu constantly trying to undermine and undo their country. And then suddenly after a decade of spinning all kinds of yarns, the military establishment and its ‘selected’ regime informed the people that these ‘RAW sponsored’ Islamist killers were now going to be partners in peace.

The Pakistani ‘establishment’ and government has always found a convenient bugbear in India. Nothing concentrates the Pakistani mind more than something which has an Indian label attached to it. Way back in November 2007, a former cabinet minister who held a very important office in the Musharraf era admitted as much in an off-the-record conversation with me that once someone or something is linked to India – Balochistan, MQM, TTP, TLP, PTM – it is extremely easy to marshal public support against that person, party or movement. No one bothers to ask any tough question to verify the veracity of the charge, much less examine the logic, or lack of it, behind the allegations and charges being levelled.

Any cock and bull story will be blindly accepted as true, and the more lurid and ridiculous it is, the more it sells. One glaring example of this is how a retired General recently claimed in a TV programme that India had brought people (never specified which people and from where) to Afghanistan, trained them, and then infiltrated them through the Wakhan Corridor into Xinjiang to stir trouble for China! No proof offered, none asked for; all the guests on the show dumbly accepted as true the rubbish that this General dished out.

No one in the Pakistani media or commentariat ever asks why if TTP was working for India or being funded by India, the former ISI chief Ahmad Shuja Pasha called Baitullah Mehsud a patriotic Pakistani in 2008 after the 26/11 attacks in Mumbai. Why did Shahbaz Sharif publicly say in 2010 that TTP shouldn’t carry out attacks in Punjab because the PMLN government and TTP both were opposed to Pervez Musharraf’s pro-US policies? Why did Imran Khan oppose military operations against TTP and advocate opening their offices in Khyber Pakhtunkhwa where his party was ruling? Why did Jamaat Islami Emir Munawar Hasan call the TTP chief Hakimullah Mehsud a martyr after he was killed in a drone attack?

There are innumerable such statements from politicians and ‘establishment’ figures batting for TTP. Why were they all rooting for an organisation that was being funded by RAW? Why did the Army adopt such a kid glove approach towards the TTP which massacred soldiers and played football with their severed heads despite knowing these were Indian agents? Unlike the ethnic nationalists – Baloch, Pashtun and Sindhi – who are treated as enemies of the state, the TTP terrorists were always treated by the Pakistani security establishment as ‘misguided’ youth who needed to be brought back into the mainstream. Why such softness towards terrorists who were on India’s payroll?

The Pakistani press is so compromised that it repeats ad nauseum that Ashraf Ghani’s government gave India a free hand to use TTP against Pakistan. They keep alleging that safe havens were given to TTP cadres and commanders by the Afghan intelligence agencies inside Afghanistan. But they never say that when Ashraf Ghani came into office in 2014, for almost a year he bent over backward trying to appease Pakistan. He had kept India out in the cold. It was only after the repeated stabs in the back by the Pakistanis that Ghani smelled the coffee and started to call out Pakistani perfidy. Secondly, the areas in which TTP guerrillas took refuge were ungoverned spaces in Afghanistan. Even Afghan government writ did not run there. The same Pakistanis who used to deride Ghani as the mayor of Kabul would without batting an eyelid accuse him of not taking action in the remote and inaccessible areas in which TTP had moved.

Third, the Ghani government arrested and imprisoned hundreds of TTP fighters, including top commanders. Most of these people were released from the jails by Pakistan’s proxies the Afghan Taliban after they captured power. If indeed India had so much clout on the Ghani government and was hand-in-glove with the TTP, then how come India didn’t lean on Ghani to release all the TTP fighters? Fourth, most TTP fighters moved into Afghanistan as a result of Pakistani military operations in 2014. From 2015 to 2019, the TTP terror activities in Pakistan saw a sharp fall. If RAW and NDS was using TTP, funding it, equipping it, training it – Pakistani analysts claim that the Indian sponsorship of TTP spiked after the fighters took refuge in Afghanistan – then surely it was a futile exercise on part of RAW and NDS because these guys were unable to deliver the results that their sponsors would have expected from them.

The Pakistani ‘establishment’ knew that Afghan Taliban and Pakistani Taliban were cut from the same cloth, ideologically completely aligned. And yet Pakistan continued to peddle the fiction that the Afghan Taliban had no truck with the Pakistani Taliban. Even TTP Emir swore allegiance to the Taliban Emir-ul-Momineen. They fought on the side of the Afghan Taliban and gave them refuge when they escaped from Afghanistan after 9/11. The Taliban, including Haqqani Network, settled the disputes within TTP and even played a role in the sanctifying the TTP leadership. The Afghan Taliban never ever condemned the terror attacks by the TTP, and they never stopped the TTP from targeting security force personnel or civilians. But for Pakistan, Taliban were strategic allies, and all the blame for the TTP was heaped on India’s head.

After the Taliban re-established their Emirate, there was a sudden spike in TTP activity. This was really embarrassing for the fake news peddlers in Pakistan because now there was no India to blame. Even the normally compliant and compromised Pakistani media started asking uncomfortable questions about TTP and their linkages with the Afghan Taliban. The spin that spokespersons of the ‘establishment’ gave to this was rather disingenuous. They claimed that the uptick in TTP activity was because they were using the last bits of money and weapons left behind by India, and that these attacks would soon fizzle out.

The Pakistanis were confident that since they had supported the Taliban all the 20 years when they were waging a campaign of terrorism against the US led international coalition, the Taliban would reciprocate by cracking down on TTP. But contrary to their expectations, the Taliban have repeatedly refused to carry out any military operations against the TTP. Instead, they have told the Pakistanis to accommodate the TTP and facilitate their return home by negotiating with them. Had the Ashraf Ghani said anything similar, the Pakistanis would have gone ballistic. Now, however, they meekly gave in to what the Afghan Taliban told them to do.

If Pakistan is serious about combating the TTP brand of terrorism or the TLP brand of extremism, then it needs to end its denial about these outfits, and its dissemble on the role India is alleged to have played in building up these movements and organisations. Lies told to the people has a bad habit of coming back to haunt; lies told to yourself, and worse, believing and internalising those lies, prepares the ground for an even bigger disaster, precisely the disaster Pakistan is now staring in the face. Deflecting attention by blaming TTP or TLP on India is really not going to solve Pakistan’s problems, even less now that there is no India in Afghanistan which served as a convenient punching bag.