Pakistan and The Paradox of Power 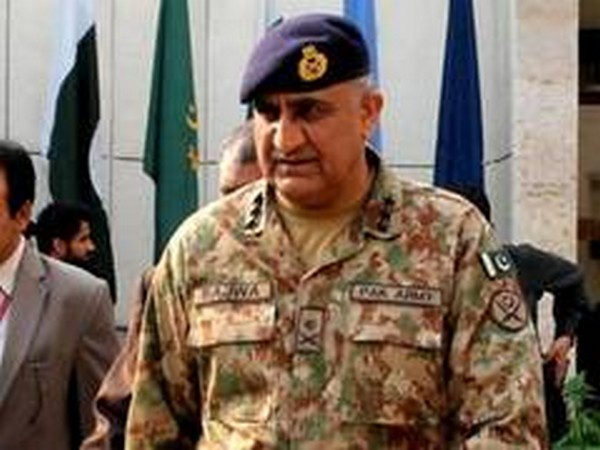 One of the immutable, if also somewhat counter-intuitive, laws of Pakistani politics is best described as the Paradox of Power. According to this, the stronger a politician appears, the weaker he becomes; conversely, the weaker a politician gets, the more power and strength he gains. In the former case, all rivals and some benefactors have an incentive to pull the politician down; in the latter case, a weak position forces a politician to compromise and make concessions to appease and placate allies and benefactors and is able to recover lost ground. This see-saw continues until it is no longer tenable, and a change becomes unavoidable, even necessary.

Until October 6 when the entire controversy over the change in command of the ISI erupted, Imran Khan seemed to be firmly ensconced in the Prime Minister’s chair. The opposition was unable to get its act together and pose any serious challenge to him. After October 6, over the next 40 odd days, it seemed that Imran Khan’s regime was on its way out, in large part because the military that brought him to power and kept him in power, seemed to be distancing itself from him. Suddenly, the regime seemed extremely vulnerable. It lost on the floor of the National Assembly, its allies made noises about pulling out support, it was forced to capitulate to the Tehrik-e-Labbaik Pakistan, its ministers and MPs were walking around with long faces. The arrogant Imran Khan was forced to climb down his high horse and appease his skittish allies who were threatening to bolt from his stable.

And then suddenly things once again turned 180 degrees in favour of the regime after it managed to ram through 33 bills in a Joint Session of Parliament. After the resounding victory in the Joint Session on November 17, there is a spring in the step of ruling party members, and their arrogance and obnoxiousness has come back. The opposition appears shell-shocked, in disarray, without ideas, and worse, without any stomach for a fight. Once again it looks as if Imran Khan is now all set to serve his full term which ends in August 2023. But was this Imran Khan’s win? Or was it yet another example of the power of the Pakistan Army in the politics of that country? Is this a temporary leg-up that Imran has got over his political rivals and before long he will be shown the exit door?

This is where a critical caveat to the Paradox of Power comes into play. Politics in Pakistan flows from the barrel of the guns of the generals of Pakistan Army. This means the political pantomime is something of a puppet show in which the strings are pulled by men in Khaki uniforms. Like a puppet show cannot happen without puppets, Pakistan Army needs the politicians. The civilian façade under the fiction of democracy gives a degree of legitimacy to the system. The Army therefore needs civilian faces – these keep changing depending on which kind of face the Army needs at any particular point of time. Sometimes, the audience demands a change of scene and particular characters. Since the show must go on, the Army then replaces one set of puppets with another set.

To give the devils their due, the ability of the Pakistan Army to manipulate the political puppet show is really quite breath-taking. Of course, in a country where the incompetence and ineptness of the ruling party is only matched by the uselessness, diffidence, obsequiousness and pusillanimity of the opposition, it isn’t very difficult for the Pakistan Army to keep its control over the political side of things.

What happened in the Joint Session is nothing more than the Pakistan Army once again letting everyone know who is the boss.  Not just Imran Khan but also Nawaz Sharif and the rest of the opposition cohort was shown their place. Just like the military corralled newly elected independents and smaller parties to the PTI stable to help it form a government in Islamabad and Lahore, it ‘convinced’ the allies and PTI members who were all set to desert the ruling party to vote for the very controversial bills in the Joint Session. Until the dirty tricks department of the Pakistan Army – ISI – came into action to get these people to back the government, Imran Khan and his cronies knew they didn’t have the numbers and were likely to lose any vote. The message to Imran was clear: if he had any delusion that he could survive without the military’s backing, he needed to cure himself of it.

But it wasn’t just Imran but also Nawaz Sharif who was disabused of any notion he had about being able to play hardball with the military on the back channel negotiations on the future political arrangements. Nawaz seems to have overplayed his hand by taking an uncompromising hard line with the military. The Joint Session was therefore a wake-up call for him and his party and followers that they would be left out in the cold until they agreed to play ball with the Pakistan Army on its terms. While some compromise is possible, and the Army is open to some give and take, Nawaz Sharif is in no position to dictate terms to the men in khaki. Similar messages about the only game in town being the one that was being run by the military were also conveyed to other political players – both those in the opposition and those who are supporting the government.

The political messaging was however only one part of the story. While most of the focus of the opposition was on the bills dealing with introducing electronic voting machines in the next general election and giving Overseas Pakistanis the right to vote, the Army was more interested in some of the other laws, especially the ones that would open the doors for the stalled IMF Extended Fund Facility programme. The de facto finance minister Shaukat Tarin had hinted as much a day or two before the Joint Session when he disclosed the 5 prior actions that were being insisted upon by the IMF before it released the next tranche of the EFF programme. Although the law related to the State Bank of Pakistan doesn’t fulfil everything being asked by IMF, it does give in to some of the demands which in turn gives Pakistan some negotiation space to hold off on the more onerous and perhaps controversial steps being demanded, on which the government is balking.

The opposition parties on the other hand were more worried that EVMs and voting by overseas Pakistanis would tilt the next election in favour of PTI was not farfetched. The EVMs could be rigged and the Overseas Pakistanis votes could be manipulated to give an unfair advantage to PTI. But this was a non-issue for the Pakistan Army. If the deal with the opposition worked out, the Army could use the judiciary to overturn both these laws. Even better, no one is more equipped than the Pakistan Army to rig the EVMs and use the Overseas votes to manipulate the election results without anyone becoming the wiser for it.

As things stand, after November 17, it is only the Pakistan Army that has emerged as the winner. The Imran regime now depends on the Army to stay in power and will do everything necessary to keep it in good humour. The opposition, despite its big numbers in Parliament, has shown that it is incapable of standing up to the government as long as it has the backing of the Army. Notwithstanding all its tall talk, rousing speeches by leaders, and even naming and shaming generals, the opposition desperately craves for the attention of the military and sees it as its ticket to power. The smaller parties, including the PPP, are in any case always eager to offer their services to the ‘establishment’.

Having demonstrated its primacy in the scheme of things, the Army now will assess whether it can afford to keep Imran in power or replace him. Going forward, all other players will vie for winning the favour of the military. This makes the task of the Army much easier as many more options for retaining or replacing Imran have opened up. Instead of striking deals, the generals can now dictate the terms of engagement and future arrangements to their prospective partners, or puppets.

Nov 23, 2021
Sir, sabse bada Rupaiah. They knew if State bank autonomy bill is passed 1 bn dollars will be in bag. Every one ensured a share..