Pakistan: A Case of Military Overreach into Judiciary 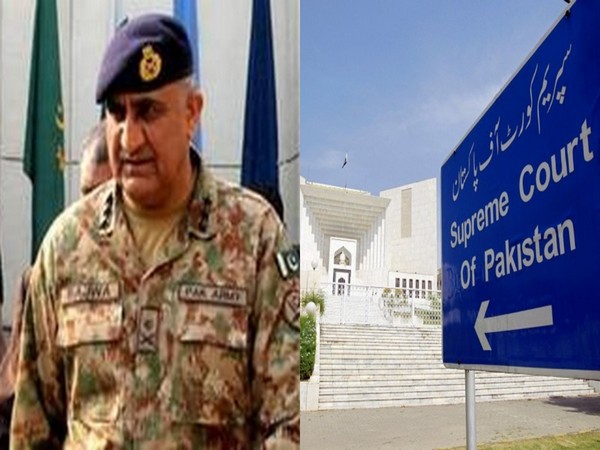 Pakistan Army has held power over the state and it has always tried that the judiciary too should toe its line. Bilal Balouch, writing in Eat News, a Taiwanese digital media portal said that in order to dilute the chastity of the judiciary, the Pakistan Army is known to position its ‘own men’ by influencing the appointment of judges to various higher courts.

The judges who conform to the Army’s thought process keep politicians on a tight leash through their judgements with scathing remarks on the Government’s performance thus indirectly enabling the Army to have a stronghold over the political affairs of the country. Ijaz Ahmad Chaudhry, a former Chief Justice of Lahore High Court once stated in an interview that he was approached by a serving general from the Inter-Services Intelligence (ISI) regarding the appointment of judges,reported Taiwanese media.

In fact, the appointment of several judges to the Lahore High Court and even the highest Court of the land, the Supreme Court, has been pending for a while due to a brewing conflict between the Bar Council and the Army as each party is trying hard to install judges considered favourable to their point of view, writes Balouch. With an intention to manipulate judgements in its favour, the Army as part of its modus operandi apparently coerces the senior-most judge of the Court to exclude ‘troublesome’ judges from benches that hear cases related to its functioning. To this extent, the vulnerabilities of judges based on financial or moral wrongdoings are often exploited in the pursuit of achieving favourable decisions.

Conversely, judges are also allegedly called out, sidelined and even subtly harassed for taking a stand against the Army or in favour of individuals/organisations that don’t suit its interests. The most prominent such case is that of Justice Shaukat Siddiqi of the Islamabad High Court. Being the senior-most judge, Siddiqi was to become the Chief Justice of the Islamabad High Court; however, the incumbent Chief Justice Muhammad Anwar Khan, on the advice of the Army, kept him out of all benches constituted to hear petitions of opposition politicians because of a perception of him being sympathetic to Nawaz Sharif.

In 2018, Justice Shaukat Siddiqi was even removed for his remarks about the alleged interference of the ISI in judicial processes during a public address to the Bar association. Moreover, Bilal argues that if at all a decision is taken against the Army, the institution pushes the government to send appeals to sympathetic judges for review of the same. In December 2019, when the Peshawar High Court Chief Justice Seth Waqar Ahmad convicted former Chief of Army Staff (COAS) General Pervez Musharraf for high treason and sentenced him to death, the government swiftly approached the Lahore High Court and got the verdict revoked on technical grounds.

In another case in December 2020, when a five-member bench of the Balochistan High Court unanimously declared the Army run Defence Housing Authority’s (DHA) Quetta acquisition of land illegal and unconstitutional, an order was issued by a three-member Supreme Court bench in March 2021 suspending the earlier judgement of the five-member bench of the Balochistan High Court. Much in the news, another judge to face the ire of the Pakistani Army for his outspoken attitude is Justice Qazi Faiz Isa. Justice Isa is known for giving a strong rebuke to the military establishment in his judgements. Fearing that he may set a trend of such rebuttals, his ouster has become a top priority for the Army; more so since he is in line to become the Chief Justice in 2023.

In May 2019, the President of Pakistan Arif Alvi sent a reference against Justice Isa to the Supreme Judicial Council (SJC) accusing Isa of not declaring the property owned by his wife and children in London. Subsequently, in June 2020, a ten-member Supreme Court bench issued an interesting judgment. It not only set aside the Presidential reference declaring it invalid but also instructed the Federal Board of Revenue (FBR) to investigate the matter of properties and send a report to the Supreme Court without much delay.

In a democratic country, as part of the separation of powers, the Judiciary’s functioning is kept independent of the Legislature and the Executive’s ambit in order to avoid any undue influence of the ruling dispensation in the quest for justice. Essentially, if the judiciary is subverted, the ethos of democracy is in peril, wrote Balouch. Journalists, Human Rights defenders and civil society activists in Pakistan also believe that the Army keep pushing the government to proceed against Justice Isa in an attempt to send out a message to all dissenting judicial officials and judiciary.

For Pakistan, this would be a self-inflicted predicament, an emerging property of a ‘Deep State’ that governs every aspect of Pakistani life, as the problem is not likely to go away with Justice Isa alone. As per Bilal Balouch, if the current conflict continues between the masters and a significant segment of the higher judiciary, the likelihood of an impending constitutional crisis cannot be ruled out.

Jul 25, 2021
"To learn who rules over you, simply find out who you are not allowed to criticize" - in Pakistan its their Army.