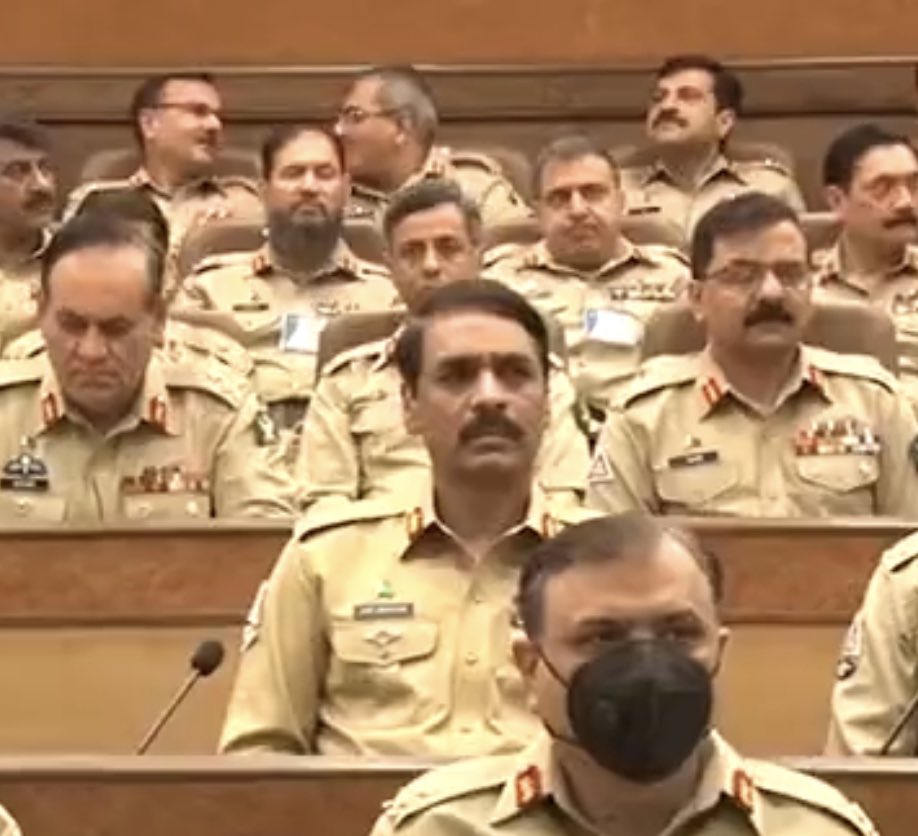 Islamabad, Apr 12 (PTI) Pakistan’s top military brass on Tuesday expressed complete confidence in its leadership’s “well-considered stance” to uphold the Constitution and the rule of law during the recent power tussle between Shehbaz Sharif and Imran Khan.

During the 79th Formation Commanders’ Conference held at General Headquarters in Rawalpindi, the top army generals also took note of what they called a “campaign” to malign the army and create a rift between the armed forces and the people.

The meeting comes a day after Shehbaz Sharif was sworn-in as the 23rd prime minister of Pakistan on Monday.

Chief of Army Staff (COAS) General Qamar Javed Bajwa presided over the conference attended by all Corps Commanders, Principal Staff Officers and Formation Commanders of Pakistan Army, according to a statement by the army.

“The forum took note of the recent propaganda campaign by some quarters to malign Pakistan Army and create division between the institution and society,” it said.

The participants also agreed that national security was sacred and it would be defended.

“National Security of Pakistan is sacrosanct. Pakistan Army has always stood by the state institutions to guard it and always will, without any compromise,” the army said.

The army leadership also expressed support for upholding the constitution of the country.

“The forum expressed complete confidence in leadership’s well considered stance to uphold the constitution and rule of law, at all cost,” it said.

“Pakistan Army is aware of its responsibilities and shall continue to defend territorial integrity and sovereignty of Pakistan against all internal and external threats under all circumstances,” he said.

The participants were also briefed on professional matters, national security challenges and measures being undertaken to counter traditional and non-traditional threats.

Unlike his brother Nawaz Sharif, Shehbaz enjoys cordial relations with the powerful army, which has ruled the coup-prone country for more than half of its 75 years of existence and has hitherto wielded considerable power in the matters of security and foreign policy, according to experts.

The powerful army had distanced itself from recent high voltage political tussle between Shehbaz Sharif and Imran Khan, saying it has nothing to do with politics.

Khan apparently lost support of the powerful Army after he refused to endorse the appointment of the ISI spy agency chief last year. Finally he agreed but it soured his ties with the army.