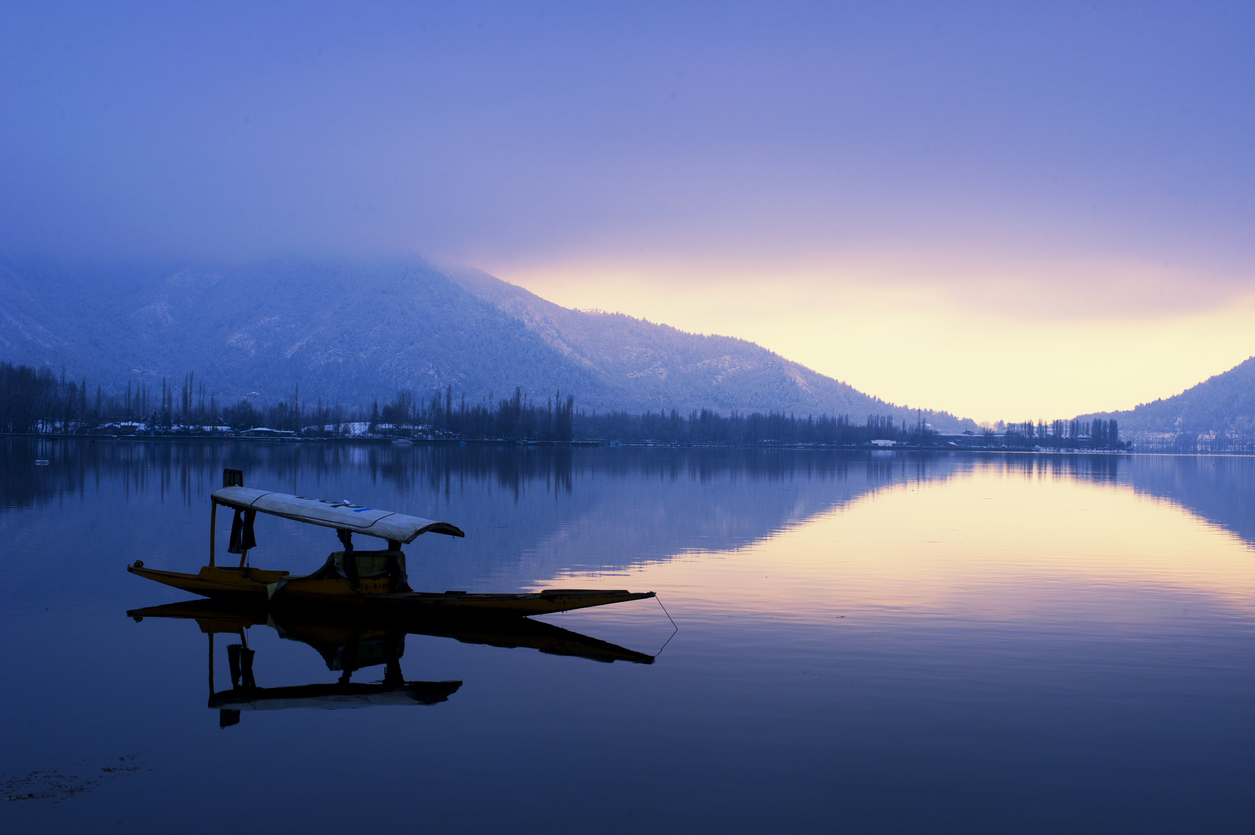 Despite all the turbulences over the last few decades, Kashmiris never forget to welcome their guests who travel here from every nook and corner of the world. Known for its unique hospitality, Kashmir during the recent times has emerged into a new conundrum, courtesy killings of non-local labourers and minorities. Having seen the exodus of their Pandit brethren back in 1990s, the Muslims of Kashmir lived happily and in peace with their non-Muslim neighbours.

The recent unfortunate killings of non-local migrants have let each one of us down.  It pains each one of us deeply seeing non-local workers and other Kashmiri minorities in a sense of fear of getting killed by unknown gunmen. They are in a dilemma whether to leave or live in Kashmir which was uncommon here. This is not something like Kashmiri Muslims denounce other religious communities, as being portrayed in some of the national media houses. Muslims have shared happiness and grief with Pandits. Their dwelling places, shops and other establishments were created by non- local labourers who travel long distances to earn their livelihood in the valley of Kashmir.

According to one estimate, there are at least 11 lakh migrant workers in Kashmir who have become an integral part of the region’s economy. A study by Aijaz Ahmed Turrey, Academic Associate at IIM-Ahmedabad, states that these workers are employed in different sectors from Kashmir’s own traditional carpet making to hotels and small-scale industries.

These non-local labourers have a huge contribution in agrarian economy of Jammu and Kashmir. Kashmiri Muslim’s whole day revolves around a non-local labourer. Living in Kashmir is affordable for the non-locals in comparison to the other parts of India. In crisis times Kashmir have always been on the forefront to give shelter, food and other necessities happily to these poor workers and set an example of brotherhood in the harshest of circumstances.

Most of the people who visit Kashmir after giving a deep thought about their safety and security, often take social media platforms to share their experiences once they leave this place and blame mainstream media channels for presenting Kashmiris as “Villains”. There has been no major attack on non-locals or on minorities living in Kashmir by the hands of local Kashmiris.  Hardly you will get any complaint from them about the local Muslims, exceptions are always there. It pains us as a community when they are being killed, robbed or injured.

When on April 13, a Kashmiri Rajput, Satish Singh was shot dead at Kakra area of South Kashmir’s Kulgam, hundreds of Muslims came out of their homes, got together and performed the last rites. Muslims participating in funeral of non-Muslims is nothing new in a secular setup of Kashmir. When Bal Krishan Bhat, a Kashmiri Pandit, was shot in a Chotigam area of South Kashmir’s Shopian district, it left the whole Muslim community in deep sorrow. Bal Krishan’s family still lives in Shopian and recall how their son was rescued by local Muslims.

The killings of migrant workers or minorities always leaves a question mark to each and every one of us. Are the boundaries of brotherhood and religious harmony changing with the changing times? I wonder. Killings based on religious grounds have no place in a civilized society and Kashmir has never witnessed any attack on minorities for their religious beliefs. It is high time we come out of our homes and start protesting against these, and save ourselves from getting blamed for being mute spectators by our Hindu brothers and sisters. We will never be able to forgive ourselves if we don’t raise our voice against these innocent killings.

In Islam, the minorities enjoy similar rights as the Muslims do. It is the fundamental principle of Islamic law that it enjoins similar rights and duties on both Muslim and non-Muslim citizens without any discrimination. Islam seeks to establish such a society where all citizens of the state enjoy equal rights, and religion does not become the basis for any discrimination. Islamic law holds both Muslims and non-Muslims equal and no superiority or privilege is given to the Muslims on any ground.

The history of Islam is replete with such examples. Once, a Muslim, who was accused of killing a non-Muslim, was presented in the court of Hazrat Ali (ra). The evidence supported the accusation. When Hazrat Ali ordered the Muslim to be killed by way of qisas, the relatives of the murderer made the brother of the killed forgive by paying him the compensation money. When the Caliph came to know of it, he asked, “Perhaps these people may have coerced you into saying so.” To this, he replied in the negative, saying that the killing would not bring his brother back. Since they were paying him blood money, it would help the family financially to some extent. The Caliph agreed to the deal but added that the principle underlying the functioning of his government was, “the blood of those of our non-Muslim subjects is equal to our blood and his blood money is like our blood money.” (Abu Yusuf, Kitab-ul-Khiraj, p. 187)

Our noble Prophet (pbuh) was reported to have said: “He who unfairly treats a non-Muslim who keeps a peace treaty with Muslims, or undermines his rights, or burdens him beyond his capacity, or takes something from him without his consent, then I am his opponent on the Day of Judgement” (Abu Dawud and Al-Bayhaqi).

“Whoever killed a Mu’ahid (a person who is granted the pledge of protection by the Muslims) shall not smell the fragrance of Paradise though its fragrance can be smelt at a distance of forty years (of traveling).”
Source: Sahih Bukhari Vol. 9, Book 83, Hadith 49 – Sunnah.com

Thus, Islam protects the rights of minorities. It becomes the due responsibility of Muslims to maintain brotherhood and profess justice and peace. Those who are killing in the name of Islam, may be the followers of anything but not Islam. We as a society should wake up and confront all those ideologies that kill in the name of religion, that promote violence and bloodshed and that are a threat to peace and stability.

It is also of equal importance to seek input of the representatives of all schools of thought and other sections of society like journalists, intellectuals, civil society activists, lawyers and professors etc. These unfortunate events have pushed the families and the workers in dilemma, whether to leave or live Kashmir.  The co-existence that we have been witnessing despite the decades-long chaos will certainly come to an end if not prevented. At this moment we cannot afford to let them go. Our economic, social, agricultural, construction and even domestic workforce is being provided by them. They are here to make their ends meet, and like always as Islam directs us, it becomes our duty to stand for the destitute and oppressed. 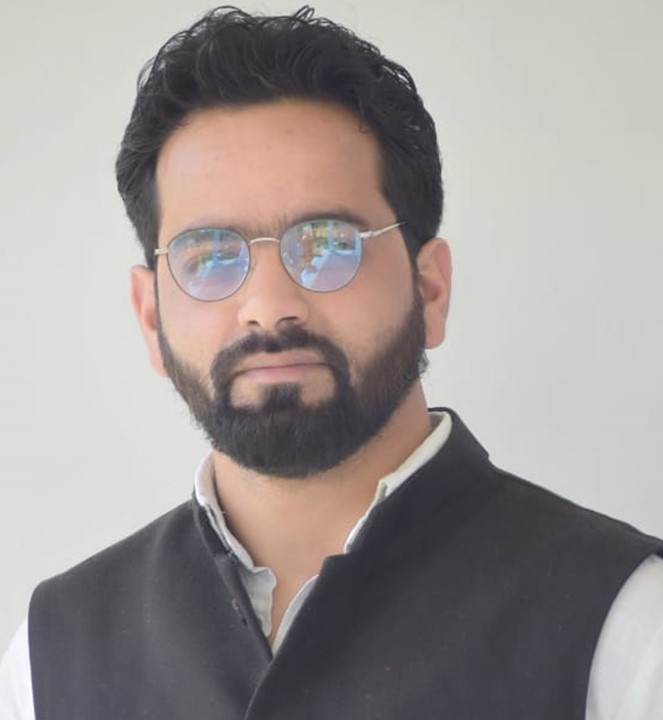 Author is a socio-political activist, a recipient of President Award in World Scouting and former president of Jammu and Kashmir Students Union. He is based in South Kashmir and can be reached at mudasirdariust@gmail.com.