Nuclear Resurgence for Peace and War 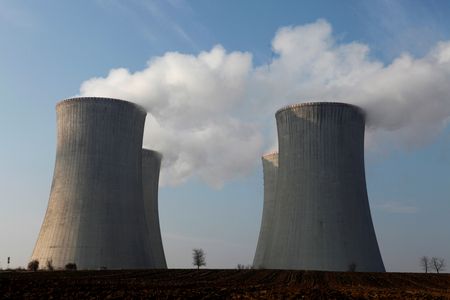 The emergence of Covid-19 and climate change as existential threats to mankind had relegated the nuclear danger to a second level threat till the Russia-Ukraine war broke out. In 1991, Mikhail Gorbachev had said that the threat of nuclear war had disappeared as Moscow and Washington had veered from confrontation to interaction, if not partnership.

The world had begun a quest for Global Zero following a declaration by President Barack Obama in Prague that the US would adopt nuclear disarmament as a distant goal. As for the peaceful uses of nuclear energy, the Fukushima nuclear reactor accident changed the nuclear power scene dramatically. Many nations gave up their ambitions to develop nuclear power and even the avid users of nuclear power like Japan, France and Germany decided to turn the clock back and to develop other sources of safe energy.

The year 2022 began with an unusual and unexpected declaration by China, France, Russia, the UK and the US about their confidence that a nuclear war would be averted by a pledge. “We affirm that a nuclear war cannot be won and must never be fought.  As nuclear use would have far-reaching consequences, we also affirm that nuclear weapons—for as long as they continue to exist—should serve defensive purposes, deter aggression, and prevent war.  We believe strongly that the further spread of such weapons must be prevented.” The purpose of the pledge was to strengthen the nuclear non-proliferation regime and to keep the NPT pot boiling even though the customary NPT Review Conference could not be held because of the pandemic.

Within days of that statement, one of the permanent members of the Security Council was threatening to use nuclear weapons to secure its own security against NATO. That was at the beginning of a mere military operation, which was expected to end in Russian victory in days or weeks. Now the threat is being repeated when Russia is apparently desperate, having failed to reach their goals even after fifty days of a fierce war.

Russia had said it will invade Ukraine only if it joined NATO, but invaded without giving a chance for negotiations. Now it says that it might deploy nuclear weapons on the borders of Finland and Sweden, if they joined NATO. A finger on the nuclear trigger by one power will mean that the others will also grope for the nuclear button.

Although the nuclear weapon powers asserted that the only purpose of nuclear weapons was to serve defensive purposes, deter aggression, and prevent war, the recent world events confirm that nuclear weapons can have another plausible purpose for some countries. For small or weak states, owning nuclear weapons helps to ensure that a large country will not be able to attack them and overthrow their government.

Kim Jong Un had already learnt his lessons, as no one attacked him as the world knew that he had the nuclear weapons that his grandfather and father had bequeathed to him. This is precisely why he did not swallow the bait of security offered to him in exchange of the weapons in his possession and the US had to give up its push for denuclearisation of the Korean peninsula. Pakistan too had turned down the American offer of security if it did not test after India did.

Today, faced with an existential threat from Russia, Ukraine wishes it had not surrendered its nearly 2000 warheads to Russia when it became independent, though it was unthinkable that Ukraine would be given the status of a nuclear weapon state. But today, when aggressors have extremist, existential goals like Russia has, nuclear theorists argue that nuclear weapons can be relevant in deterring nuclear attacks.

President John F. Kennedy predicted in the sixties that there would be at least 25 nuclear weapon powers in the course of the 20th century, but it did not happen because of the NPT. But the reasons for Kennedy’s fears persist and, in fact, recent events have exacerbated and magnified them. Kennedy’s prediction about the spread of nuclear weapons may wind up just being premature, not wrong.

A group of eminent experts convened by the Director General of the IAEA in 2008, of which I was the Executive Director, had predicted that there would be a nuclear renaissance by 2030. The assessment that nuclear energy would be more eco-friendly was an added incentive. More than 50 countries were knocking at the door of the IAEA demanding technological support and the issue was only shortage of funds to meet the need. But the Fukushima accident caused a setback to nuclear power as several nations shut down reactors and the aspirant nations revised their plans.

The trend has changed again recently, primarily because of threats to their energy security on account of the instability of the fuel market. The major producers of nuclear energy reopened their reactors and enhanced their production capacity.

France announced that it would build up to 14 new nuclear reactors by 2050. Japan has reopened closed reactors and plans to build more. In China, 20 new reactors will be built within the next five years. India will commence construction of six new reactors by 2027. Even the United States, which had not built nuclear units for three decades, will be commissioning two reactors in the near future.

About 100 power reactors with a total gross capacity of about 100,000 MW are on order or planned, and over 300 more are proposed. The current slate of nuclear plants under construction, shows that nuclear power is regaining acceptance. One justification for this trend is that an increase in nuclear power can make a growing contribution toward arresting the growth of global carbon emissions and thus reverse climate change.

The emergence of nuclear power for peaceful purposes is a victory of hope over experience and it is clear that another accident, God forbid, may mean enormous loss of lives and damage to the human habitat. Any use of nuclear weapons, however limited, carries the risk of unpredictable consequences to mankind. But the truth of the matter is that the nuclear genie cannot be put back into the bottle as, in the present state of the world, it still carries promises in peaceful uses and as a deterrent to attack by others.