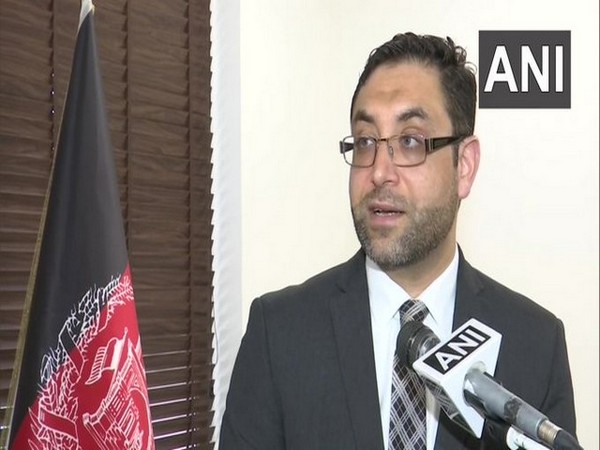 New Delhi [India], July 9 (ANI): Amid the spiralling cycle of Taliban violence, the Afghan envoy to India Farid Mamundzay has said that the security situation in the country is difficult but he sees no immediate threat for Indian consulates to shut down.

Speaking to ANI, ambassador Mamundzay said that Afghanistan is “in a difficult situation but we are not in a great crisis.” “The provisional capitals of all 34 provinces are under the control of our security forces. Major urban centres are under our control but large rural districts have been taken over by the Taliban. But there is no doubt about it. We are not in a panic or chaotic situation,” he said.

India has termed the situation in Afghanistan as fluid and said that it is monitoring the deteriorating situation very closely. Indian mission in Kabul has also clarified that the embassy and consulates are not shutting down.

Afghan envoy emphasized that the people of Afghanistan value the Indian consulates and urged them to continue their work.

“Some western countries in the recent months decided to reduce the number of their staff which we understand. But for India to close down its consulates in various parts is something that would be done considering security circumstances. People of Afghanistan value and want the presence of Indian consulates. It’s a decision for people and government to make. We see no immediate threat,” he added.

“India has been a major partner and India can play a very constructive role. India can play a role in our peace process together with other regional responsible actors like Iran and Russia. India can utilize its convening power to put more pressure on Taliban through diplomatic channels to come to the negotiating tables and put an end to the violence.”

However, Indian security forces have no foot on the ground and India’s role is confined to providing training and wherewithal to Afghanistan.

When asked whether Afghanistan has asked for the support of Indian security forces to counter Taliban or air force support, he said there are no such talks at the moment.

“Air support is what we would require help with, but currently it has not been asked. India has been generous by providing 11 helicopters so far. I think we can do our fight. There is enough desire on the part of the Afghan public to do their fight themselves,” the envoy told ANI.

“United States is currently helping us by providing us Black Hawk and gunship helicopters which hopefully change the calculus on the battlefield. Air Force makes a huge difference in the battlefield. Our air force is currently in its development stages. We are gradually getting there. We don’t have the strategic capacity to fight across the country. Our forces are doing an incredible job on the ground but that’s something we would be seeking help in months ahead,” he added. (ANI)