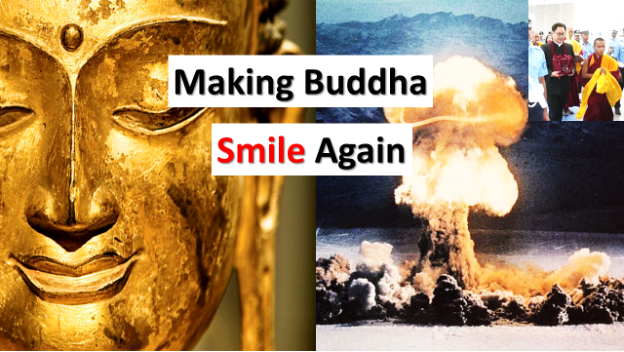 The word Buddha originally means—the enlightened one. Operation Smiling Buddha was the code name of India’s first successful nuclear bomb test on 18 May 1974. Forty-eight years later, Buddha is smiling again and the reason is not merely nukes but cultural too. India has finally learnt to use Buddha to its advantage.

Few days ago, Indian Defence Minister mentioned the illegal occupation of Pakistan occupied Kashmir in his speech by India’s western neighbour, once again signaling that India is reconsidering its doctrines, nuclear and otherwise.

Indian’s first nuclear test was conducted in Rajasthan’s Pokhran, on May 18, 1974, on the occasion of Buddha Jayanti (which marks the birth of Lord Gautam Buddha). Ergo it was called Operation Smiling Buddha.

According to a recent report by SIPRI (Stockholm International Peace Research Institute) India has 160 nuclear warheads as on Jan 2022. The report claims– both India and Pakistan appear to be expanding their nuclear arsenals, and that these countries introduced and continued to develop new types of nuclear delivery system in 2021. The report also mentioned that China is in the middle of a substantial expansion of its nuclear weapon arsenal, which satellite images indicate includes the construction of over 300 new missile silos. 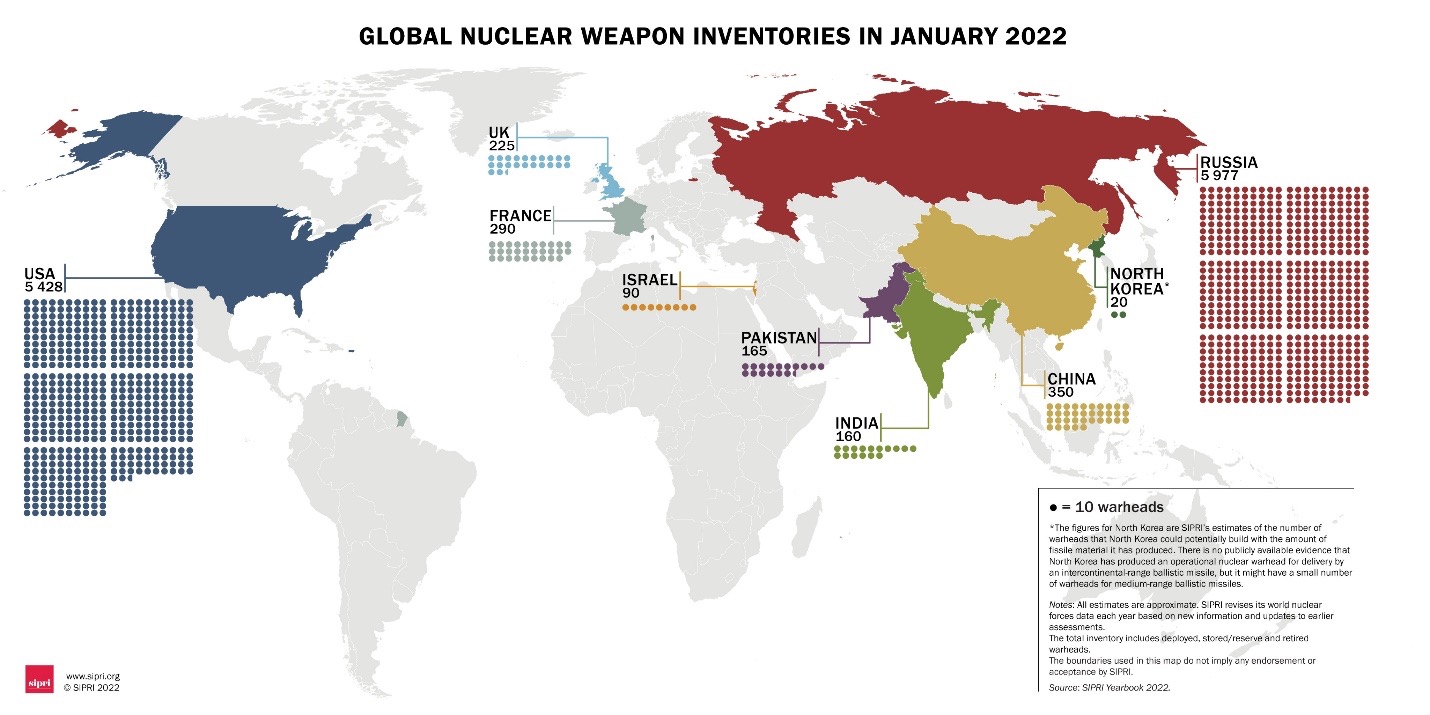 In layman’s language, canisterization means the warhead can be permanently mated with the missile which is otherwise installed only prior to the launch of missile.

So, what happens if warhead is permanently mated with the missile? –It would keep India’s enemies guessing as to at what stage during a crisis would India push the nuclear tab. This in turn would mean that a country like Pakistan will also have to keep itself nuclear-ready, as with widespread canisterization of armed missiles of India would shorten the warning time. With its economy on crutches, Pakistan financially and technologically is not capable of keeping its nukes in a ready to launch position. India’s capability to keep its nuclear capable missiles in ready to launch position is a sign of India’s Strategic Forces Command’s increased emphasis on readiness. This is why SIPRI was not wrong in concluding that India is developing new types of delivery systems.

But what keeps both Pakistan and China on the edge is, India’s vacillating stance on NFU Policy, or the Policy of No First Use of nuclear weapon.

NFU Policy, in simplest terms, means that at any stage of a crisis, India will not push its nuclear tabs unless the enemy uses a nuke on India. And if that happens, India will carry out a ‘massive retaliation to inflict unacceptable damage to the enemy’.

In 2019, India’s Defence Minister Rajnath Singh had opined that it is time for India to rethink on its NFU Policy. All doctrines need periodic reviews and India’s case is no exception. Will India stop being reticent and switch to a more aggressive nuclear policy? Only time will tell!

Since sometime China has been claiming Buddhism to be an ancient Chinese religion, while simultaneously making efforts to wiping out Lord Gautam Buddha’s connection to India. Ergo it has become paramount for India to use Buddhism as a cultural soft power.

Through Buddhism China is increasing its sphere of influence in nearby regions, by financing powerful Buddhist organizations. This, CCP assumes, would facilitate in negating any ire of Buddhist followers who opposed China’s occupation of Tibet, which led to present Dalai Lama shifting his base to India.

In the month of May this year India opened Buddhist centre with much pomp and splendor in Lumbini under Indian PM Modi. After Modi Government took over in 2014, Indian government has made conscious efforts to use Buddhism as an element of its bilateral diplomatic approach, especially in case of Japan and Mongolia.

In June this year, Union Minister Kiren Rijiju along with a 25-member delegation went to Mongolia with four Holy Relics of Lord Buddha. Taking the relics to Mongolia is an effort to revive the relations with countries like Mongolia with whom India had cultural and spiritual ties since centuries ago. 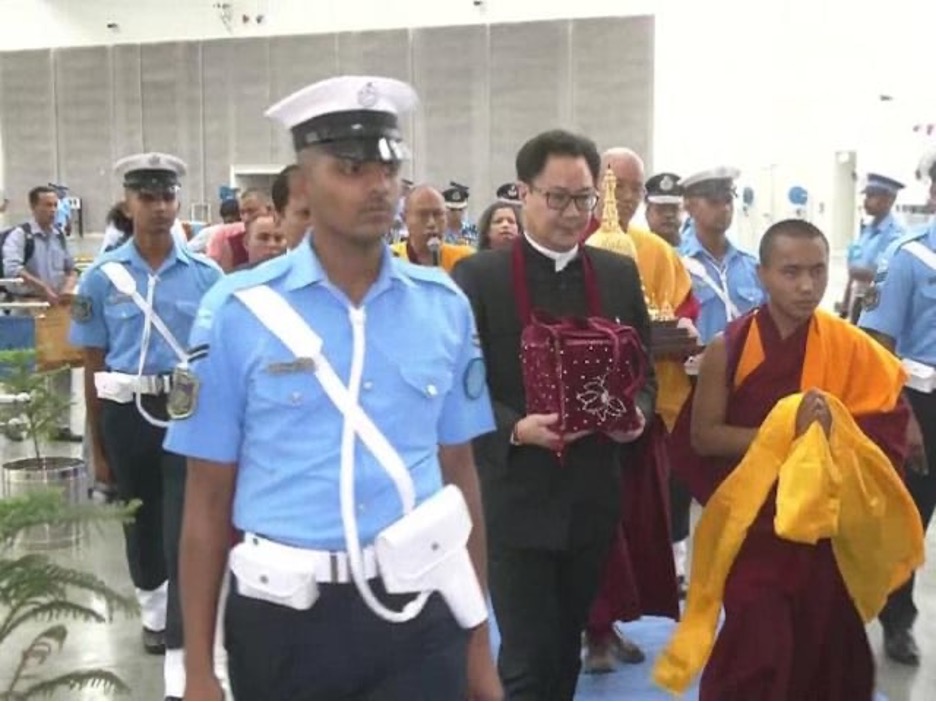 What is common in Nepal, Japan and Mongolia is not just Buddhism, but also the fact that they are China’s neighbours who are aware of China’s shrewd ways of working. Confucius institutes and cultural centres are some ideal examples.

The progressive New Republic magazine and the conservative National Association of Scholars (NAS) have proven Confucius institutes are not innocuous cultural centers offering Chinese language instruction. They have been part of China’s “thousand grains of sand” spying strategy. The Trump administration, in 2020, had called Confucius centres, a trojan horse, an entity advancing Beijing’s global propaganda under the garb of an education and cultural institute.

Some time ago these Chinese cultural centres had dropped their roots in India too.  The Hanban website lists three Confucius institutes in India (University of Mumbai, Vellore Institute of Technology and Lovely Professional University) and three CCs (School of Chinese Language Kolkata, Bharathiar University, and K.R. Mangalam University). The initial assessment by security agencies in the year 2020, revealed that many Indian educational institutions entered into agreements with universities in China without mandatory approvals from the central government. But two Confucius institutes associated with the Mumbai university and Kolkata’s School of Chinese Language, faced the most scrutiny as they were involved in extensive student exchange programmes. It’s exhilarating to see Indian Government cracking its whip on such entities pronto.

Sometime ago a video of Indian Army had gone viral where an Indian soldier was seen scolding a Chinese soldier (apparently a Tibetan) for working under PLA (People’s liberation Army of CCP), which carries out atrocities against Tibetan Buddhists.

PLA has now been recruiting locals along the LAC and giving them attractive packages in the Army. Accordingly India too, has now changed its approach towards Tibetan Buddhism. Indian PM wishing Dalai Lama regularly on special occasions put Chinese Premier Xi Jinping on tenterhooks and forced him to visit Tibet for the first time in a decade. His last official visit to the region was in 2011. 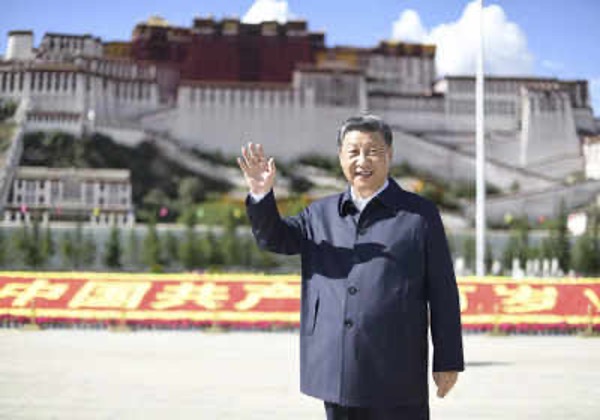 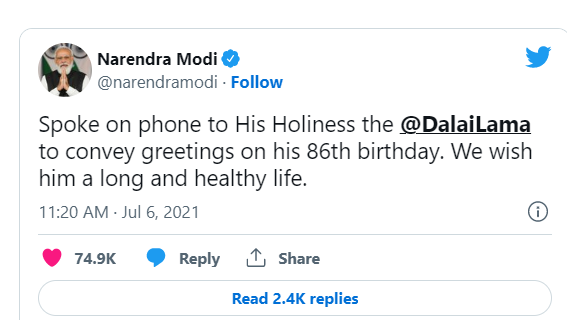 Beyond this Indian Army is also taking special efforts to understand the Tibetan Buddhism well. In a first, Indian Army officers can now undertake a course in “Tibetology “, which will help them bond better with the Tibetan community in the border areas, the Indian Defence Ministry has announced.

Such confidence building measures by Military and Government reassures the 1,00,000 strong Tibetan community that —India is their home. 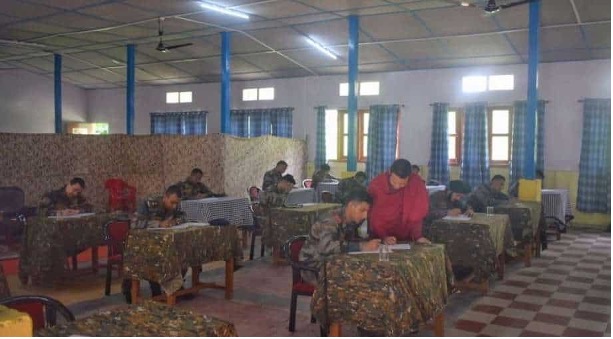 Few years ago, the author had a tête-à-tête with a Chinese national on an international forum. The Chinese national was confident Buddha had no connection with India–that was the level of propaganda run by China! But today India has finally learnt to not just to strive but flourish, despite being surrounded by belligerent neighbours.

Buddha is now not just associated with Buddhism but also nukes. The enlightened Buddha of Bodh Gaya would be smiling to see the transmogrification in his teachings over the ages. Unlike what is commonly believed, Buddha had readied his followers to fight a war to strive– “You yourself must strive, the Buddhas only point the way”.

Aug 23, 2022
In the context of using cultures as soft power by states to propagate their geopolitical interests, Good that you used the term Tibbatian Buddhism to differentiate them. The Theravādin Buddhists of Tibbat, Myanmar, Mangoliya and Japan are different from Neo- Buddhism. The latter is more about rise of Dalit separatists in indian politics in india are antithetical to the rise of Hindu nationalism led narratives which portends for india as a civilizational state and superpower. CCP’s outreach to them, under academic deception as you’ve mentioned that it’s already happening, will pave ways for cultural invasion and further empowerment of ‘breaking india’ forces. If india really wish to harness the power of Classical Buddhism which is practiced by neighboring states then clear academic lines should be drawn to distinguish them from Neo -Buddhism who want to dismantle india using Marxist’s idea of social justice and caste .