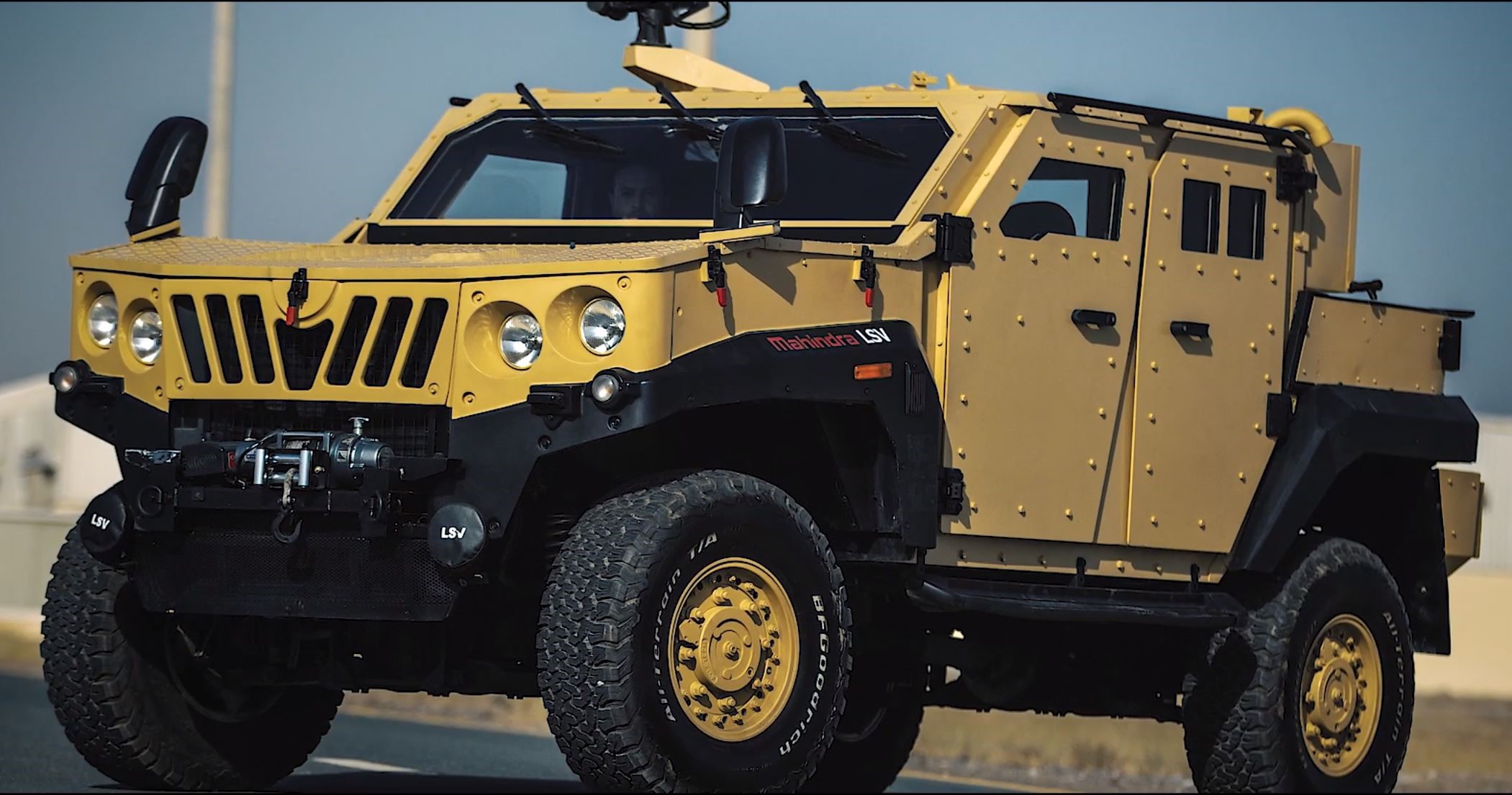 “Mahindra ALSV is a true ‘force multiplier’, combining tremendous employment flexibility across various types of terrain, in a wide spectrum of roles. The ALSV plugs a huge void in the Indian Army’s tactical battlefield capability while being a proud milestone in our pursuit of ‘Atmanirbharta’ mission”.

Mobility, Firepower and Protection are the three basic tenets of a force engaged in manoeuvre warfare and is applicable to offensive as well as defensive operations. As the static nature of trench warfare gave way to mobile warfare in the ensuing period between two World Wars, the design and development of military equipment was primarily focussed on getting better of the enemy in these domains.  By the end of the 19th century, a British mechanical engineer F. R. Simms had introduced the modern concept of wheeled armoured vehicle. Since then, military forces around the world have developed and deployed a great range of armoured vehicles equipped with wheel-drive system including armoured personnel carriers (APCs), light specialist vehicles (LSVs), armoured cars, wheeled SPHs (self propelled howitzers), air defence weapon systems, protected patrol vehicles (PPVs) and infantry combat vehicles (ICVs), to address the vital issues of high mobility, firepower and survivability of their troops.  Many of these military platforms are employed to fulfil a number of common purposes on the battlefield, but they belong to different categories and weight-class.

Despite the introduction of mighty tanks and tracked light armour vehicles, these fast and flexible military vehicles with limited armour protection remained an integral part of manoeuvre forces due to their better on and off-road performance, easy maintenance, significantly high fuel efficiency – thus better range and low production cost. Designed to counter growing threats of modern-day battlefields such as mines, ambushes and small arm fire, these tactical off-road vehicles deliver a number of advantages over comparatively heavy tracked vehicles (such as tanks and ICVs) in cost, speed and flexibility.

Light Specialist Vehicle is a type of utility armoured vehicle designed to perform a wide range of missions in the battlefield such as reconnaissance and surveillance, combat engineer tasks, anti-tank weapon platforms, fire support, command and control and special missions. These versatile vehicles also find wide acceptance in internal security duties and UN Peacekeeping Missions. The iconic Humvee of the US Army, PLAGF’s Dongfeng EQ2050, Iveco LMV, Thales Hawkei LPV and Mahindra ALSV are some of the examples that belong to this specialised off-road high mobility genre of vehicles. They enhance the flexibility of employment of a combat unit, a decisive factor during  operations as they are significant capability enablers for the  troops engaged in battle.  Equipped with smart new-generation features including low-silhouette, high performance light weight armour plates for decent protection and weaponized with modern firearms including medium / heavy caliber machine guns, rocket launchers, anti-tank missiles and MANPADS, these lightweight stealthy and compact mobile platforms are now widely preferred and deployed in the conventional theatres of land warfare.

Indian Army has been on the lookout for a suitable high mobility platform for more than two decades to enhance the combat potential of the frontline troops. The recce troops of armoured units and ATGM / erstwhile RCL guns of infantry units were typically mounted on Jongas initially and subsequently on Jeeps / Gypsy vehicles. These were not efficient cross-country vehicles wherein full potential of the weapon platforms or surveillance equipment they carry could be exploited. There were attempts to acquire specialist vehicles from foreign vendors like Humvee, but ultimately Ministry of Defence (MoD) signed a contract with Mahindra Defence Systems Ltd (MDSL) for supply of 1,300 Light Specialist Vehicles to the Indian Army, at a cost of Rs 1,056 crore, in New Delhi on March 22, 2021. The induction of vehicles is planned to be completed in four years. This comes weeks after signing a contract with Bharat Forge for a limited number of Kalyani M4 armoured vehicles. In the next four years, the defence arm of Mahindra Group, Mahindra Defence Systems Ltd (MDSL), will supply these 1,300 off-road specialist vehicles to Indian Army. Armoured Light Specialist Vehicle (ALSV) by MDSL is a modern fighting vehicle and will be authorised to various combat units for carriage of Medium Machine Guns, Automatic Grenade Launchers as well as Anti-tank Guided Missiles. It is a 215-horsepower homegrown beast, designed and developed within two years by MDSL’s engineers. The Army will start receiving these ‘Made in India’ platforms later this year.

“A proud day for #MakeInIndia. We at Mahindra Group are proud to develop & build first such indigenous vehicle in India as per specs of Indian Army.”

Indian Army which was earlier considering to buy battle-proven, though ageing Humvee (High Mobility Multipurpose Wheeled Vehicle) off-road carriers from the US, eventually decided to capitalise on ‘Made-in-India’ systems to fulfil the requirements of combat units for mounting various weapon systems. These combat vehicles are extremely agile with all round protection against small arms fire and will assist small independent detachments which are required to operate support weapons like ATGMs in the operational area.

The new-generation combat vehicle from MDSL has successfully completed 18 months of relentless and elaborate trials conducted by the Indian Army in various types of terrain including high-altitude, plains and deserts. The indigenous vehicle has also been tested in extreme temperature conditions ranging from a freezing -15°C in Himalayas  to a scorching 45°C in the Thar Desert. Altogether, it combines a high degree of ballistic protection, speed, firepower and  manoeuvrability.

ALSV is an all-weather, all-terrain specialist vehicle intended to deliver robust mobility on roads and cross country for a small detachment of troops. This critical capability will afford Indian Army to undertake a wide range of military operations including quick reaction, reconnaissance and surveillance, air defence and anti-tank missions, counter-terrorism and Special Forces operations as well as other tasks like border security, search and rescue, armed escort etc. With Chinese PLA Ground Forces equipped with modern Dongfeng series off-road high mobility vehicles posing a genuine threat for the Indian Army along LAC, these Indian high performance vehicles would permit Indian troops to match the adversary’s manoeuvres in Himalayan region.

The modular design of the vehicle allows effortless and cost effective maintenance. It can be modified or upgraded on the battlefield for a wide range of Army operations. The key design features and capabilities of MDSL’s Armoured Light Specialist Vehicle (ALSV) includes: 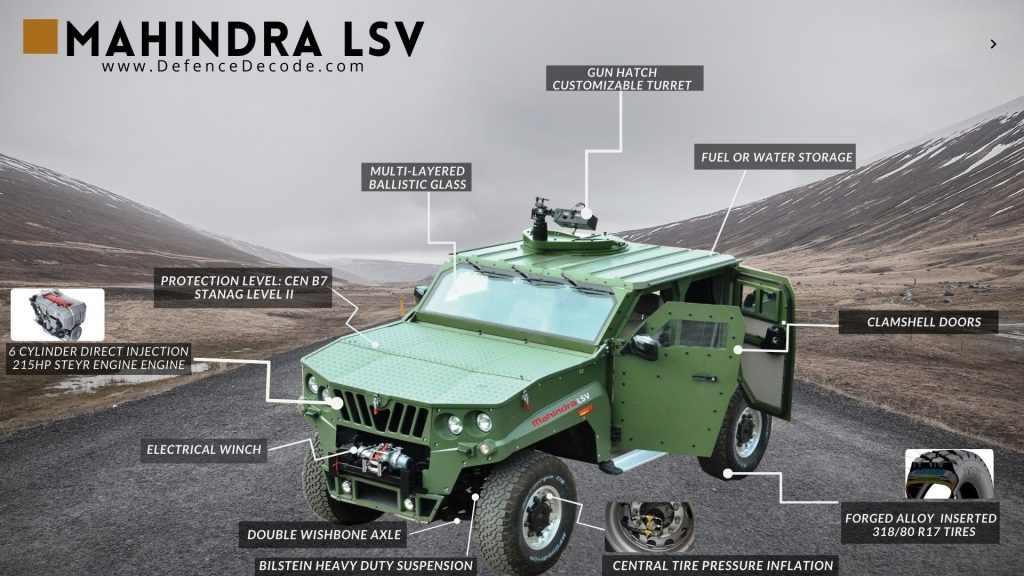 “ALSV is likely to be a game changer for small team ops in difficult terrain. While imparting maximum protection to the small teams which wasn’t possible hitherto, ALSV provides them improved mobility to appear at those places which were unthinkable so far. This will impart far greater aggressiveness in our planning as well as conduct of ops” 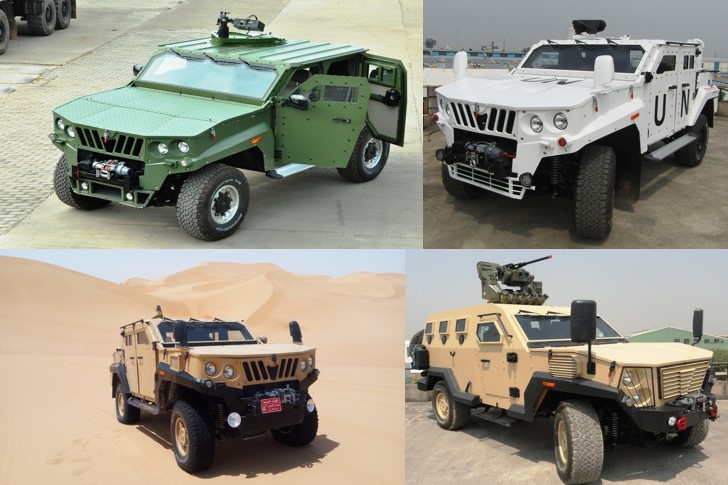 The contract for manufacturing 1,300 ALSVs for Indian Army will be a morale booster for the Indian Defence industry as the government shows its intent on expanding homegrown capabilities in the defence and aerospace sector. Self reliance in defence sector is extremely vital and strategic in order to safeguard India’s national interests. After securing the big-size order from the Indian  Army, MDSL now aims to foray into the international markets including Africa, South East Asia, Middle East, Latin America and Europe. The Indian-made system is already being deployed with the infantry battalions deployed for UN Peacekeeping missions in Central Africa. This flagship tactical combat vehicle from Mahindra Defence showcasing the indigenous designing as well as manufacturing capabilities of Indian defence industry  will add another milestone to the ‘Atma Nirbhar Bharat Abhiyan’ and ‘Make in India’ initiatives Indian government.