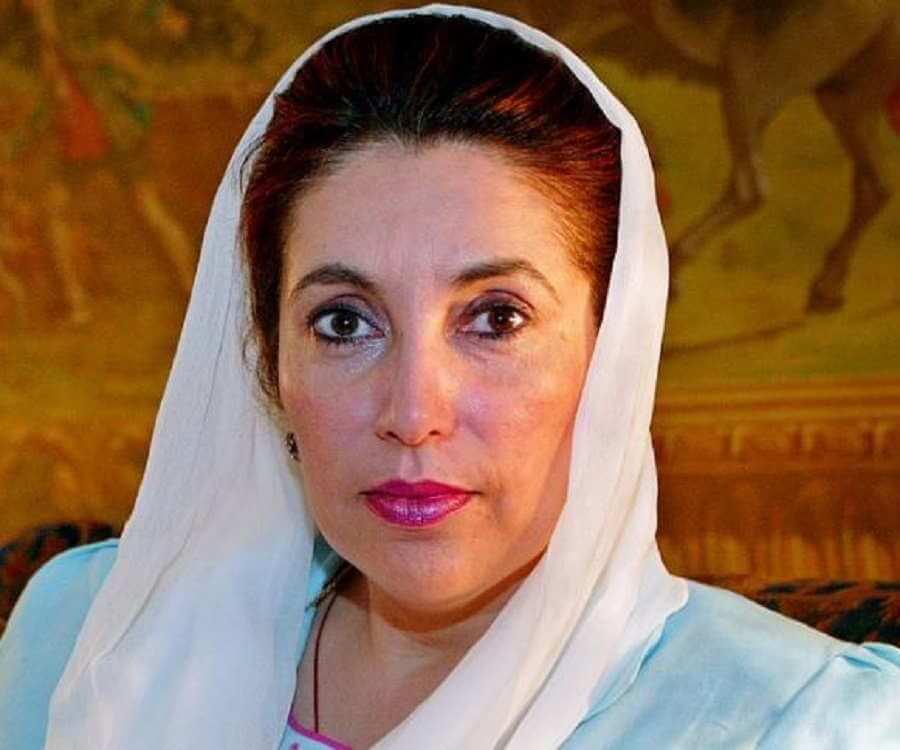 Benazir Bhutto was the first woman to be elected as Prime Minister of Pakistan. She came from a feudal dynasty from Sindh. Her father, Zulfiqar Ali Bhutto, was the founder of Pakistan’s People Party (PPP) and, post-liberation of Bangladesh, became the Prime Minister of Pakistan. His tryst with Pakistan’s destiny was short-lived. General Zia-ul-Haq hung him after taking over reins in a coup in 1977. The mysterious killing of General Zia in 1988 and a nudge from the US resulted in a call for democracy in Pakistan. Benazir, who co-chaired the PPP from the early 1980s until her assassination, was propelled into the Pakistani political landscape. Her education in Oxford and Harvard helped her gain acceptance amongst the whisky drinking generals of the Pakistan Army.

The Salafist ideology imported by General Zia had not fully permeated into the Army’s higher echelons. Nonetheless, she could never complete her two terms as Prime Minister because of the differences with the misogynist generals. The corruption by her husband, Asif Ali Zardari, who was popularly known as ‘Mr Ten Per Cent’, resulted in her ouster and exile to Dubai in 1997.

2007 was another crucial year in Pakistani history. It saw the loosening of grip on power by the Pakistan Army. General Musharraf’s failed Operation Searchlight on Lal Masjid and his differences with the Chief Justice of Pakistan, Iftikhar Mohammed Chaudhry, soon led to a clamour for reinstating a democratically elected government in Pakistan. Musharraf, who had also sent Nawaz Sharif of Pakistan Muslim League- Nawaz (PMLN) packing after the October 1999 coup, was left with no choice but to call the leaders of PPP and PMLN to contest the elections. Under this backdrop, Benazir decided to return home after a decade of exile.

During her decade-old exile, Benazir failed to realise that Pakistani society had metamorphosed into a hardline society. 9/11 and Musharraf’s role in ousting the Taliban government in Afghanistan as part of the global war on terror antagonised the fundamentalist forces. It led to a backlash against the US and allied forces within the
Pakistani society. Talibani ideology against liberal women had gained roots amongst the Deobandi and Ahl-e-Hadith madrassas in Pakistan. The Barelvis clerics also joined this competitive ideological slugfest to retain their relevance and hold over their followers.

Hence, when Benazir arrived on 18 October 2007 at Karachi Jinnah International Airport, she was welcomed by attempted suicide bombing. Though she survived, more than 139 people died, and nearly 450 were injured in that explosion. Two-month down the line, on 27 December 2007, she was killed by a 15-year-old boy named Bilal.

According to the Pakistan Theory, the Pakistani government blamed Tehreek-e-Taliban Pakistan (TTP) chief Baitullah Mehsud for executing the assassination. Though Mehsud denied his involvement, he was killed in a US drone attack in 2009. Benazir was continuously under threat by Al-Qaida, Taliban, and local jihadist elements. The cause of Bhutto’s assassination remains shrouded in mystery, and the five-year term by her husband, Asif Ali Zardari, failed to bring the truth out. The eyebrows were further raised after his senior aide Bilal Sheikh was killed by a suicide bomber in 2013. Sheikh had been in-charge of Bhutto’s security when she returned to Pakistan post-exile. The investigators focused on lower-level operatives. In 2013, the Pakistani court charged Musharraf for Bhutto’s assassination. But the Pakistan Army ensured a safe passage to their former Army Chief by allowing him to leave the country.

The PPP-led government of Asif Ali Zardari requested the UN team to investigate the assassination. According to UN Report, Bhutto’s assassination could have been averted had adequate security measures been taken. The report held Musharraf’s administration answerable for this failure. Moreover, issues like failures in the immediate investigation,
refusal to allow an autopsy of her body & insufficient evidence for the team to investigate hinted at a coordinated plan and execution. The UN team did not name the suspects and concluded that the responsibility lay with Pakistani Court.

Another conspiracy theory alleges al-Qaeda’s role in executing her. It states that they hired the Pakistani Taliban to execute the attack, possibly with the support of rogue Intelligence agents, while the local police were employed for the cover-up. A decade later, TTP claimed responsibility for killing Benazir in 2007. The reason stated that she was
collaborating with the US against the ‘Mujahideen’. The details are captured in the terror group book ‘Inquilab Mehsood South Waziristan – From British Raj to American Imperialism’.

Lessons for the World

Benazir paid the price for her failure to listen to her political instincts. She knew that the Pakistan of 2007 was different from that of 1997. The 9/11 incident and the American intervention in Afghanistan had united the fundamentalist forces in Pakistan. The people’s disenchantment against the US and its western allies was palpable. The Talibani ideology had gained ground, and the role of liberal women in society was abhorred. Unfortunately,
Benazir’s closeness with the US and her liberal values became her nemesis. Her assassination shows that hardline thoughts have taken a deep seat in Pakistani society.

Prime Minister Imran Khan was seen defending the Taliban over women rights in the recently concluded the Organisation of Islamic Countries (OIC) Summit on 20 December 2021. It sums up the mindset of the power elite in Pakistan. Regrettably, Pakistan Army and politico-fundamentalist organisations will never like women to led their country.

The killing of Benazir was probably to convey the message to aspiring women like Maryam Sharif in Pakistan to bury their ambition. Once the medieval mindset permeates the ruling elite mind, the degeneration of society is complete. The world needs to give a hard look at the emerging ideological space in Pakistan and its possible radiation.