Lengthening Shadows of the Ukraine Crisis 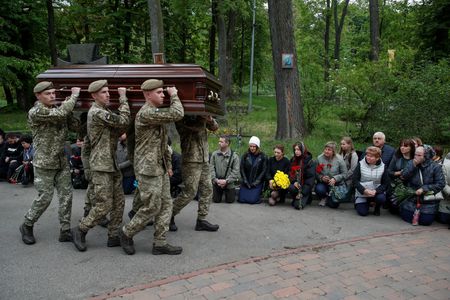 Wars inflict lifelong misery on innocent population without discriminating young and old, women and children or nationality. Regardless of the outcome, they bear the brunt. This has been the story in Vietnam, Serbia, Iraq, Yemen and Afghanistan. Ukraine promises to be no different. Invasion of Iraq left over 600,000 dead. The dead in Vietnam numbered over a million. About 400,000 have already perished in Yemen and 97% of Afghan population have been pushed into poverty.

These figures look even more sinister when we consider that it does not include broken families, people maimed for life or the displaced. For sufferers of a war’s consequences, it matters very little as to what caused the war or who is to be blamed. With millions of war ravaged strewn across the world, humanitarian assistance for them must remain on top of the global agenda and must be delivered equitably without discriminating whether they are from Yemen, Afghanistan or Ukraine.

News and opinion pieces on every dimension of the Ukraine crisis have been flooding the media space across the world. But what we get to read, hear and see about the crisis is restricted only to what is being put out by the Western media. The other side has been totally blanked out. In an era where perception management and narrative creation are as effective as some of the deadliest weapons of war, this one-sided coverage is bound to be weaponised. For a balanced and unbiased perspective, we need to also seek inputs and opinions beyond just what the Western media serves.

Ukraine’s NATO membership issue triggered the crisis. It is well known that from the 16-member club that it was at the end of the cold war, NATO added three new members in 1999, nine between 2004 & 2009 and two more between 2017 & 2020 to become the 30-member club that it is today. Although there were no written agreements about any restrictions on NATO expansion, Russia claims that there was a clear understanding during unification of Germany that there will be no eastward expansion of the NATO.

Among those who vouch for this is Jack Matlock, who was the US ambassador to the USSR from 1987 to 1991. In fact, he was the ambassador till about 3 months prior to the break-up of USSR. Even if we discount what people like Jack Matlock says, it is a fact that some of the declassified documents of United States NSA archives available in the public domain point towards such an understanding. This position, however, remains contested.

If we step aside and take a dispassionate look at Russia’s sensitivity towards NATO’s expansion into Ukraine, one has to say that it is comparable to the Cuban missile crisis of 1962 or the current Solomon island crisis or more accurately, comparable to a hypothetical situation where the democratically elected government of Mexico decides to get into a defence and security treaty with China or Russia. Imagine what would be the reaction, if indeed, such a deal is even contemplated. Closer home, China’s military footprints in Myanmar, Sri Lanka etc would cause serious concerns to India and the region as a whole and we would react within the limits of our capacity.

So, it is fair to say that even if there were no explicit understanding during the unification of Germany, Russia’s concerns appear well founded. Russia has always objected to NATO’s progressive expansion. But these were ignored, being feeble initially, and later, as fait accompli. The 2008 Bucharest declaration was a clear example of NATO’s disregard for Russian security concerns. Ukraine’s membership has been identified as the final red line by Russia. They consider it a non-negotiable, existential threat. Clearly, NATO’s proposed expansion into Ukraine is at the root of the problem.

It appears that Russia went in to Ukraine with a limited objective of delivering a swift and sufficiently heavy military punch, expecting Ukraine to fall-in line quickly. But the outcome seems to have belied their expectation with Ukraine displaying political and military resolve far beyond what was expected.

The crisis is causing severe geopolitical and geo-economic fall outs. Russia and Ukraine together account for 30% of the wheat supplies, 66% of the Sunflower seed oil and about 25% of the barley in the global market. There are 20 countries which have higher than 50% dependency on wheat from Russia and Ukraine. Dependency of Turkey and Egypt on them are in excess of 75%. There are10 other countries like Israel, Iran, Saudi Arabia and Ethiopia whose wheat dependency on the duo varies from 40 to 50%. Russia is also a big global supplier of fertilizers and accounts for 20% each of Nitrogen and Potassium fertilizers and 15% of the Phosphate fertilizer in the global market.

The agri supply chain disruption is further worsened by the fact that, Russia, in turn, is dependent upon EU for 60% of its pesticides and a whopping 70% of its seed requirements. Further, Agri economy is also highly sensitive to energy supplies as agriculture absorbs huge amount of energy, directly in the form of fuel, gas and electricity and indirectly for manufacturing agri chemicals such as pesticides and fertilizers. It is evident that the world is set to witness a severe food crisis and as a sign of things to come, wheat prices have already gone up by over 25%.

To understand the impact of supply chain disruptions across regions, we need to take a look at the global energy consumption pattern. North America’s per capita energy consumption is around 13,000 to 15,000 kWh, Europe consumes about 7000 kWh and South Africa about 4000 kWh. Against this, the per capita consumption of India is a meagre 805 kWh. Bangladesh, Sri Lanka and Pakistan consume even lesser at just about 60% of India’s and the Sub-Saharan countries consume just about 100 kWh per capita!!

These figures are revealing and tells us how little is the per capita energy consumption in many parts of the world. Beyond this, a cursory look at the per capita GDP across the globe will help us grasp the deeper significance and real impact of supply chain disruption and cost spike on poorer countries and the developing world. Per capita GDP of North America, Euro area, East Asia and Pacific are $61000, $35000 and $11,500 respectively. It is $6500 for Middle East and North Africa. Compared to this, South Asia’s per capita GDP is a paltry $1800 with Sub Saharan Africa figuring even lower at about $1500.

These facts and figures are indicative of the long economic crisis that is only beginning to unfold. It is evident that the heaviest burden of the geo-economic ripples, supply chain disruptions, shortages and price hike will fall on the shoulders of the developing world and the poorer nations. Many of them are likely to confront severe food crisis and political upheavals. While richer countries possess the capacity to pay more and look for alternative sources, the poorer countries, despite consuming so less, have no capacity to pay more or look for alternatives. They need support to procure essential goods and services from the cheapest source available rather than being arm twisted to comply with the long list of sanctions being announced unilaterally by the developed world.

In the tussle for world order, a new great game is being played out. Russia is the target and Ukraine, just a proxy. Considering the existential security threat that it perceives, it is difficult to visualise Russia giving in. Being a proxy, Ukraine may have little say in stopping the war. It is indeed extremely difficult to make any predictions regarding how this crisis will end. Unless someone displays extraordinary statesmanship, the attrition war in Ukraine will carry on for a while, inflicting great damage to Ukraine and a great deal of pain on poorer nations too. Poorer nations are staring at major economic crisis and food insecurity. Their post Covid economic revival has become more painful and more prolonged.

The crisis has given NATO an effective revival booster doze. It has triggered a fresh arms race with Europe deeply incorporated into it. Europe is likely to witness the biggest jump in budget allocation for defence in the next few years. Incidentally, the top five global defence manufacturers are all US entities and United States account for 50% of the top 100 global defence manufacturers.

The nuclear dimension is back in the forefront. It is worth pondering over the possible geopolitical implications had Ukraine not given up its nuclear arsenal and also as to what could happen if Taiwan acquires nuclear capability a few years down the line.

Erosion of United Nation’s relevance and credibility continues unabated. Geo-strategically, China has gained a great deal. United States is also a big gainer. It would be interesting to examine the possibility of a formal China-USSR alliance to counter NATO. North Korea and Iran may be inclined to join this club. We may also witness a set of countries like India, Israel, Saudi Arabia, UAE, South Africa, Brazil and the South East Asian countries who choose to take issue-based positions without being part of either of the alliances. For these countries, staying their independent course would be as much a question of retaining their strategic autonomy as would be the well-being of their population.

Beyond these aspects, there needs to be greater emphasis on building alternative supply chains. In the Indian context, ‘Atmanirbhartha’, especially in select critical segments will assume great significance. As for rest of the world, for India too, there will be considerable economic cost. We are already witnessing significant spike in inflation and our growth will be impacted to some extent. On the flip side, the Indian position is increasingly being recognised and accepted, albeit a bit grudgingly. Most importantly for India, the need for building capacities to guard our borders has become clearer – if ever there was a need for greater clarity on this aspect. It is evident that if a military confrontation takes place in the Indian context, we will clearly be on our own. There is only so much that even the closest allies can do.

As the crisis gets prolonged, we are witnessing some outrageous responses too. Leading this trend is the unilateral ’Confiscation’ of sovereign funds of nations and bank accounts and properties of private citizens. Global financial systems like SWIFT and global corporate entities are being used as weapons to secure war objectives. Frozen sovereign funds of Afghanistan to pay compensation to the victims of 9/11 or the proposal of EU and G7 to spend Russia’s frozen reserves on behalf of Ukraine are dangerous trends. One can only hope that such unilateral acts are not permitted to become the norm and instead will continue to be classified as “uncivilized and unacceptable” by the global citizens. 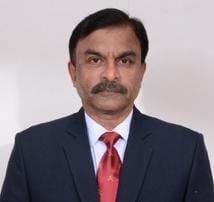 Lt Gen CA Krishnan, PVSM, UYSM, AVSM (Retd), is a former Deputy Chief of the Army and a former Member of the Armed Forces Tribunal. He has been on the Board of Directors of Bharat Electronics Ltd and Bharat Dynamics Ltd, two of India’s leading Public sector undertakings manufacturing defence equipment. He is a prolific writer with numerous published articles on a wide variety of subjects like strategic issues, Rare Earths, Space mining, Energy etc.