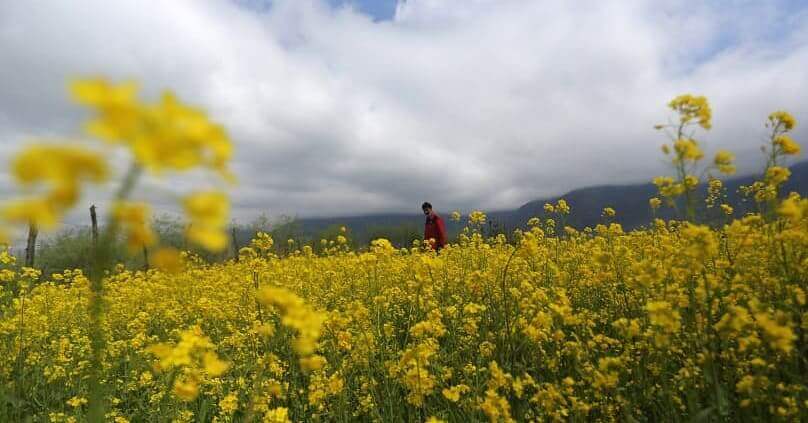 At a time when people of Jammu & Kashmir and entire world are grappling with the deadly pandemic that is continuing to cause widespread loss of precious human lives, there is a ray of hope emerging at the end of the tunnel for the bright and peaceful future of Kashmir valley and its inhabitants. The younger generation of Kashmir is finally getting integrated with the national mainstream after three decades of death and destruction and that is a positive news for a sustainable peace and tranquility to prevail in Kashmir valley.

An interesting phenomenon, the beginning of which was made even before the abolition of Article 370 and 35A of the Constitution of India, on August 5th, 2019, has been an increased participation of Kashmiri youth in national affairs and events, which some of them didn’t to do even during the peaceful days.

A typical Kashmiri traditionally keeps himself aloof from whatever national political, cultural or social happenings that takes place in rest of the country. Bombay’s film industry and Bollywood movie stars, thronged to Kashmir valley since 1950s for shooting along with thousands of tourists and pilgrims from different parts of the country and despite that the people of Kashmir largely kept themselves at bay from the rest of the world around them. This state of affairs continued after the advent of separatism and militancy in Kashmir valley that alienated Kashmiris and made them even less interested in national affairs.

This is however changing.

A new breed of younger Kashmiri men and women, who are studying in educational institutes in different parts of India that include not just Muslim oriented institutions like Jamia, Osmania and AMU but even secular institutions like JNU, DU and many other private educational institutes, are not only showing a keen interest in national social, cultural and political happenings, but they are also actively participating in them and expressing their opinion about them on their social media accounts.

The same Kashmiris, who showed no interest in Mumbai or Gujarat riots in 1990s and early 2000s however took an active part in last year’s anti CAA protests in Delhi. Kashmiri student community studying in Jamia and AMU were at the forefront of anti-CAA protests and were its prominent face. CAA interestingly was an issue that was not even remotely concerned with Kashmir or abrogation of Article 370 & 35A of the Indian constitution. Many analysts, who thought that Kashmiris will be totally detached from national mainstream after August 5, 2019, were surprised to see a widespread participation of Kashmiris on an issue that does not concern Kashmir. It was a sign that Kashmiris are finally leaving behind decades of antagonism and were now trying to find space for themselves in national mainstream.

Even prior to August 5, 2019, younger Kashmiris could be seen making their presence felt across the wide spectrum of national cultural, sporting and activism space. From leftist politics of JNU (Shehla Rashid) to TV industry (Hina Khan) to movie industry (Zaira Wasim) to many prominent journalists, activists, influencers, artists, musicians, authors, both Kashmiri Muslims and Kashmiri Pundits are now prominent face of national mainstream activities. They are strongly voicing their opinion and even criticism on various issues that concern Kashmir and people of Kashmir. Unlike in the past they are not keeping aloof and remaining disenchanted but are aggressively making their presence felt in the national discourse.

More recently, Kashmiris living in Srinagar, Jammu, Delhi and other Indian cities could also be seen using Twitter to amplify request for beds and oxygen cylinders for Coronavirus patients that included both Kashmiris and non-Kashmiri patients. Not just high-profile Kashmiris but also ordinary Kashmiris like students, businessmen or Kashmiris working in companies across India could be seen caring and participating like many others  trying to help others amidst raging pandemic. 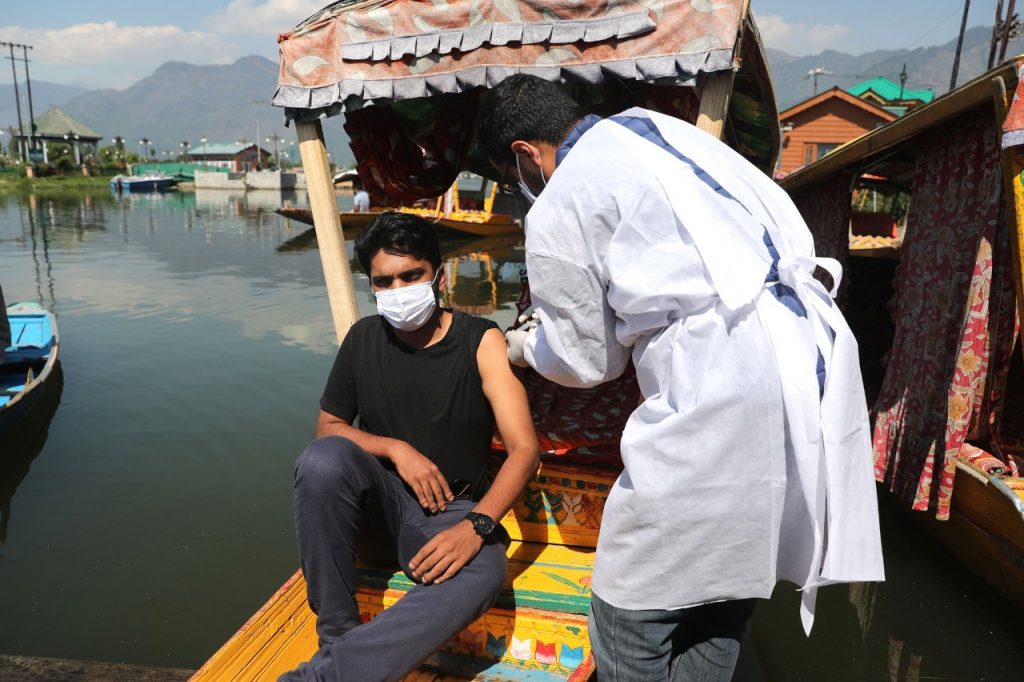 This is an indication that younger generation of Kashmiri youth despite continuing their grievance against decades of state high handedness that has left many unanswered questions relating to suffering of ordinary Kashmiri people, the younger generation of Kashmir is finally breaking the shackles of past and is finally seeking a stake in national mainstream but on his own terms and in his own way. He has now selectively started linking himself with those national happenings, with which he can emotionally and culturally relate to and engage with. This is a significant development.

It is also important to note that it is not prudent to expect Kashmiris to integrate with national cultural, social and political mainstream in direct manner given the three-decade old history of militancy and related grievances that Kashmiri people have with the state. Yet, the younger generation of Kashmiris is reaching out to national mainstream after all these decades, which should be welcomed, supported and encouraged further.

The common religious interests of Kashmiri Muslims and Muslims of different parts of India and their collective common causes and concerns have finally built the bridge between Muslims of Kashmir and those from other parts of the country, which will indeed be strengthened over time. This is evidenced by ever growing number of Kashmiri Muslims visiting and making annual religious trips or pilgrimages at various prominent Muslim Sufi shrines of country including shrine of Khawaja Ghareeb Nawaz at Ajmer Sharif in Rajasthan, Hazrat Nizamuddin Chisti Auliya in New Delhi and Piya Haji Ali shrine in Mumbai, Maharashtra. 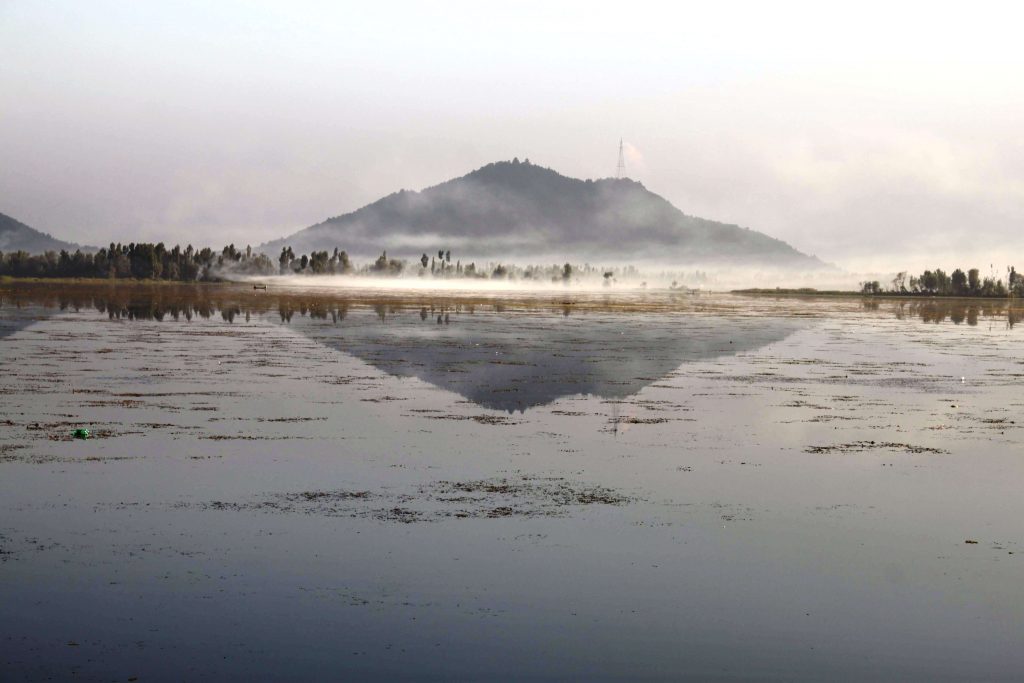 Kashmiris are taking small baby steps towards this “new integration” by assimilating themselves with our country’s Islamic cultural, political and social issues. If this “new integration” is to either remain sustained or pick up pace in coming time, this would augur well for Kashmir’s future. If the ordinary Kashmiri, who has had a troubled and difficult relation with accepting our national cultural and social mainstream finally reaches out, it might help stabilize situation in Kashmir valley and help its people to finally come out of the vortex of that had completely plagued their normal lives in last three decades and all elusive peace may also return permanently to Kashmir valley.

Javed Beigh is State Secretary of People’s Democratic Front. He is a prolific Writer and Political Analyst from the Valley. He has also served as PRO ( Public Relations Officer ) to Former Chief Minister of erstwhile State of Jammu and Kashmir. Views are his personal.

May 28, 2021
I am really glad to hear about Kashmiri youths and citizens exploring themselves and joining the main stream of India and its culture.

May 28, 2021
After reading this article there are few questions which raised in my mind, whatever happens(Terrorist activires) in Kashmir is awalys linked to Pakistan, since now the tables are turning in Kashmir and there are chances of parmanent peace and this is happening beacuse different terrorists groups are loosing grip because of lack of funding as China refused to give $6 billion, on other hand US wants to build its's airbase in Pakistan for this US will definetly going to give funds to Pakistan, and there are high chances that Pakistan will use those funds to push terrorism in India, so my question is will it affect the J&K region again?? Will 1980's &90's situation in J&K will return??

May 28, 2021
Nice to see that Peace is returning in Kashmir and Kashmiri youth taking part in National affairs of India.🇮🇳🇮🇳🇮🇳🙏🙏