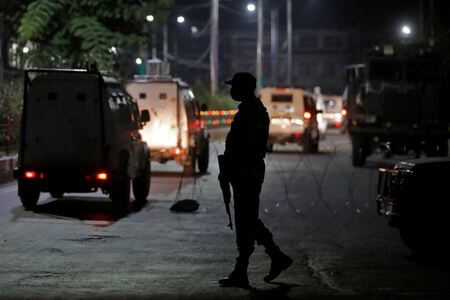 There are certain characteristics in insurgencies or terror campaigns, and the counter operations undertaken to neutralize them, especially in the Indian context. The belief emanating from my Counter Insurgency and Counter Terrorism (CI/CT) experience is that the propensity of the security forces (SF) to make mistakes is inversely proportional to the strength of terrorists present in the area of responsibility.

When the strength is large, responsibility for the conduct of operations is inevitably delegated far below. Speed of response is essential; orders cannot be awaited. An odd mistake may even be overlooked in the run of operations; no one really questions a missed encounter or escaped terrorists when multiple operations are ongoing.

However, as the strength of terrorists reduces, the SF try harder and the leadership comes under a self-created delusion; the obsession to achieve more results becomes stronger. It’s the ‘Last Mile’ syndrome where a perception persists that a last push is needed to break the terror bastion and create permanent stability. The latter, however remains elusive and it does not arrive for long, especially if there is an adversary sponsoring the proxy war and the potential of infiltration remains, even as vigilance is at a high, and the motivation for recruitment of locals to terrorist ranks does not entirely wane.   In other words, the lessons from the ‘mathematics of terrorism’, which deals with terrorist strength at the beginning and end of each campaigning season, besides the periodic review every few years, do not appear to sink in. A ‘spiral’ of action and reaction continues to exist at most times.

The context of the above is the recent Hyderpora encounter and many before that in the past 30 years. A magisterial inquiry is currently underway, so it may be incorrect to comment on the validity of claims of either side, the SF or the affected families. What is more important for us is to just take the encounter as it was and contextualize it to the explanation given above.

But before that a brief narrative of what the Hyderpora encounter is all about. Recent days saw a run of minority targeting in Kashmir and the Pakistani attempt to divert attention to areas south of Pir Panjal through guided operations; it was inevitable that the SF would come under pressure to energize their operations to produce more tangible results and neutralize the re-emerging terrorist capability. Pakistan was looking towards reviving the traction of separatism and we had to nip that early.

It essentially translates to visibility of more bodies of terrorists and arrest of more Over Ground Workers (OGWs); the latter are an essential part of the proxy war landscape.  These actions are inevitable and legitimate but there has to be a method that gives us the advantage with a corresponding disadvantage to all adversaries. The SF operations have always been sound and in recent years based much more on intelligence, rather than random cordon and search. However, at Hyderpora it seems things just went awry.

This landmark is a high profile neighborhood on the south of the Srinagar bypass before arriving at the airport crossing, while driving from Pantha Chowk. Among the important addresses here is that of the late Hurriyat leader Syed Ali Shah Gilani. Last week in an encounter at a multi-storey building four persons were killed in a joint operation by the SF. These were Mudasir Gul, a young dentist, Arif Mohammad, an alleged hybrid terrorist, Altaf Bhat, the owner of the multi-story building and Haider, a Pakistani terrorist.

The sequence of events is insignificant but if credence is to be given to the versions doing the rounds in official circles it appears that some nefarious anti-national activity was being conducted by OGWs and terrorists; number undetermined. An operation was conducted and the results were as above. Bodies of those killed were not handed over to the families as per norms now in place for the last three years or so; they were buried in anonymous graves in North Kashmir so that no inspiration is absorbed from the so-called martyrdom by the younger generation.

Very shortly the family and some others vehemently protested what were felt to be wrongful killings and infringement of basic human rights. All this went on air through television channels.  Those who know Kashmir well will usually vouch that such protests take place when the allegations of mistaken or wrongful killings are considered fool proof. The Police on orders exhumed the bodies of the two alleged OGWs and handed them over to the families for burial.

Nothing wrong with all the above until the magisterial inquiry proves something unlawful.  In CI/CT areas operations run in the grey zone and the best of intelligence can prove wrong. So how does one handle the paradox of all this. The advantage which the adversary seeks in carrying out the strikes against minorities with help of a new breed of ‘hybrid‘ terrorists who aren’t the old gun toting guys in ‘firans’ but jean clad youth with pistols and grenades, is to instigate the SF into ‘impatient operations’ and to committing of  mistakes. These mistakes can then be converted to advantage by enhancing alienation through a well-structured communication strategy program.  This is the ‘spiral’.

It starts with reduction in terrorist strength through relentless operations, control over OGWs and separatist activity, clamp down on street protests and a positive outreach to the populace which brings down the strength of local recruitment. The adversary then plans and conducts sponsored terror acts to inspire the populace. The SF conduct energetic operations without any change in concept; metaphorically they are drawn into battle instead of conducting these as per the need of the day. Mistakes occur; even one or two are sufficient to send a carefully crafted strategy into limbo. That is the ‘spiral’ for you and it occurs every few years wiping out all gains of outreach and civic action.

There are ways of overcoming the ‘spiral syndrome’. The first and the most important requirement is an acceptance that there is a need for change. Operations cannot go on the older way.  Second is a rejig in the ways of ‘command and control’. Micro management, never a principle in fast moving CI/CT operations when terrorist strength is high, is now the need of the hour. The scope for mistakes has to be reduced and therefore the levels at which operations are cleared for execution has to rise. Gone is that phase when we always presumed CI/CT operations as the domain of the young officer. The latter’s energy is still needed, as much as his leadership skills.

However, the decision to rush for execution on gaining intelligence takes a slightly lower notch as the approving authority gets to be a relatively higher commander. In the case of the Army the division commander’s level is the authority I would recommend. I can sense the naysayers who will decry the concept of higher control in CI/CT operations recommended here as an unnecessary restriction. However, the advantage of relatively lesser chances of mistakes when weighed against the lower chances of assured success in terrorist kills clearly stands out as advantage. With terrorist strength hovering around 200 we cannot afford alienation to create a reservoir of youth willing to join the terrorist cause.

Lastly, CI/CT operations are heady by nature and good soldiers find it difficult to curb natural aggression. A conscious effort to curb not initiative but the urge to respond to intelligence will cool down the environment. Terrorists killed could reduce in strength but the potential for revival will be much lower.

Commanders in chain need to understand the different dynamics of each stage of CI/CT operations. The importance of SF unity and endorsement of the concept of operations along with sufficient sensitization to the times is what keeps the balance and ensures no repeat of the milestone negative events of the past which often pepper the talk and concern of Kashmiri citizens.

In the Last Mile bruised egos can be set aside and the aim of the higher authorities should take centre stage. To cement the success of 5 Aug 2019 we need to remain wedded to a concept of operations which prioritizes order and stability and less on body count.

Feb 23, 2022
The strength of the terrorists active in Kashmir is not reducing; even though some have gone dormant because their benefactors in Pakistan is facing a dwindling bank balance. Intents remain, means have temporarily reduced. Pakistan is the only source of terrorism in India (it is not home grown because it does not receive sufficient funding from Indians sympathetic to their cause). I am not suggesting there are not people sympathetic, I am suggesting that they are not funding them to the extent necessary to create a self-sustaining insurgency and sustained acts of terror. I think it is ill-advised at this time (or any time in near future) to assume that now things are okay with Pakistan. Of course, with inflow of aid from China and US, and from the Middle East Oil-rich countries, they are changing tune. They now want to talk, to debate, to trade. I know that that powerful people in India will overtly promote the idea of capitulating, and embracing Pakistan (giving them aid, talking to them, trading with them). I hope other, more sensible voices, drown them out. Of course, the return of Congress to power means they will give the whole country. But even with Modi in power, this active fifth column (many collectivists, theocrats, communists, socialists, trouble makers) will urge movements to engage Pakistan. Terrorist threat goes away only after the Pakistani military is thoroughly defeated and disbanded. It is foolish to let our guard down up to that point.