Kashmir and the International Media 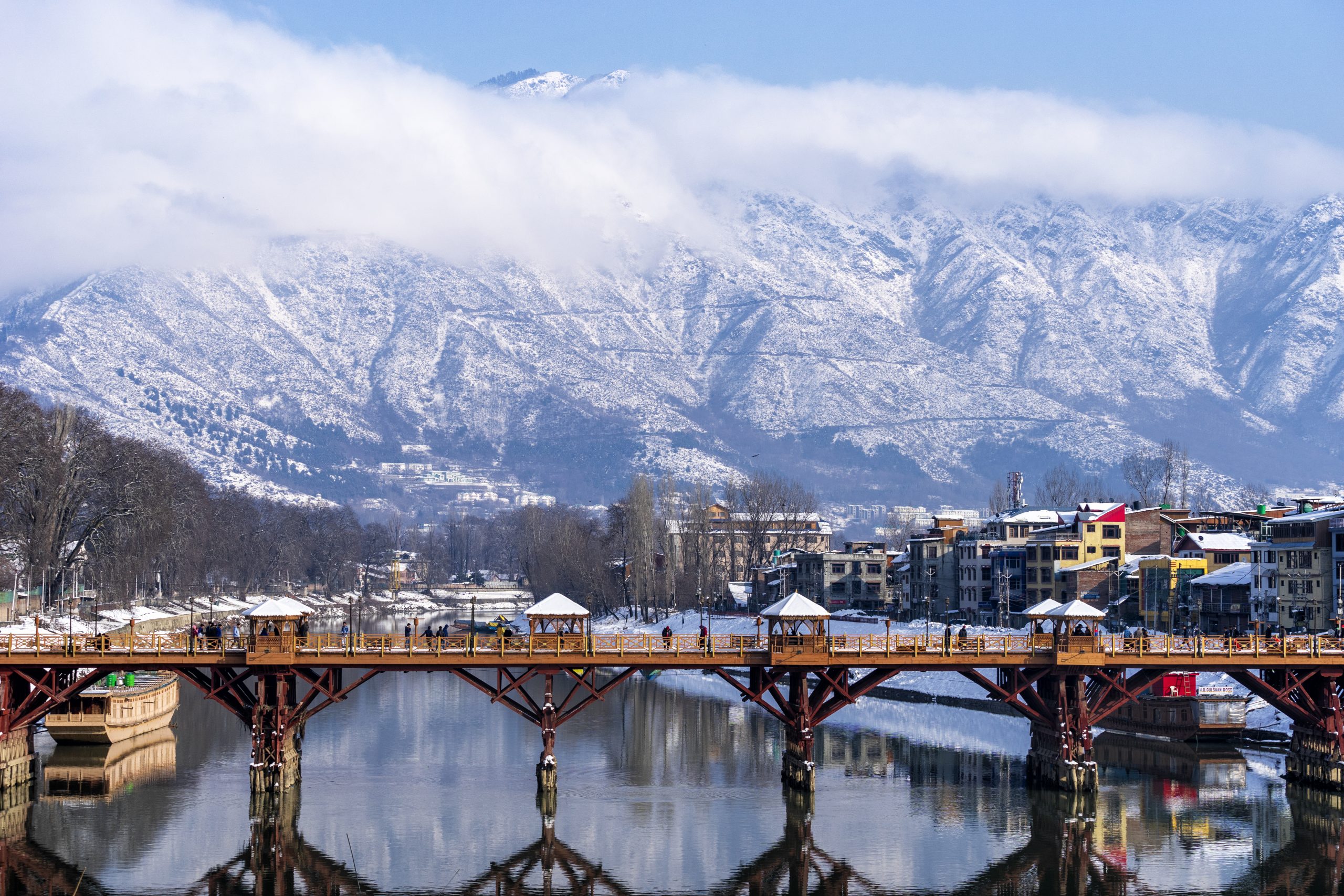 In August 2019, Narendra Modi and his new Home Minister, Amit Shah, abrogated Article 370, which had given a special status to Kashmir since 1948. A lot of adverse western media coverage followed, which was quite unfair: newspapers like the New York Times, Le Monde in France, the Guardian in the UK etc, decried the move and made it as if Kashmiri Muslims were persecuted by an awful right-wing Government. Unfortunately, the correspondents posted in Delhi did not do their homework – though they are paid for properly informing their mostly ignorant readers/viewers, about India, a far and complicated country. They could have said for instance that the state of Jammu and Kashmir is divided into three parts: Ladakh, mostly Buddhist; the Kashmir Valley, which is predominantly Muslim, but which had 1 million Hindus in the early 20th century; and the Jammu region, where Hindus still have a slight majority (though the Rohingyas influx, is tilting the balance). Since the late 1990s, under the influence of Sunni Pakistan, which has never forgiven India for the loss of Bangladesh (erstwhile East Pakistan), Muslims in the Kashmir Valley started claiming independence with guns and violence in the early nineties, chasing out nearly 400000 Hindus, who fled without firing a single shot and became refugees in their own country (I know:  I was there, as the correspondent of the French newspaper Le Figaro).

In those days, most western and Indian correspondents, led by Mark Tully, who was already considered as a beacon of journalism, accused the Indian Government of lying about the fact that Indian Kashmiri separatists went (and still do) to Pakistani Kashmir, where they are financed, trained and armed, and then return to India through porous Himalayan borders to carry out attacks or suicide bombings. I knew that it made sense and I was probably the only journalist who said so. I also wrote both in my articles and books, that since 1947, Pakistan, aided by China, which also claims parts of Indian territory, has initiated three wars to regain Indian Kashmir, four, if you include the Kargil war, fought in the icy reaches of upper Kashmir. Worse, the proxy war which they are waging on India today, by arming, training and financing not only Kashmiri separatists, but also Islamic militants coming from Afghanistan, or even faraway Sudan, has cost the lives of nearly 60000 innocent people, mostly Hindus and some Muslims. It should be added that Pakistan decided in the late eighties that it would be easier to regain Kashmir if all the Hindus were pushed out by a campaign of terror, both in the valley, where they were a tiny minority and in Jammu where they still have a thin majority. Thus, as I said earlier 400,000 Kashmiri Pandits, constituting 99% of the total population of Hindus living in the Kashmir Valley, have been forcibly pushed out of the Valley by terrorists. Since 1989, they have been forced to live the life of exiles in their own country.

It also pains me to see that Kashmiri Muslims, using the freedom they have, portray themselves today as martyrs, both in the Social Media and with, as it happened recently, foreign countries’ ambassadors, who visit them. Westerners should be reminded that terrorism in Kashmir is not about separatism only, it is also an ideological struggle in the name of Islam, with specific fundamentalist and communal agenda. Terrorist violence aims at the disengagement of the state of Jammu and Kashmir from India and its annexation to Pakistan. It is a continuation of the Islamic fundamentalist onslaught, which started with the first Arab invasions in Sind in the 8th century.

The war, for let us call it by its real name, remains a virtually insoluble problem for Narendra Modi, who after the abrogation promised both greater freedom of education and more rights to the Kashmiri State. Before the abrogation, he even tried a coalition government, with the BJP joining the People’s Democratic Party (PDP) of Mehbooba Mufti, who became the Chief Minister of the State. This did not go smoothly, as Mehbooba Mufti wanted the army to withdraw from the Kashmir valley, where the order would be entrusted to the local police, assisted by a Border Security Force (BSF). This would have been a catastrophe and luckily, the BJP Govt saw the light before it was too late.

However much the western media, ranted about it, many in India, supported the removal of Article 370 and said that Mr Modi set a wrong right. In effect, Article 370 allowed Kashmiris to settle anywhere in India, buy land, start businesses, open shops – but the rest of India could not do the same in Kashmir. Today, Kashmiri Muslims are all over India, having cornered the carpet, shawls and souvenir business, but did not want anybody else, specially if they were not Muslims, settling in the Valley of Kashmir, where they dominate. It is as if New Yorkers could go and buy land anywhere in the United States, but the rest of the Americans, could not come to New York…

Every Govt, whether Congress or BJP, has always thought that subsidizing the Valley of Kashmir, and pouring billion of rupees, will make Kashmiri Muslims happy and that they, fed up with decades of strife, will long for peace. But my perception is different: as many Muslims in the world, Kashmiri Muslims first allegiance is to Islam and they do not feel they are Indians. I remember travelling by air from Srinagar to Jammu and being seated next to a very nice Muslim lady, who was taking her daughter to a convent school in Jammu. After I told her I was a journalist, thinking that like most western correspondents, I was sympathetic to the Muslims of the Valley, she answered frankly when I asked her what she thought about the separatist war: “our hearts are with Pakistan – as we feel safer with Islam”. Simple and direct. I wish Indian politicians would understand that.

Is there any solution to the Kashmir problem? I don’t think so. It will continue to flare up again and again. The Chinese factor is often ignored: but because China has an ongoing border conflict with India, it is all in its interest to see that Delhi is surrounded by hostile neighbours and that the Kashmir conflict remains active. If only the BJP Govt would perceive that they have such a unique trump in their hands in the person of the Dalai Lama, a Nobel peace prize: nothing rattles more the Chinese than the very mention of his name. He is a friend of India: why can’t the Indian Govt give back tit for tat to the Chinese, who claim Arunachal Pradesh, and openly say that Tibet is a disputed territory and the Dalai lama its undisputed spiritual and political leader???

Unfortunately, in Delhi amongst journalists and intellectuals and even some higher bureaucrats of the MEA, you will find many who will say: “so what? India is a big country; we can do without Kashmir”. This is why we have to examine why is it important that India retains Kashmir. The most obvious reason is that Kashmir is of extreme strategic importance to India. If Kashmir would fall out of India’s hands, New Delhi would be surrounded by three hostile nations who strategically could swoop down from a height: Tibet, which was once the peace buffer between India & China; Nepal, which is de facto fallen in hostile hands: and Kashmir, the gateway between the Middle East and Asia.

Secondly if India allows Kashmir to go, why not Manipur, why not Tripura, or even Tamil Nadu, which has Dravidian aspirations? Many countries in the world face separatism problems, whether France with Corsica, or even Britain with the Falklands, which is thousand of miles away. Why should India let go of Kashmir, which has been culturally, spiritually and physically part of its body for at least 5000 years?

Pakistan is also blackmailing the Western world, especially after the removal of Article 370: “If you do not pressure India to negotiate Kashmir, there is the danger of an atomic war”. The Americans – and also Europe – succumb to this blackmail, while Pakistan, a small autocratic country still on the verge of bankruptcy and torn apart by religious dissensions (Shiites and Sunnis joyously killing each other), would not be the first to press the nuclear button, because India has much more nuclear warheads than Islamabad – Pakistan would be wiped off the map of the world. Apart from religion, Pakistanis and Indians are alike in every way: clothing, customs and food – the only solution, in the long run, is an “entente cordiale”. Yet, Statistics predict that by 2050 India will have the largest Muslim population in the world, surpassing that of Indonesia. This poses a problem for any Indian government, Kashmir or not.

The solution, eventually, would be a “Common Market” of South Asian countries, which would see the borders dwindling, a single currency, and a beginning of understanding between the enemy brothers. We are still far from this possibility.

François Gautier is a journalist and writer based in India and served as the “South Asian” correspondent for multiple reputed French-language dailies. He is the founder of a private museum, Museum of Indian History in Pune,  that seeks to portray Indian history in a correct nationalist manner. factmuseum.com His  latest book  is ‘An Entirely New History of India’ published by Garudabooks.com.