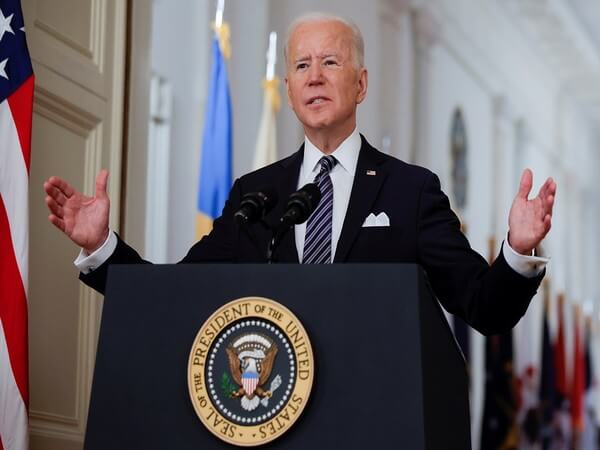 “Two steel birds will fall from the sky on the Metropolis / The sky will burn at forty-five degrees latitude / Fire approaches the great new city / Immediately a huge, scattered flame leaps up / Within months, rivers will flow with blood.” This is how the 16th century French writer, Nostradamus prophesied the events in New York at 8.45 AM on September 11, 2001. The accuracy of the prediction stunned the world, even though the language used was open to various interpretations,

Even after twenty years, everyone who was alive on September 11, 2001 will recall where he was precisely at the time of this extraordinary event, which shook the world. It was on that day that 19 militants, associated with the Islamic extremist group Al Qaeda, armed with box cutters, knives and forks, hijacked four airplanes and carried out suicide attacks against targets in the United States. Two of the planes were flown into the twin towers of the World Trade Centre in New York City, a third plane hit the Pentagon just outside Washington, D.C., and the fourth plane crashed in a field in Shanksville, Pennsylvania because of a scuffle between the hijackers and some passengers. Ironically, the passengers sacrificed their lives to save the very same Capitol Hill, which saw an insurrection this year. Almost 3,000 people were killed during the 9/11 terrorist attacks, which triggered major US initiatives to combat terrorism and defined the presidencies of George W Bush, Barack Obama, Donald Trump and Joe Biden.

I was at a meeting of the Board of Governors of the International Atomic Energy Agency in Vienna when the news came of how four passenger planes with full fuel were turned into deadly missiles over New York city. When the Chairman announced an immediate adjournment of the meeting to permit delegates to follow the events, the American Ambassador made a plea that the meeting should continue “as though nothing had happened,” in a display of extreme confidence, but the hall was empty in a few moments when the game changing events of that morning unfolded. The world had changed, we thought, beyond recognition.

The irony of the twentieth anniversary of 9/11 is that, instead of it becoming an occasion to celebrate the victory of the US forces against terrorists in Afghanistan, it marked the ignominious exit of the American army as the Afghan forces, which were expected to resist a Taliban takeover, surrendered and President Ghani left the country. The American miscalculation about the consequences of its withdrawal added to the poignant memory of 9/11. The situation was compounded by a surge in the pandemic and a number of natural calamities across the country, pointing to the failure of measures to combat climate change. The US and the Biden Administration relived the agony of 9/11 all over again.

The only matter of satisfaction to the US was that no major terrorist attack had taken place on US territory in the last twenty years. Since 9/11, only one case of a jihadist foreign attack took place, killing 107 people even as the UN army was engaged in a fierce fight against terrorists on the Afghan soil. The formation of the homeland security apparatus and the comprehensive security system at the airports were responsible for this achievement, together with the robust participation of the public in providing support through early warning to the authorities. Perhaps, the main legacy of the last twenty years is that the security of the nation against terrorist attacks was ensured. The US and other countries have succeeded in setting up security systems, which reduced terrorist attacks around the globe, even though terrorist outfits were not eliminated.

Twenty years ago, it was predicted that 9/11 would completely change the world and alter theories of deterrence, efficacy of nuclear weapons and geopolitics itself. It was also predicted that  one of the root causes of terrorism, the question of Palestine, would be resolved. But humanity turned out to be a stubborn species, which did not change its ways drastically. Even a comprehensive convention against terrorism could not be approved because of the old notions of good and bad terrorists. No reduction took place of the nuclear arsenals in the world, even though 9/11 had demonstrated the futility of nuclear deterrent against human depravity and terror. The move towards nuclear disarmament and global zero, initiated by President Obama, made no impact. The Arab-Israeli conflict did not abate because of the hardening of the US policy on Jerusalem and other related issues. There have been major changes in Israel’s relations with the major Arab countries, but repeated flare ups in Gaza showed that there was no fundamental change, as envisaged soon after 9/11.

The awareness of the dangers to the US state was the major outcome of 9/11. Before that, the Americans were not aware of Al Qaeda, Osama bin Laden or ISIS. A consequence of such awareness was the need for the US to go for wars abroad to deal with the dangers at their source. The war on terror in Afghanistan did not end even after  the Taliban Government was ousted and Osama bin Laden was located and eliminated. The invasion of Iraq and the killing of Saddam Hussein were also on account of the new sense of vulnerability that the US encountered. The sense of security of the US, based on its economic and military power, suffered a setback in the twenty years after 9/11.

The immigration and deportation policies developed during the Trump Administration, including the idea of building a wall on the Mexican border was the result of a new fear psychosis of the US. The travel ban on people of some Islamic states and restrictions imposed on H-1 visa and others were the manifestations of the new mindset. The US ceased to be a friendly migrant country, symbolised by the Statue of Liberty, which beckoned the poor and displaced persons of the world. Migration issues created fissures in American alliances in Europe and the American support to Brexit was also not unrelated to the new phenomenon. Air travel became safer, but the severity of surveillance made travel to the United States more hazardous and unpleasant.

The American personality and friendliness were redefined in the last twenty years. The preoccupation with homeland security also inhibited attention in other vital areas such as climate change, health issues and systemic racism, which impacted American society. The handling of the pandemic revealed deep differences in the society and brought about havoc in the country.

The impact of 9/11 on US foreign policy led to a certain distrust in multilateralism, globalization and relations with allies. President Trump’s America first policy and gradual reduction of his engagement with the world has led to the impression that its vulnerabilities will leave a vacuum in global leadership, which China attempted to fill. The corrective measures taken by President Joe Biden are yet to get traction. His decision to withdraw from Afghanistan without ensuring an orderly transition, leading to the return of the Taliban with greater support than it enjoyed in 2001 added a particular poignancy to the twentieth anniversary of 9/11. The US presence in Afghanistan had kept relative peace in the country and also reduced the terrorist menace to the rest of the world. But if only the US had insisted on an inclusive Government in Kabul and had evacuated American nationals and others friendly to the US in the last twenty years before surrendering the air base to the Taliban, the US would have had something to celebrate on the occasion of the anniversary of 9/11. But sadly, it is the bitter experience of the bombing and the vulnerabilities of the only Super Power which have come to the surface, together with the daunting challenges it faces.

“Twenty years after the attack on the Twin Towers, it feels right to question everything—our military reaction, our domestic response, our insufficient support for first responders, and so on. One thing, though, is blazingly clear: we are no longer young, and, as we mourn those lost, we search for a better path, and a clearer way, to endure and transcend the incomprehensible,” writes Roger Angell in the ‘New Yorker.’