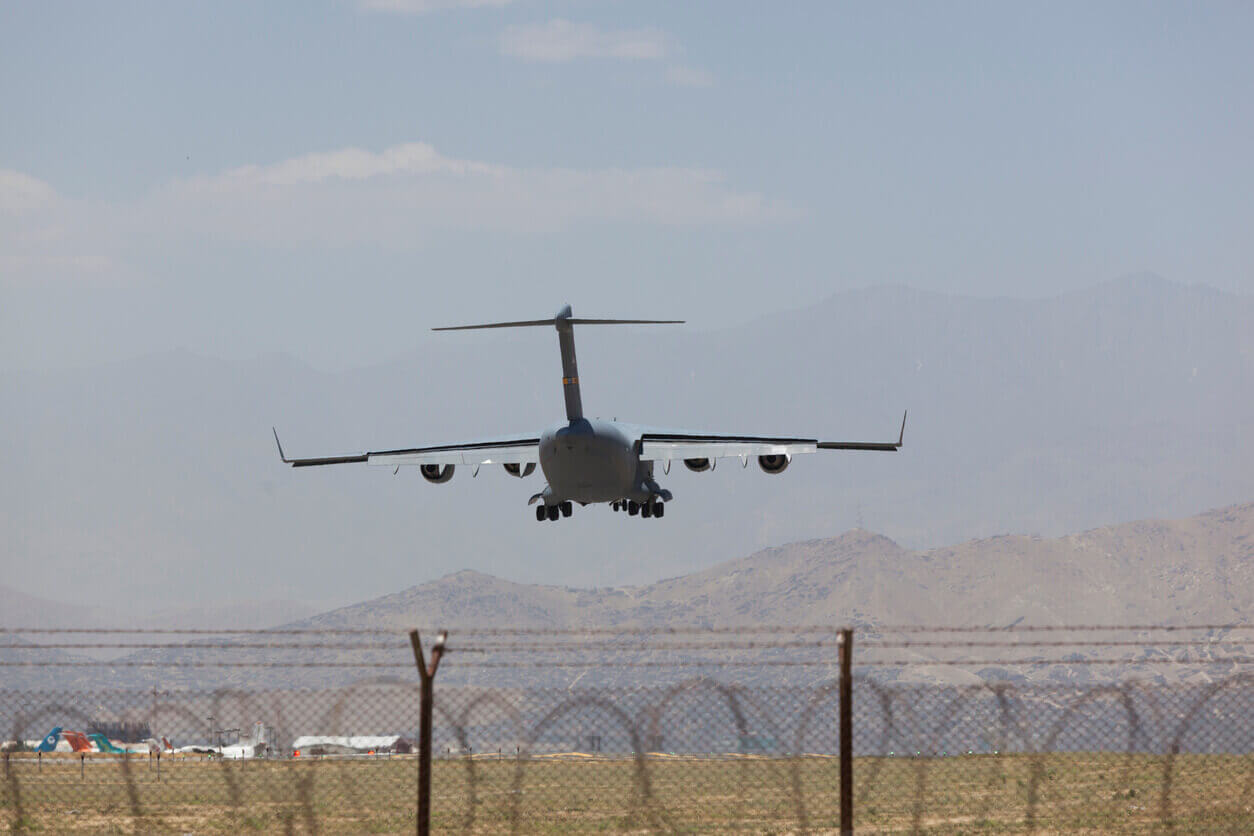 The proposal made by Turkey’s President Recep Tayyip Erdogan to US President Joe Biden last month on the sidelines of a NATO summit that Turkey could undertake the security of the Hamid Karzai International Airport in Kabul after NATO’s withdrawal from Afghanistan could be a bargaining chip for improving Ankara’s relationship with Washington but given the resurgence of the Taliban it could turn into a nightmare in the long run, unless it is handled very skillfully and with the utmost caution.

Erdogan told Biden that Turkey could run security at the airport if the US provided it with the necessary “diplomatic, logistical and financial support.”Ankara wants to collaborate with Pakistan and Hungary in this task. In their first face to face meeting, Erdogan and Biden did not make much progress on the main disputes that have poisoned Turkish-US relations in recent years, but Erdogan indicated that there is a possible consensus on Afghanistan.

Ankara’s proposal to secure Kabul’s airport, after the withdrawal of US and NATO troops from Afghanistan by August 31, raises questions about the risks it is prepared to take, what logistical and other support is going to get from the US for the whole operation, what the Biden administration is prepared to do on the contentious issues between Ankara and Washington and what actual support Turkey may be given on the ground. Moreover, Turkey must take seriously into account the risks involved in the whole operation and the possibility of having to confront other regional players, like Pakistan, Russia, Iran, and China.

It is highly probable that all these regional powers would prefer to deal with a domestic actor — the Taliban — or a new government that might emerge, rather than Turkey.

On July 9 Turkish President Erdogan said that an agreement has been reached over the post-withdrawal Kabul airport security. He added:”Our Defense Minister met with the US Defense Secretary, and we had a meeting with US and NATO to discuss the future of the Hamid Karzai International Airport. We decided on what we accept in this respect and which conditions we don’t agree upon.”

The Afghan government immediately welcomed the move. The Civil Aviation Authority on Sunday said that a new defense system has been activated at Hamid Karzai International Airport.

The Taliban on 11 July,  announced its opposition to the agreement between the US and Turkey. A spokesman for the group stressed that the Taliban are against the presence of any foreign troops after the given deadline for their withdrawal from Afghanistan. “If they remain within the framework of NATO or Turkey or any other country, it will not be acceptable both for the people of Afghanistan and for the Taliban,” former Taliban commander Sayed Akbar Agha said.

Turkey has about 500 troops in Afghanistan as part of a non-combat NATO mission. Its soldiers never had any direct conflict with the Taliban, while maintaining good relations with all ethnic groups in Afghanistan. They were mainly involved in the training of Afghan security forces, while some still serve, together with Hungarian soldiers, at the Kabul airport. The hard question for Turkey is how it could assume responsibility for the security of the airport, embassies and critical facilities in Kabul without conducting military policing and patrolling, which are clearly combat tasks.

As Afghanistan is a landlocked mountainous country, the Hamid Karzai International Airport in Kabul offers a vital connection to the outside world and is generally considered to be a prerequisite for the operation of diplomatic missions in the country and for the delivery of international humanitarian aid. If the Airport does not remain open and operating, embassies in Kabul will be withdrawn and Afghanistan will become an isolated state. Last May, Australia, citing security fears, closed its embassy in the country.

Taliban’s rejection cannot be lightheartedly ignored by Ankara, as according to several reports the Taliban controls nearly half of the 400 districts in Afghanistan, while a Taliban delegation in Russia claimed that 85 percent of Afghan territory was under the group’s control.

NATO’s former senior civilian representative for Afghanistan and former Turkish Foreign Minister, Hikmet Cetin, told Al Jazeera: “While Taliban’s political wing is in favour of reconciliation, the military wing is chasing a military victory. Otherwise, nothing will have changed there in the last 19 years. Yet far more hinges on Turkey reaching an accord with the Taliban, which is steadily advancing towards the capital and has made clear it will not tolerate any foreign forces on Afghan soil after the US leaves…Afghanistan is now in the midst of a de facto civil war. Turkey needs a ceasefire and a deal with the Taliban, which is now telling it: ‘You came with NATO, and you’ll leave with NATO’. Without the Taliban’s approval, Turkey assuming this role is a mistake. It’s too risky.”

Another serious problem, Turkey may face in Afghanistan, is the lack of cooperation and open hostility prevailing among the various ethnic groups existing in the country and the dreaded possibility that it could be forced to support one or more against the others.

As Al-Monitor columnist Metin Gurcan says: “The Taliban hail predominantly from Pashtun groups that have been extremely hostile to other ethnicities in Afghanistan. Turkey might face a dilemma on whether to align with non-Pashtun and Turkic groups or the dominant Pashtun groups. This may sound like a minor issue, but it was one of the essential causes of the US failure in Afghanistan. So, Ankara needs to think twice and be aware that Afghanistan is not Syria, Libya or Nagorno-Karabakh and is not called a “graveyard of empires” without reason.”

Jul 13, 2021
Actually Turkey with support of Pakistan wants to capture Airport which us very important for landing troops in any country at a very short notice. There will be some incident and Turkey will become major player. As simple.