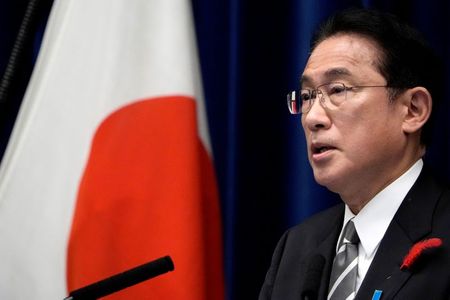 The Japanese general election held on 31 October 2021 delivered results beyond the prediction of opinion polls. The ruling Liberal Democratic Party (LDP) secured a stable majority on their own, despite its worst show since 2009.

Japan’s Nikkei 225 share index closed 2.6% higher, as investors felt that the LDP’s majority would allow Kishida’s economic stimulus plans to go through parliament. It had declined 7% when Kishida won the LDP Presidency in September!

Japanese vote for candidates in single constituencies and also cast a proportional representational vote. The ruling LDP secured 261 seats which provides it a stable majority in the 465-member house. This is an achievement of LDP President Kishida Fumio who was selected a month ago and thus became the PM. With this victory, Kishida has the public approval for his party and his new administration.

There are four main trends visible from the results.

The ruling coalition had 305 seats in the previous Diet. Now, the LDP and its ally the Komeito (with 32 seats), suffered only a small loss. This is despite the problems of Covid, lack of digital administration and public unhappiness with the Tokyo Olympics.  These problems became the burden of PM Suga Yoshihide who resigned in September. The anti-incumbency rubbed off on Suga leaving Kishida unblemished.

Secondly, the opposition 5-party alliance led by the Constitutional Democratic Party (CDP) of Japan allowed it more victories in single seats due to vote aggregation. It failed to muster adequate support in the proportional representation segment. Its campaign promises were akin to the LDPs and did not attract new support. The opposition has 162 seats compared to 143 before the election. This is due to the success of the Nippon Ishin or Japan Innovation Party, which has increased its seats from 11 to 41.

The rise of the Nippon Ishin is the third important factor.  It is not part of the five-party coalition. It is now stronger than the Komeito which has nine directly elected MPs and the rest through proportional representation. The Ishin is about halfway there to the level of the CDP’s 96 seats in the new Diet. It tapped the protest vote against the LDP but its agenda is supportive of the LDP! It is the biggest winner this time.

A point of concern is that some of the LDP leaders who contested in single member constituencies lost their seats. Some of them were Kishida supporters. This could dent Kishida’s hold on the party. Among those who lost are Amari Akira, the current Secretary General and Ishihara Nobuteru, a former Secretary General. Losing a secretary general of the party, who Kishida had handpicked a month ago, at this time is a setback. Foreign Minister Motegi will be the new SG.

With this victory Kishida led LDP to another four-years of control of the Diet. His leadership will depend on intra-party manoeuvrings. It is expected that Kishida will remain PM till the 2022 Upper House elections, which are important for the government agenda. Presently, LDP needs Komeito for an Upper House majority. A loss of majority in the House of Councillors, as it happened in 2007, led to an unravelling of the LDP majority in 2009. Therefore, LDP unity is likely to be fully behind Kishida till the Upper House elections are over.

Kishida now faces the ‘Octopus’ of issues including covid, economic recovery, relations with China and North Korea.  Kishida is expected to pursue a stimulus package of several trillion yen which will lead to new contracts for public works, digitization of governance and better public health facilities among others. However, Komeito demands a price for this support by handouts of about Y100,000 to school children. Kishida will pursue a new mode of capitalism, seeking redistributive policies and develop the middle class.

On foreign policy, no change is expected. Though Suga made his first foreign trip to ASEAN countries, Kishida immediately participated in the COP 26 in Glasgow. He met President Biden and several leaders physically for the first time. He has the advantage of having met many since he was the Foreign Minister from 2012-2017.

All Japanese PMs want a settled engagement with the USA as the kerbstone of their policy. Kishida will not be different. China will remain a threat and relations with the DPRK remain unstable.

Kishida is likely to keep continuity of policy towards the Indo-Pacific. On this, no rumbling is expected. Kishida is expected to be supportive of the Quad and the Free and Open Indo Pacific (FOIP). Once the domestic stimulus plans are put in place, availability of additional funding to pursue the core objectives like the connectivity projects, more support to pandemic relief, the development of supply chains and the like will emerge. A revised national Security Strategy will be ready in a year to support these ideas.

Kishida is from Hiroshima and is leader of the moderate Kochikai faction of the LDP. His policy preferences are based on the Peace Constitution, the US-Japan alliance, and the Self-Defence Forces. He will seek counterbalancing Chinese assertiveness and military presence in the region; he was vocal about Chinese policy in East and South China Seas, in Hong Kong and with the Uighurs in his intervention at the East Asia Summit on 28 October. He was outspoken on Taiwan too.

He favours strengthening Japan’s defence systems and increase in the defence budget. An amendment of Article 9 of the Constitution which deals with the role of the SDF for self-defence may be revised. The LDP, though not Kishida personally, is committed to it and he will pursue that end if the LDP has a firm two-thirds support in the Diet.  It also requires a referendum. The ambit of the Article 9 has been loosened by several interpretations and increasing defence budgets.

The political action will perhaps await a broader coalition and a more assertive PM.