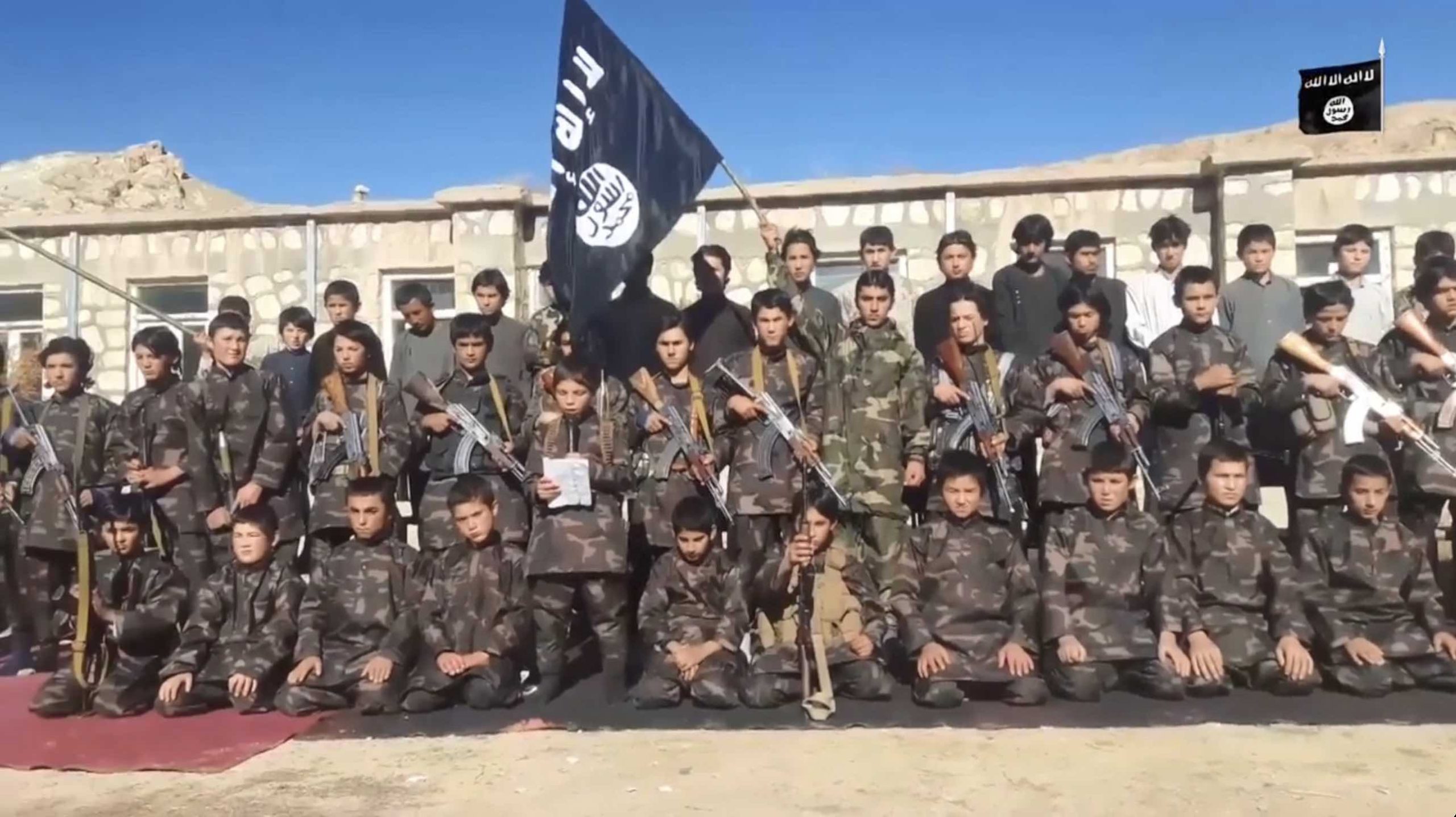 With the growing crises in Ukraine, much of the focus has drifted away from the events in South and Central Asia. The recent bombing of a Shia mosque in Pakistan’s Peshawar received little to no attention from the mainstream media, missing out on critical details such as the Daesh problem in the region is far from over. This tragic attack took place during the Friday prayers at the Kucha Risaldar Mosque claiming more than 60 lives, the Islamic State of Khorasan Province took responsibility for the bombing.

Such act of sectarian violence resulting in mass civilian casualties fits perfectly into the operational tactics of the ISKP which has claimed hundreds of lives in neighbouring Afghanistan ever since its inception in 2014. Pakistan already plagued with attacks from the Pakistani Taliban or the TTP since the fall of Kabul in August last year, maintains a fresh threat assessment of the ISKP. With more than six attacks alone in 2022, Pakistan is confronting an unprecedented reality that at the beginning was a major tool among its arsenal of external proxies.

The Saga of Pak-terror Nexus Continues

The ISKP, Islamic State’s Afghan chapter has made more headlines than its central command in Iraq or Syria in the past two years. The ISKP aims for establishing a Caliphate in the Khorasan region i.e., modern-day Iran, Afghanistan, Pakistan and India with non-stop terror campaigns. While the Islamic State’s central leadership in the Levant continues to receive blows after blows, its Khorasan wing has kept the black flag rising. This illustrates how the Islamic State in South Asia acts independently of its contemporaries in the Middle East.

The ISKP came into existence post-2014 when Pakistan Army launched Operation Zarb-e-Azb to cleanse its tribal areas from any militant activity. This led to many TTP cadres crossing the Durand Line and joining the ranks of ISKP. Interestingly, the Afghan offshoot of the Islamic state has witnessed a high number of foreign fighters from countries such as Chechnya, Uzbekistan, Russia, the Levant as well as India. The outfit’s eclectic nature with former members of Afghan Taliban, TTP, al-Qaeda, Lashkar-e-Taiba, etc joining its cadres prompted Pakistan’s intelligence to exploit its organizational structure.

The ISI, Pakistan’s premier intelligence agency saw the immense potential in the ISKP to serve its strategic self-interests across the border. Pakistan infiltrated the ranks of ISKP with its loyalists from the Haqqani Network, TTP, LeT, etc in an attempt to establish it as a pressure group to counter the Afghan Taliban’s advances in the region. Simply put, ISKP was one way for the ISI to keep a check on the Taliban in Afghanistan.

Moreover, Pakistan’s objectives are far more diverse with the promotion of the IS-Khorasan. Such as using these irregulars as a medium to target Indian interests in the region and attempting to drive out foreign fighters out of its tribal areas. The LeT-ISI-ISKP nexus is not new, experts believe that Pakistan has played a crucial role in giving ISKP its footing in the region, especially in Eastern Afghanistan. The top-brass of ISKP shuras are comprised of terrorists hailing from Pakistan.

The interesting case of Maulawi Farooqi, former Emir of ISKP who was arrested in Kandahar in April 2020, believed to be the mastermind behind Kabul Gurudwara Attack reiterates the long-lasting relationship Pakistan has with these terror outfits. As history suggests, Pakistan’s long-term investments in terror outfits have inflicted more damage to Pakistan than any other actor. That being said, the ISKP is no different.

New Realities of the Af-Pak Theatre

To Pakistan, ISKP appears to be a bigger threat than the TTP given both these groups’ principle operational tactics. With a bigger cadre and logistical wherewithal, TTP tends to target high-value assets such as security forces, armed convoys and military establishments. Meanwhile, the ISKP’s fundamental operational tactic relies on soft targets such as ethnic and religious minorities, civilians, etc. This gives ISKP the operational ease to inflict maximum damage with limited military and logistical resources, giving the organization a deadly reputation among its adversaries.

With the latest regime change in Kabul, Pakistan undeniably has an upper hand in the geopolitics of Afghanistan. However, a likewise sense does not prevail in the tribal areas of Pakistan that are witnessing a new terror uprising.

The Taliban’s military offensive in Afghanistan and its victory has given psychological and ideological ammunition to terror outfits in the region. The events of August 2021 have led to unlikely scenarios with terror cells regrouping and re-organizing their operational tactics. The TTP has already intensified its military campaign against Pakistan prompting a possible sense of dialogue within Pakistan’s high command.

With the Taliban takeover of the Afghan capital, the resurgence of TTP should not have come as a surprise to Pakistan. Given its incapability to manage these threats, it appears that Pakistan is locked in a bigger turmoil of regional complexities of managing Kabul and handling the spill over effects in its backyard simultaneously.

While there are many blurred lines between the Taliban’s opposition to the ISKP and Haqqani Network’s proximity with the same, currently Taliban identifies ISKP as its biggest enemy and vice versa. The Taliban, ever since its comeback has claimed of taking crucial steps in curbing the Islamic State problem in its territories. As a result, ISKP cadres seem to have fled persecution by the Afghan Taliban across the borders, enjoying immunity to operate from Pakistan. Exploiting the ungoverned spaces alongside the border with Afghanistan, the ISKP has recalibrated its strategy and turned its tides against Pakistan.

Immediate need of a robust CT-strategy

An already frustrated Pakistan with its incapacity to control the TTP has now been confronted with another faction of terrorists emerging from the other side of the border. Underprepared to brace the impact of these developments, Pakistan’s security forces appear to lack a coherent counter-terrorism strategy to eliminate these threats. Pakistan has miscalculated the risks in its territory while playing the cards well in Kabul. Islamabad must realise that the duplicity reflected in its policy while dealing with terrorism abroad and domestically has raised the stakes as high as an existential crisis for civilians in the tribal region, particularly the minorities.

On a strategic level, Pakistan has mismanaged the ISKP which is now slipping away from its control. Policymakers in Rawalpindi mistook the ISKP for the likes of LeT and JeM which forever remained GHQ loyalists, this critical miscalculation is going to cost a lot to Pakistan in the long run. For now, Pakistan needs to focus more on the ungoverned spaces in the northwest that have become prominent grounds for Daesh fighters to launch an offensive.

Considering the withdrawal of the Americans from Afghanistan, the vacuum is too large to fill and Pakistan may be confronted with making uncomfortable choices to protect itself. Choices such as seeking cooperation with the Taliban in dealing with the ISKP and other terrorist networks in the region. Unfortunately for Pakistan, the Daesh chapter is far from over. 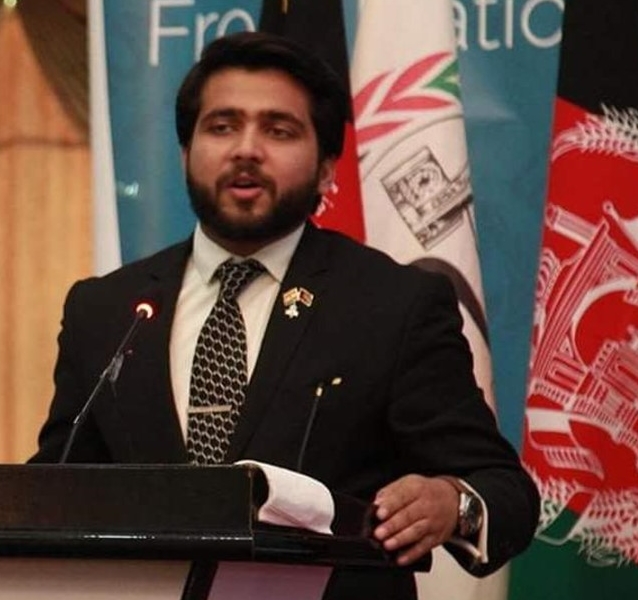 Siddhant Kishore is a commentator on national security and foreign policy.  He writes frequently on subjects related to Strategic Affairs specializing in South and Central Asia. He has worked as a researcher and representative in Afghanistan and Myanmar. Siddhant also worked in deradicalization and countering violent extremism camps in the Kashmir Valley. He is the Consulting Editor-Strategic Affairs for The Honest Critique and the host of a YouTube Series called the SIT.

Mar 21, 2022
It should be clear to us that: (a) we have problems of our own, we cannot manage the terrorism and the fifth column active within our own borders that aims to destroy the country from within, and (b) no one cares if people within a religion in places outside of our consciousness are killing each other. There are organizations dedicated to managing this (OIC), and there is a hegemon who believes they are the center of all things Islamic (Pakistan). Let us leave this mess to them. Also, I urge all people in India all hot and bothered by the Shia-and-Sunni warfare in Central Asia and Pakistan to stop lecturing us, and head to the troubled spots to take care of their business. Don't tell us, don't call us, and don't come back. Thank you.

Mar 21, 2022
i think india will be the part of future tentions in the world even india likes it or not.

Mar 18, 2022
An in-depth analysis. Appreciated. Central Asia will continue to remain in headlines, no matter the pace of other wordly activities!