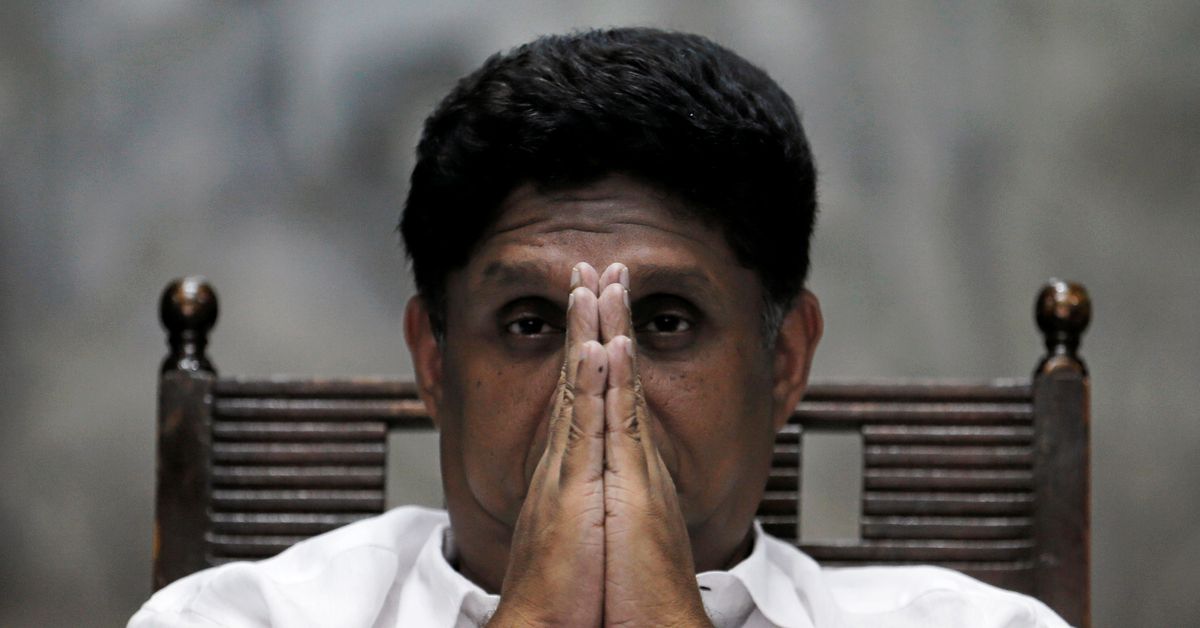 Colombo, Jul 19 (PTI) Irrespective of who becomes Sri Lanka’s next president, Prime Minister Narendra Modi, all political parties and the people of India should keep helping the island nation come out of its worst economic crisis, Leader of the Opposition Sajith Premadasa said on Tuesday. Premadasa’s appeal came hours after the government told an all-party meeting in New Delhi that India is naturally worried over the Sri Lankan crisis and ahead of the presidential election in Sri Lanka on Wednesday to pick a successor to ousted president Gotabaya Rajapaksa.

“The ball is in the court of Sri Lanka and the International Monetary Fund (IMF), and they are holding discussions. They need an agreement, then we (India) will see what supportive role we can play,” External Affairs Minister S Jaishankar said after the meeting attended by the representatives of 28 political parties, including those from the Congress, the Left parties and the DMK.

“Irrespective of who becomes the President of Sri Lanka tomorrow it is my humble and earnest request to Hon. PM Shri@narendramodi, to all the political parties of India and to the people of India to keep helping mother Lanka and it’s people to come out of this disaster,” Premadasa, also the Leader of Samagi Jana Balawegaya party, tweeted.

For the first time in 44 years, Sri Lanka’s Parliament will directly elect a President on Wednesday. Acting President Ranil Wickremesinghe will face Dullas Alahapperuma and Anura Kumara Dissanayake in the election.

Premadasa, 55, withdrew from the race for presidency on Tuesday. He is tipped to become Sri Lanka’s next prime minister if Dullas Alahapperuma is elected as the next Sri Lankan president.

The new president will succeed disgraced president Rajapaksa who fled the country last week amid huge anti-government protests triggered by its economic collapse.

Jaishankar said that the support that India has extended to Sri Lanka since January amounts to USD 3.8 billion.

The worst economic crisis since Sri Lanka gained independence in 1948 also sparked a political crisis in the country after a popular uprising against the government of Rajapaksa.

The island nation needs about USD 5 billion in the next six months to cover basic necessities for its 22 million people, who have been struggling with long queues, worsening shortages and power cuts.

with last minute political maneuvering indicating an edge for Dullas Alahapperuma over Acting President Ranil Wickremesinghe after he received crucial backing from the Opposition parties as well as a majority of lawmakers from his parent party.