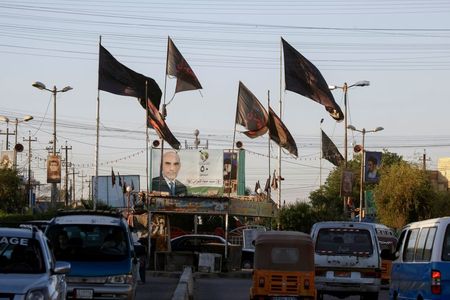 By John Davison and Ahmed Rasheed

NASSIRIYA, Iraq (Reuters) – Elections in Iraq next month are being held early in response to mass protests against the government in 2019, but there is scant evidence the vote will improve matters in a country where powerful armed groups still hold sway.

Iraqis crave drastic change after years of conflict and corruption following the overthrow of Saddam Hussein in 2003. A brutal war to fight off Islamic State that ended in 2017 was followed two years later by protests against the ruling elite in which hundreds died. And as the United States seeks to disengage, Iran retains deep influence in one of the region’s main oil-producing nations. Iraq’s tortured politics are graphically illustrated in a town square in the south, where weathered portraits displayed on large hoardings honour those killed fighting for causes they hoped would help their country.

The images of thousands of militiamen whose paramilitary factions battled Islamic State hang beside those of hundreds of young men killed two years later protesting against the same paramilitaries. Defeating Islamic State united Iraqis, who voted victorious militia commanders into parliament at the last election in 2018. Iraq’s next vote on Oct. 10, by contrast, is set to lay bare growing rifts that have since emerged, none more than among the Shi’ite majority that was catapulted to power by the U.S. invasion of 2003.

Shi’ite militia groups backed by Iran are facing off at the polls against other Shi’ite armed groups that oppose Iran’s influence. The activists who took to the streets in protest in 2019 are split among themselves, some boycotting the election and others taking part. Reuters interviews ahead of the election with a cross-section of Shi’ites in southern Iraq, as well as Sunnis in the north, paint a picture of a country whose politicians, armed groups and communities are more fractured than ever. “Even within my family we don’t agree,” said Mohammed Yasser, a rights activist from the city of Nassiriya, where security forces gunned down scores of demonstrators in 2019.

“I refuse to vote, others want to vote for reformist parties, and one of my sons is for the Sadrist Movement”, he said, referring to Shi’ite cleric Muqtada al-Sadr – a populist leader who promises reform but is deeply embedded in the state and has a militia of his own.

Some politicians say Iraq is moving forward. The election is being held six months early under a new law meant to help independent candidates, with 167 parties running, according to Iraq’s election commission. Violent sectarianism is less of a feature and security is better than it has been for years. Ordinary Iraqis, foreign diplomats and analysts say the reality is a contest dominated by heavily armed groups which control state bodies and resources and are willing to resort to force to retain power.

They say popular resentment over corruption and lack of public services could play into the hands of groups like Islamic State or push more Iraqis to migrate to the West. The vote’s aftermath will set the tone for the coming years: whether armed groups turn their guns on each other or peacefully divide the spoils.

“The elections are really important for intra-elite competition and the way the elite, without murdering too many of their own footsoldiers, shakes out power imbalances,” said Professor Toby Dodge of the London School of Economics. Dodge said the fracturing of Shi’ite parties suits Iran as long as the divisions do not threaten Shi’ite power, which has brought Tehran influence in Iraq since 2003.

Nassiriya, a flashpoint of anti-government protests, is a microcosm of Iraq’s fracturing political landscape. Parties hold rallies in halls out of public view and have not erected campaign posters because protesters tear them down. Activists running as candidates keep a low profile, scared of militia groups which officials say are behind a campaign of murder and intimidation – something the militias deny.

Candidate Dawood al-Hafathi said splits in the protest movement had earned him threats from fellow demonstrators who want to boycott the vote. “One young protester told me if I win a seat but don’t enact immediate reforms, he’ll burn tyres outside my home,” Hifathi said.

The main contest is between Iran-aligned parties with their militias and Sadr, who opposes all foreign interference. Sadrist officials and Iran-aligned candidates in Nassiriya downplayed their differences, saying they were mostly staying out of each other’s way ahead of the  election. But one Sadrist official in Baghdad, who requested anonymity, said he feared violence if his party swept the vote. “The Iran-backed side wouldn’t allow it. There would be fighting,” he said.

Fractures have also hit Iraq’s northern Sunni provinces and in its autonomous Kurdistan region. Protests in Kurdistan were violently crushed last year, alienating many people. Sunni families suspected of sympathising with Islamic State still fear reprisals. Ibrahim al-Hishmawi, a Sunni living in Kurdistan, said if he wanted to vote, he would have to return to his hometown of Balad, just north of Baghdad.

“I fled with my family fearing revenge by a Shi’ite tribe in our area,” he said. “I’m too scared to go back. What’s the point of risking my life to vote in an election that changes nothing? 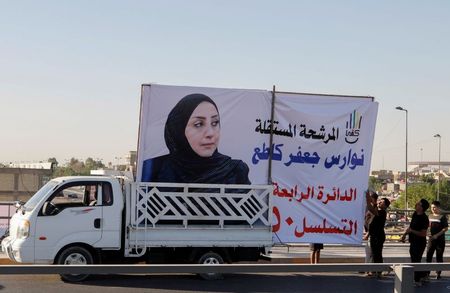 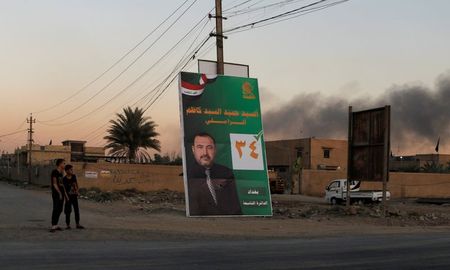 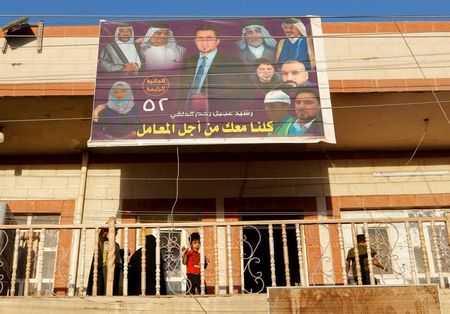