Institutional Collapse in the West? 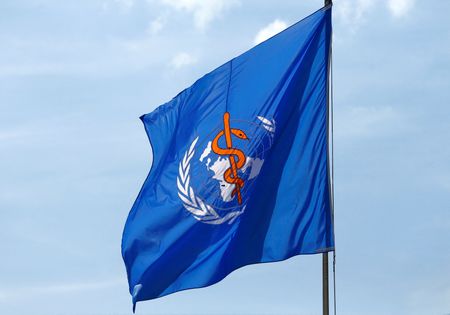 Amartya Sen claimed on 30th June that India is facing a “collapse of nation” crisis. Ironically, it is the very institutions that Sen depends upon for credibility that are facing a crisis. For instance, he is always referred to as a “Nobel-prize winning economist”. Strictly speaking, that is not true: he merely won the ‘Sverige Riksbank Prize in Economic Sciences in Memory of Alfred Nobel’, that is, just a prize from the Swedish central bank.

Alfred Nobel (an arms maker) decreed no prize for economics, the “dismal science” famous for predicting “nine of the last five recessions”. Besides, even the ‘real’ Nobel prizes have been mired in controversy: for instance, the Peace Prize regularly goes to some political favorite (eg. Henry Kissinger who bombed Cambodia into the Stone Age, and most laughably, Barack Obama who promptly started several wars) purely based on ideological preferences.

Why on earth are the Scandinavians trusted to produce, with impeccable neutrality and good taste, winners of these Nobel prizes? The entire world has been gaslighted into believing that Scandinavians are somehow noble, fair, environmentally conscious and unbiased. None of this may be true, as demonstrated recently with Sweden and Finland throwing Kurds under the bus (after championing them) to get NATO entry. Turkey is demanding extradition of 73 Kurds.

It is yet another example of the power of “truth by repeated assertion”. There was a time when Scandinavians had an image of being gloomy, Strindbergian, Ibsenian or Bergmanesque types, playing chess with Death. All of a sudden, they are the saviours of the world, with Swede Greta Thunberg haranguing us all about climate change. But with the Ukraine war, this has equally suddenly been de-emphasized, as it’s a bit inconvenient. Coal is king again.

Besides, Norway, with its impressive green credentials – it powers itself mostly using hydro and geothermal energy – has a trillion-dollar sovereign wealth fund from its exports of petroleum. That’s right: they’re selling dirty, climate-changing stuff to other people, who merrily emit greenhouse gasses. Hypocrisy?

There was the brief social media fuss over #Swedengate: it appeared that Swedes are amazingly mean. Apparently if a child visits a friend’s house, at dinner-time, the family will eat, but the visiting child will not be offered food. To most of us, that is not aaditheya maryada.

There is also reason to wonder if Scandinavians act as US Deep-state proxies, interfering in various conflicts as do-gooder busybodies, as in the LTTE issue in Sri Lanka, and innumerable smaller issues in India.

All this to point out that it is hard to take at face value narratives that have been pushed by vested interests. Today, with social media and machine translation, it is easy to hoodwink entire populations all over the world: earlier, they had to do it the old-fashioned way with newspapers in local languages.

But the fact is that major global institutions have lost credibility.

A case in point is the World Health Organization. Once respected, its role in the Wuhan virus affair suggests it has been reduced to a handmaiden of Chinese interests. Similarly, it is arguable (in analogy with what Joel Kotkin calls the neo-feudalism of Big Tech) that the post-WW2 ‘liberal rules-based international order’ has been a neo-feudal mechanism for the victors of that war to lord it over the rest of the world, and that is now being challenged.

From the United Nations Security Council (on what basis are France and Britain in, and India, Japan and Germany out?) to the World Bank (why must an American always head it?) to the IMF (why must a Western European always be its boss?) there are such ‘rules’ that make no sense as white countries continue to shrink as a proportion of world GDP.

There is no reason to allow ‘high-caste’ ‘First World’ countries to continue to dominate ‘low-caste’ ‘Third World’ countries ad infinitum. The West is trying to hold on to privilege as long as it can, but it’s now a case of ‘The Emperor’s New Clothes’.

Similarly, the US has long been considered the benchmark for institutional strength: their Supreme Court, the Federal Reserve and the National Institute of Health have all been looked up to as exemplars. But all of them are under siege these days.

The US Supreme Court recently ruled on three issues: gender/abortion (Roe v Wade being overturned), gun rights (reducing states’ rights), climate change (curtailing government regulators’ power over emissions). All of them are hot buttons for the US Left, and so they are now abusing the court in terms that would invite ‘contempt of court’ arrest in India.

Little do they realize that they are hurting the long-term credibility of this important institution in the pursuit of short-term political agendas.

Similarly, the US Federal Reserve has been the gold-standard among central banks, keeping a benign eye over the economy. But it performed badly in the 2008 global collapse, and Alan Greenspan, who had been considered practically a demi-god, was suddenly a dud. Similarly, now with inflation hitting 40-year-highs, the excessive dollar-printing that it did is beginning to look unwise.

Of course, the Ukraine war, and sanctions on Russia are also a significant part of the reason behind inflation, and the Biden administration may well be held responsible as well. But the Fed is in the cross-hairs.

The entire Western medical establishment did not cover itself with glory in the Wuhan virus episode. The National Institutes of Health, the Food and Drug Administration and in particular Anthony Fauci, all looked like they were either blatantly favoring Big Pharma, or covertly supporting illegal biowarfare experiments in Wuhan, or both. Medical journals The Lancet and The New England Journal of Medicine published shoddy papers based on obviously fake data.

I could go on. Suffice to say that instead of “nation collapse” in India, it looks more like degringolade, a sudden collapse of institutions in the West. As a friend of the US, I am concerned. 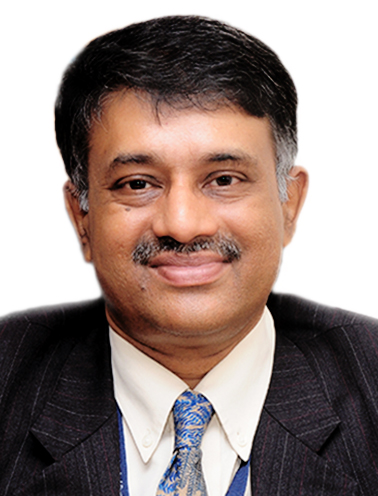 Jul 21, 2022
I am not seeing what you are seeing. I see that American institutions devoted to justice, health, environment, education are under attack, I can see all of them in a challenging situation. But my inference is not one related to collapse. For the two reasons. First, American socioculture allows for open discourse about the problems; no one shies away from saying exactly what they want to say. There is a full mix of rational and hysterical, factual and imaginary notions brought to bear. No one is censored. Here is the important point: while this may happen in every other country, there are no consequences to an American for speaking his/her mind. So there is plenty of noise, and all of it good. What emerges has legitimacy - even if it is temporary. No one got locked up for calling it the way they saw it. They do in other countries. Second, Americans favor empiricism, soul searching, and more importantly, rapid direction of resources to talent, equipment, processes, systems needed to solve problems. This is unique, this is largely absent in the third world (which may have talent, but very little in terms of processes, training, systems, leadership, etc.). Not that all countries are deficient in this regard, but not everyone responds well to crisis. Take the case of the Hurricane Katrina that devastated New Orleans. The response from the health and emergency apparatus was less than acceptable. What emerged was soul searching followed by scientific investigation, careful analysis, resources devotion, measurement, training . . . steps that are not largely taken in most other countries. Today, the emergency response is amazing; those that can be evacuated are, those that cannot be evacuated are helped in ways that boggles the mind. No, not every country can do this. The system did not work, and it was fixed. Please do not take the view that challenges leave American institutions weakened. They do not. They make them stronger. So here is my question to you. On 26/11, a bunch of rag tag kids came in on boats in Colaba and held Mumbai hostage. Since then, has anything changed? If Pakistan were to send a regiment of crack paratroopers into Mumbai tomorrow (fully equipped, trained, and ready to die) - is the city equipped to respond? We've had a warning, right? Note: making a ballywood movie at a later date is not an effective response. Now where is this collapse you speak of occurring?