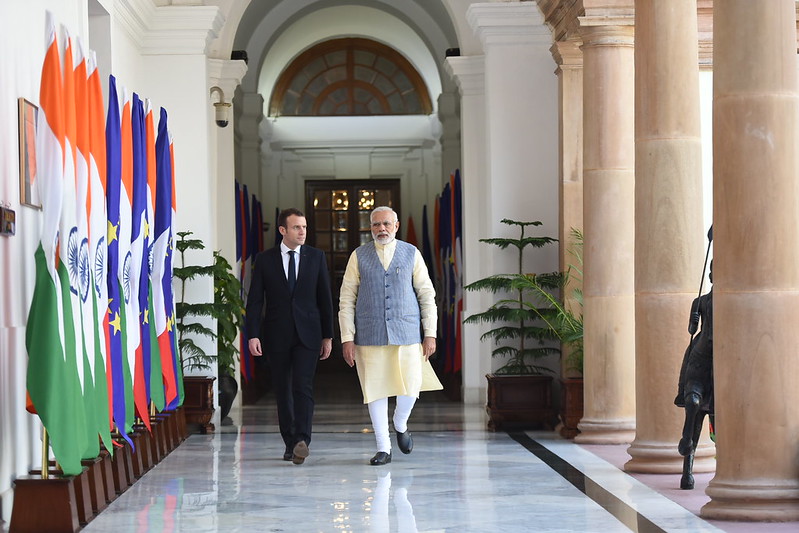 Today, July 14, 2021, we are celebrating the French National Day from the French Embassy in India with three words: commitment, resilience and solidarity, which are principles that guide and give impetus to our bilateral relationship with India. Three words which, more precisely still, characterize the Indo-French strategic partnership.

Commitment, first of all because this partnership is for the long term. Dating back to the morrow of India’s Independence and focused on matters of sovereignty such as aviation and space, this strategic partnership was formalized, with an annual dialogue at the highest level, in 1998. This remarkable duration means that we have lived through various turmoil on the global landscape together, and that we have, in fact, always been by India’s side. We know that we can count on each other in the most difficult moments (France unfailingly supported India during the 1998 nuclear tests, as well as the Kargil War); or painful moments (in the face of terrorism: our cooperation in this field accelerated in the aftermath of the 2008 Mumbai attacks; we also spearheaded the proposal to obtain the listing of Masood Azhar by the UN’s 1267 Sanctions Committee after the Pulwama attack in 2019). This durability means a great deal as it gives confidence and depth to our cooperation.

This commitment at the highest level is what guides our choices of cooperation, of cooperating in the most sensitive areas and by providing the best of French technology. We have been committed over several decades throughout the implementation of decisive contracts, such as the P75 submarines currently being built by Mazagon Dock Shipbuilders Limited with transfer of technology and the help of Naval Group. With Rafale, we offer combat-proof equipment that the French armed forces themselves use.

Resilience, then, because this partnership is a strength that will allow us together to withstand the greatest challenges. We have the ambition to provide common responses to these challenges: cyberspace, space but also climate change action, biodiversity preservation, which may, at first glance, appear less of a security issue but actually has a decisive impact on human security and peaceful relations between countries. In all of these areas, there are important regulatory issues, and we are counting on India to actively contribute with us to the building of necessary, useful standards and norms and to lead by example in terms of behaviours.

From this point of view, we have always supported a permanent seat for India and the G4 at the Security Council. Furthermore we are now acting concertedly in New York – as our presidency of the UNSC this month precedes that of India – on terrorism financing, on maritime security, on protecting humanitarian space, etc.

This resilience appeared even more crucial in light of the Covid-19 crisis, which has tested our ability to protect our peoples and questioned our conception of national security, while clarifying and multiplying the threats, classic and new. This has been a “wake-up call” to which we must provide the right answer. The issues of autonomy in decision-making and the resilience of value chains are essential. On all these issues, the approach lies in international cooperation, multilateralism, and complementarity of capacities. On this, we are at one with India, with which we share the commitment to the principle of strategic autonomy. Not only do we understand India’s emphasis today on Atmanirbhar Bharat, as it is the same momentum that guided France in the aftermath of the Second World War, the development of capabilities in a number of strategic areas, such as civil nuclear energy, space, but also we were also ahead of it, with long-standing contributions to Make-in-India projects (to mention but just Cheetah and Chetak light helicopters, Milan antitank missiles, Scorpene submarines, helicopter engines).

Today, France invests in India: around 60 French defence and aerospace companies already have physical offices or industrial facilities in India, and the figure is increasing every month; all these companies – majors and an increasing number of MSMEs – will continue to invest in the country as they believe in its potential. Today, “Make in India” is the backbone of the numerous projects under discussion between our two countries involving technology transfers in the most advanced and sensitive fields.

Solidarity, finally, because a partnership only exists if it works in both directions and the benefit is mutual. This is the case here because India and France have common strategic interests, now more than ever: multipolarity, respect for the rule of law and international law, defence of the freedom of navigation, sustainable economic development in the Indo-Pacific. But also and foremost because we learn from each other: our soldiers always return greatly satisfied with the increasingly complex annual exercises with their Indian counterparts: Garuda in the air, Shakti on the ground and Varuna in the naval domain, with the recent integration of the Indian Navy’s guided missile frigate INS Tarkash in the Charles de Gaulle carrier strike group being an example of the high confidence our two countries have in each other.

We act more and more jointly: with liaison officers who share information on maritime situation awareness at IFC-IOR or in Abu Dhabi as part of the EMASoH operation; with joint maritime patrol that we conducted for the first time in early 2020 off Reunion Island and that we are determined to renew as much as possible; in another area, through the joint construction of satellites for climate observation or maritime surveillance. We do it together, including in a spirit of burden sharing in the face of common challenges.

This method was illustrated through the crisis in which solidarity was reciprocal. India maintained its exports of medicines when we needed it the most last year. We in turn came to India’s aid during the second wave here, providing equipment that will boost Indian hospitals’ oxygen production autonomy for over a decade: 27 high capacity oxygen generators, the last batch of which arrived just two weeks ago. We also put in place an oxygen bridge by combining our different operational resources: French company Air Liquide’s containers, Indian Navy frigates and the IAF’s C17 for transport, to bring oxygen to hospitals in Maharashtra (180T in a month and a half).

All this means that the past year and a half has only brought us even closer, through this solidarity in action and by opening new prospects of cooperation. This strategic partnership has already been flourishing and holds the promise of even better days! 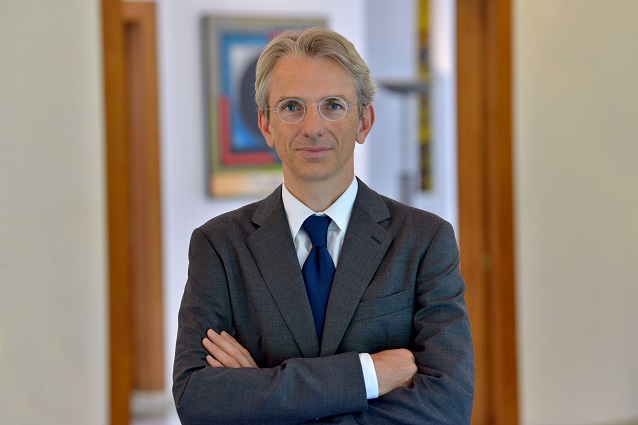 His Excellency Emmanuel LENAIN, is the Ambassador of France to India.

Jul 14, 2021
Very interesting, I think France a better ally in the European region than UK.

Jul 14, 2021
Its a very informative channel thanks to Mr Major Gaurav Arya sir