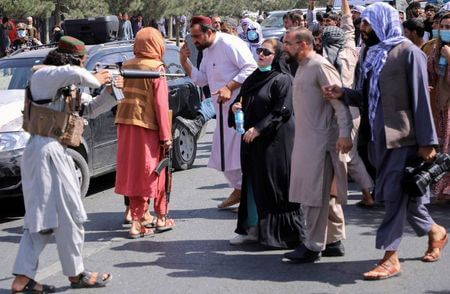 On 26 September 2001, a small U.S. Central Intelligence Agency operatives team arrived in the Panjshir Valley in Afghanistan. As described in Gary Schroen’s book First In, this vanguard set the stage for America’s war in Afghanistan. The forces of the Northern Alliance mainly led the battle on the ground while the U.S. Air Force provided the air support.

On 7 October 2001, the U.S. officially declared war on the Taliban. In a mix of medieval and modern warfighting, B-1 and B-52 bombers, along with carrier-based F/A-18 fighter-bombers, struck Taliban positions, which Northern Alliance soldiers then charged on horseback. On 12 November 2001, the Taliban slipped out of Kabul under cover of darkness, triggering a collapse of forces in northern Afghanistan.

Twenty years later, the scenes were reversed. Starting 6 August 2021, the Afghan National security forces abandoned one provincial capital after another without a fight. Then, as the Taliban entered Kabul on 15 August 2021, helicopters raced from the U.S. Embassy to the airport, where flights waited to evacuate diplomats and soldiers out of the country. The final blow was a suicide bombing that killed thirteen U.S. soldiers, the largest single-day toll since 2011, and more than the total number of U.S. military deaths in Afghanistan in 2020.

The Indian Embassy has been completely evacuated, leaving no official presence in Afghanistan. Today, among all the regional countries, India seems to be left with the least possible ability to influence events in Afghanistan or the larger fallout in the region. This has prompted calls by some strategic experts and ex-diplomats for an immediate engagement with the Taliban regime before we completely cede our strategic space in Afghanistan to Pakistan and China. Others suggest a more cautious approach that takes a long-term view of how India can leverage the gains of its 20-year positive engagement with Afghanistan.

Before deciding on an Indian strategy for Afghanistan, it is necessary to do a clear-eyed assessment of the situation and our objectives for any engagement with the Taliban. We should also understand our geostrategic limitations and not rely on the hope that Taliban 2.0 will be sensitive to Indian concerns.

The composition of the new Taliban government sends out two clear messages. The first is that the hardline elements in the Taliban will hold sway over the ideological positioning of the organization. Despite global calls for an ‘inclusive’ government, the all-male cabinet has at least 14 members on the U.N. Security Council’s terrorism blacklist. Sayed Hashimi, a Taliban spokesperson, said, “A woman can’t be a minister; it is like you put something on her neck which she can’t carry. It is not necessary for a woman to be in the cabinet, they should give birth.”

The second message is that the Pakistan deep state will retain considerable influence over the Taliban leadership. In September 2011, after a 20-hour assault on the U.S. Embassy in Kabul by the Haqqani network, then Chairman of the Joint Chiefs of Staff, Admiral Mike Mullen, testified before Congress that the Haqqani network acts as a veritable arm of Pakistan’s Inter-Services Intelligence (ISI). The leader of this arm, Sirajuddin Haqqani, a terrorist on the FBI’s most-wanted list, is now the interior minister of Afghanistan. Pakistan’s influence over the Taliban was evident when the ISI chief arrived in Kabul two days prior to the announcement of the cabinet to ensure that Sirajuddin gets a vital post.

Another reality is that the Taliban has not broken its links with transnational terrorist groups. A May 2021 report of the Analytical Support and Sanctions Monitoring Team, which was submitted to the U.N. Security Council, states, “Al-Qaida in the Indian Subcontinent operates under the Taliban umbrella…The group is reported to be such an “organic” or essential part of the insurgency that it would be difficult, if not impossible, to separate it from its Taliban allies.”

According to the 2020 report of the Monitoring Team, “Jaish-i-Mohammed [JeM] and Lashkar-e-Tayyiba [LeT] facilitate the trafficking of terrorist fighters into Afghanistan, who act as advisers, trainers and specialists in improvised explosive devices. Both groups are responsible for carrying out targeted assassinations against government officials and others.”

Both an emboldened Pakistan and victorious terrorist groups pose a potential security challenge to India. Countering this challenge should be the primary objective of India.

It must be clearly conveyed to the Taliban that any support to groups focused on carrying out terror activities in India is entirely unacceptable. The safety of Indian citizens is the government’s prime responsibility, and anything that threatens this safety is unacceptable. Any future engagement with the Taliban must be contingent on not crossing this redline.

Pakistan has been pushing the narrative that if the world does not engage with the Taliban, it could lead to a humanitarian crisis and anarchy, leading to a resurgence of international terrorist organisations. This is similar to the argument that Islamabad uses to convince the West that Pakistan must be supported, despite its alliance with terror outfits, because the failure of the state will result in anarchy and the possible takeover of nuclear weapons by terrorists.

The danger of a humanitarian crisis in Afghanistan must be averted, but this should be a global and regional effort in which India has an equal say. Anything beyond this must be contingent on positive actions by the Taliban. The resurgence of terrorism in Afghanistan will not be due to a lack of international engagement but due to the Taliban’s policies of suppressing women, minorities, and an inability to crack down on international terrorists.

Internally, India must show greater urgency to finding a long-term solution to the festering problem in Jammu and Kashmir. Currently, there is little evidence of a coherent strategy that deals with the aspirations of the local population. The Taliban victory has provided a psychological boost to the terrorist groups, and LeT and JeM will intensify their efforts to infiltrate into Kashmir. While holding firm at the border, a greater outreach towards the people to address alienation is essential.

The emerging situation in Afghanistan has increased the security challenges for India. For now, this must be our main concern and should be clearly conveyed to the Taliban. Any further engagement should be contingent on the Taliban honouring their commitment of not permitting Afghan territory to be used by terrorist groups against India. The situation should also give an impetus to craft a strategy for Jammu and Kashmir that gives primacy to the needs and aspirations of the people. 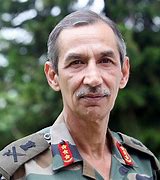 Sep 16, 2021
[…] is needed now is for India to reopen its embassy in Kabul having evacuated its staff there when the last of the American troops have left the […]

Sep 15, 2021
India should have known that they were fighting a losing battle in Afghanistan ,because Pakistan always had a upper hand,because Afghanistan being a Muslim country.