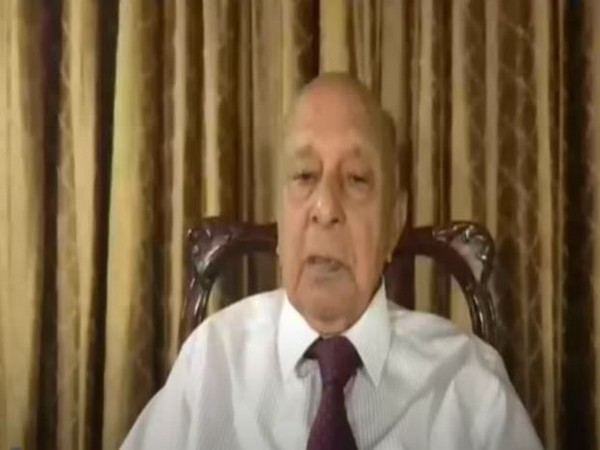 New Delhi [India], June 17 (ANI): India has made rapid progress over the decades and is today a major missile power, a nuclear power and has indigenous fighter planes, veteran journalist Prem Prakash has said and noted that the Army gave a “befitting reply” to China over its aggressive moves in Ladakh last year.

In an interview with MATV National, a UK-based TV channel, the veteran journalist said that country fought the second wave of coroanavirus pandemic and “is ready” if a third wave comes.

The veteran journalist, who is ANI Chairman, was asked queries relating to his book ‘Reporting India: My Seventy-Year Journey as a Journalist’, which was released last year, and about his wide experience during which he witnessed some epochal events and happenings in the country’s post-independence history.

Answering a query, the veteran journalist said the foreign media often does not see India in the way the country has been making progress and noted that criticism was mounted when the second wave of COVID-19 pandemic hit the country earlier this year.

He said medical facilities anywhere would be overwhelmed by such sudden rush of cases, many of whom needed medical oxygen, and the country has brought the situation under control.

He said India has made rapid strides under the present government as also previous governments.

“India has become nuclear power. We are a major missile power. India has a strong government which wants the country to make speedy progress,” he said.

India is still importing fighter planes, it has its own Light Combat Aircraft ‘Tejas’ which is being offered for exports, he said.

“We are getting self-reliant. We are offering Tejas to other countries.”

The veteran journalist recalled that he was covering the 1962 war with China in North-East Frontier Area (NEFA) and was “pained at what happened”.

He said that India was not prepared for “sudden attack” by China in 1962 but struck back during the Nathu La clash in 1967 when the neighbouring country feared that “we will enter Tibet”.

“They tried this time in Ladakh and the Army gave a befitting reply. China tried to move forward in Galwan. We pushed them back. This was not the first time,” he said.

He also said that country’s first Prime Minister made strenuous efforts to strengthen the Army after 1962 war.

Answering a query, the author said he was he was born in 1931, the year Bhagat Singh and his associates were martyred, which led to Congress changing its policies.

“Until then Congress was demanding Dominion status for India. But Bhagat Singh had strongly demanded complete independence instead of Dominion status. In 1930, Nehru had sensed that people were moving away from supporting Congress. He had sympathies with Bhagat Singh and revolutionaries like him. On January 26, Nehru hoisted the flag at Ravi river bank and pleged to get Poorna Swaraj for the country.”

Prem Prakash is a pioneer in Indian journalism and in his long career has covered some of the most important stories of post-Independence India including the 1962 war with China, 1965 and 1971 wars against Pakistan, the assassination of Indira Gandhi and Lal Bahadur Shastri’s fateful Tashkent journey. (ANI)