Incentives of Rs.120 crore to be given in next 3 years under PLI scheme for drones and drone components: Civil Aviation Minister Shri Jyotiraditya M. Scindia 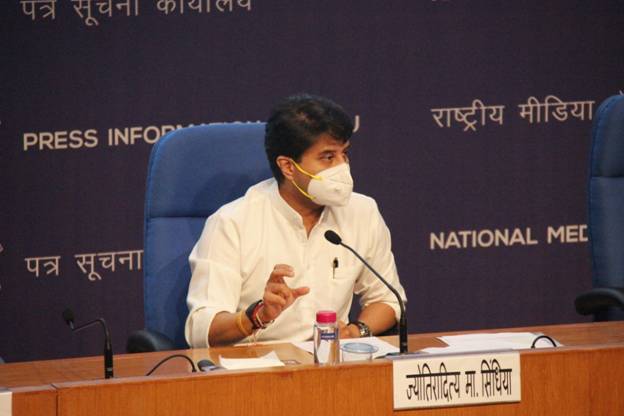 Shri Jyotiraditya M. Scindia, Union Minister of Civil Aviation, apprised the media about the important features of the PLI Scheme in a press conference here today. He said that under the PLI scheme, incentives of Rs. 120 crore will be given in the next 3 years. This amount is 1.5 times the combined size of the manufacturing drone sector. Over a period of three years, estimated investment worth ₹5,000 Crore for manufacturing sector drones will be done which in turn will bring a turnover of Rs 900 crore, and 10,000 job opportunities will be created. He further added that our objective is to establish India as a global drone hub by 2030 and Ministry of Civil Aviation is committed to facilitate industry, service delivery and consumers in achieving the aforesaid target.

Drones offer tremendous benefits to almost all sectors of the economy.  These include– agriculture, mining, infrastructure, surveillance, emergency response, transportation, geo-spatial mapping, defence, and law enforcement to name a few.  Drones can be significant creators of employment and economic growth due to their reach, versatility, and ease of use, especially in India’s remote and inaccessible areas.

Given its traditional strengths in innovation, information technology, frugal engineering and its huge domestic demand, India has the potential of becoming a global drone hub by 2030.

The PLI scheme comes as a follow-through of the liberalisedDrone Rules, 2021 released by the Central Government on 25 August 2021.  The PLI scheme and new drone rules are intended to catalyse super-normal growth in the upcoming drone sector.