Impact of Glasgow Likely to be ‘Net Zero’ 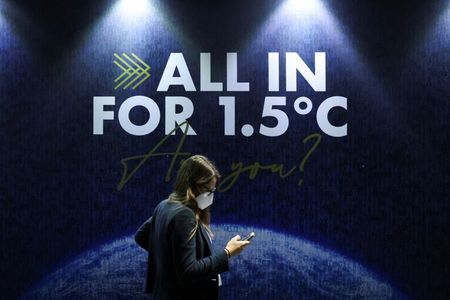 Net Zero carbon is the new mantra of the climate action plan, which emerged in Glasgow. This means that the impact of greenhouse gas emissions in future should be neutralised by suitable measures, which include widening of sinks and technological sequestration of carbon from the atmosphere. But since the pledges made for reaching net zero are conditional, the total impact of Glasgow may also end up as ‘net zero’. The old issues of funding and technology remain to be tackled on the road to progress towards the promised years in the middle of the twenty-first century.

The global climate action plan moved from 1.0 (Rio) to 2.0 (Paris) to 3.0 in Glasgow. The world has changed beyond recognition, the actors are new and urgency for action is evident. The benchmark of keeping global warming to 1.5 degrees Celsius above pre-industrial levels has emerged as the survival threshold of the world. But we have not moved an inch away from catastrophe, even with the raining of uncoordinated pledges of various kinds from developed and developing countries. The best expectation of the International Energy Agency is that warming could be limited to 1.8 degrees Celsius above pre-industrial levels by 2100, if all COP 26 commitments made are fulfilled on time. The big ‘if’ remains and anything above 1.5 degrees will not save the planet. Its fate will be the same, however marginal the increase in temperature may be above the desirable level.

After the much celebrated Rio consensus of 1992, the sliding began soon after in New York and I literally witnessed the losing battle of the developing countries for climate justice. It came slowly, but came out openly in COP 1 (1995) in Berlin, where I was a Vice Chairman of the COP and the spokesperson of G 77, truncated by the dissent of oil exporting countries, which did not want any cut in consumption of fossil fuels and small island states, which wanted priority for adaptation. At the end of the Berlin meeting, we barely managed to maintain the right of developing countries to develop on the basis of common but differentiated responsibilities.

A young and inexperienced German Environment Minister named Angela Merkel was absolutely keen that her debut as President should not fail to reach a compromise and worked individually with the key delegations to find the bottom line of each. My bottom line on behalf of G-77 was “no mandatory cuts of emissions for the developing countries” and she ensured it and found a formula for the historic Berlin Mandate, which won her the first feather in her international cap and rest is history for her. But the point to remember is that the issues of COP 1 still remain and the spirit of Rio has been only receding.

The Copenhagen compromise, which led to the Paris Agreement because of the collapse of the Kyoto Protocol was reluctantly accepted by the developing world, as it included measurable reductions, though made voluntarily. But the Climate action plan 3.0 ushered in at Glasgow sets unrealistic years for net emission. Those years will remain mere targets when the sinks will become inadequate to absorb the emissions. The recent Conference of Parties to the Biodiversity Convention has not adopted any significant measures to expand the carbon sinks like the forests, lakes and rivers. What the Glasgow action plan will do is to eliminate the differentiation between developed and developing countries, which we had maintained at COP 1 and beyond, till the collapse of the Kyoto Protocol.

India has received much praise for the climate targets it announced at Glasgow, but they are contingent on receiving adequate and enabling finance from developed countries, as elaborated by our Environment Ministry. Prime Minister had mentioned the failure of the developed countries to fulfil their financial commitments under the Paris Agreement and had demanded that they make available US$ 1 trillion at the earliest. “Our targets for 2030, which Prime Minister Narendra Modi announced during his speech in Glasgow, are all contingent on the availability of this money. This will be reflected in the updated NDC (Nationally Determined Contributions) that will be submitted soon,” said the Indian Minister. This is exactly the position we outlined at COP 1, namely, we will do everything possible within our resources for climate, but the polluters must pay if rapid action is necessary.

PM Modi had announced that an emission intensity (or emission per unit of GDP) reduction target – 33 to 35 per cent by 2030 over 2005 levels — was raised to 45 per cent, while another target for increasing the share of renewable energy in India’s installed electricity capacity by the year 2030 was enhanced to 50 per cent from the existing 40 per cent.

Twenty countries have announced that they will end financing for fossil fuel projects abroad in a deal. Several countries had already agreed to end international financing for coal, but this agreement is the first of its kind, but  the strength of the agreement will depend on how many countries ultimately sign up to it, and whether it can get some of the world’s biggest fossil fuel financier nations on board.

As for coal, India has been transparent and China and the US also did not sign on to the agreement on transition from coal to clean energy. The commitments take the total number of signatories to 46, and includes some big coal users, including Indonesia, Ukraine and South Korea. The targets fall short of what experts, including the IEA, say is required to achieve net-zero by 2050. Net-zero emissions can be achieved if countries reduce current greenhouse gas emissions and also remove some of what is already in the atmosphere, so that the net addition is zero.

In addition to promising to limit warming, governments from wealthy nations in the 2015 Paris Accord reaffirmed their commitment to contribute $100 billion a year to poorer nations to move away from fossil fuel and adapt to climate change-fuelled disasters. But the developed nations have not met their pledge, even though the requirement has grown. Since funds promised at Paris has not materialised, the demand for a degree of equity and global solidarity on financing is fully justified.

PM Modi had not revealed that he would announce a net zero target year and the compromise of G-20 of middle of the century would be the COP 26 COP formulation also. While the 2070 net zero target may have disappointed many in Glasgow, Mr Modi’s customary rabbit from the hat was received with a sigh of relief. Together with his other pledges, he made a clear impression of reasonableness and transparency. His conditionalities remained dormant. The impression at home was that

India had “clearly put the ball in the court of the developed world.”  “This is real climate action. Now India demands $1tn (£722bn) in climate finance as soon as possible and will monitor not just climate action but also climate finance,” said an Indian spokesperson. India appeared serious about dealing with climate change without making any financial commitment beyond its reach.

The Italian Prime Minister said in Rome that it was not “blah blah” all the way, but activist Greta Thunberg called the deliberations in Rome and Glasgow exactly that. There is no guarantee that the planet will be saved, but the ring of sincerity to seek solutions individually even if the collective effort did not work out, was a new feature in COP 26. But, for those of us, who were at COP 1, it was Déjà vu, because the many ghosts that we fought in Berlin under the guidance of Angela Merkel, like inequity, inadequate technology and financing and the general sense of impending disaster remained unvanquished in Glasgow.