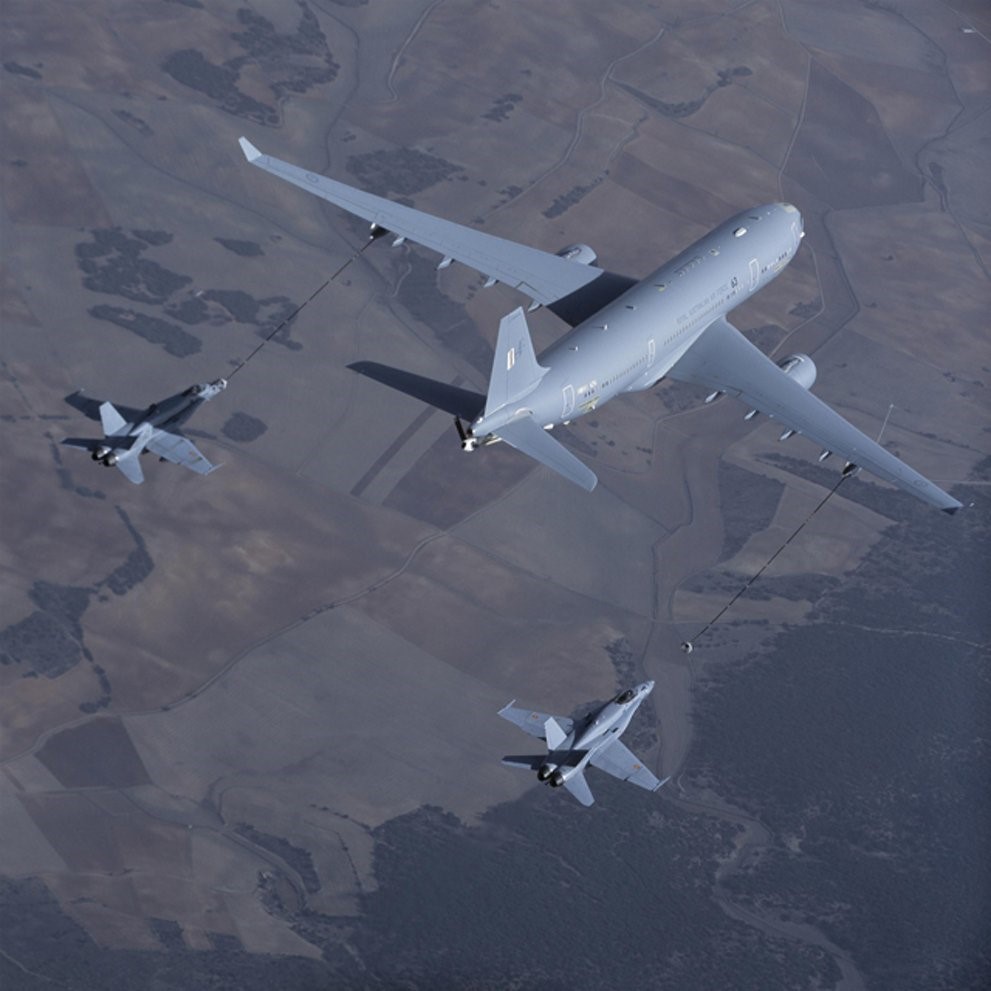 With IAF’s first Rafale squadron — No 17 Golden Arrow, now fully operational, the Indian Ministry of Defence is all set to charter one Airbus A330 MRTT from France. According to a Hindustan Times report, the Indian Air Force has spoken to the French authorities for leasing a single Airbus A330 multi-role air tanker for training purposes. The first aircraft would be a ‘wet lease’ from French Air Force which will be used to train IAF personnel on operations and maintenance. It is likely to be a precursor to a government-to-government pact for leasing five more Airbus’s mid air refuellers to boost combat radius and capabilities of newly inducted top-of-the-line Omni-role Rafale aircraft and other in-service combat aircraft.

“With IAF looking towards A330 refuellers for its future, it is only natural that its pilots are trained in advance to handle the aircraft as mid-air refuelling is a precision process with zero margin of error and huge stakes,” quoted Hindustan Times. Earlier, the Indian Rafale fighters flew non-stop from Merignac-Bordeaux air base in France to India with mid air refuelling from French as well as UAE Air Force A330 MRTTs.

After two straight failed attempts in the past, the Air Force had started its long-running quest again to induct a modern fleet of these critical ‘Force Multipliers’ to supplement its Uzbekistan-supplied IL-78MKIs tanker line, which is presently encountering some serious maintenance and serviceability issues. Earlier, the Air Force was looking to lease between Boeing’s KC-46 Pegasus and Airbus A330 MRTT, and Airbus’s FRA emerged as the frontrunner for IAF leasing contract. The Airbus refueler has already been tested in the rough Indian conditions including the impossible Himalayan climate.

Based on the successful A330-200 passenger jet, the most capable new-generation Airbus tanker is combat-proven and comes with unique “Three in One” multi-mission capabilities. The aircraft has already been ordered by Australia, France, NATO, Saudi Arabia, Singapore, South Korea, UAE and the United Kingdom, over 60 aircraft have been sold to global customers.

According to its developer, the A330 MRTT can carry up to 111 tonnes of fuel; this is the highest capacity of all tanker aircraft, even those with additional fuel tanks in the cargo deck. The aircraft has the capacity of offloading 50,000 kg of fuel to a broad range of receivers during a four-hour loitering mission at over 1,000 nm from its take-off point.