How Russia-Ukraine Conflict has Put Cryptocurrencies in Spotlight 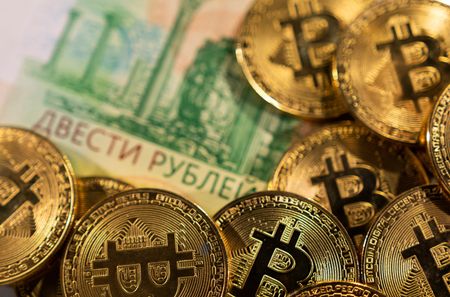 To support the protest movement organisers launched a fundraising campaign on the GoFundMe platform. However, the social funding platform seized the approximately USD 10 million in donations that were raised, alleging that the movement failed to both prohibit the promotion of violence and harassment and adhere to sanctions Canadian authorities had imposed.

Organisers responded quickly by turning to the world of cryptocurrency to evade seizures and continue funding their movement. They raised nearly USD 1 million in a matter of days. This Canadian story is a perfect example of how cryptocurrency can play a dual role of social support, but can also be used to evade sanctions. At the same time, in Ukraine, the Kyiv government has shown enthusiasm about using cryptocurrency, which has enabled the country to get significant financial support for its defence, extremely quickly.

Ukraine’s Ministry of Digital Transformation is getting lots of press for the ingenious way it is supporting the country’s resistance to the Russian invasion. This is being done through a sophisticated use of social media to promote Ukrainian interests around the world at hackathons, where hackers are rewarded with US$100,000 for successfully attacking Russian systems.

Funds were made available quickly after a Ukrainian government official tweeted that the country would now accept international aid via cryptocurrency. More than USD 100 million was reportedly raised this way. Two funds were initially set up: one for humanitarian and the other for military purposes. However, as the violence escalated the funds were merged and directed entirely toward supporting the Ukrainian military, where there were used to purchase body armour, night vision goggles, helmets, medicine and food for frontline fighters.

The government has stated that although the amount received in cryptocurrency is modest with respect to the total funds granted from international agencies, it was able to receive these funds much more quickly because of the absence of intermediaries. Bank transfers can, indeed, take several days to arrive in the Ukrainian government’s accounts. The cryptocurrency was deposited within a few minutes. This demonstrates the undeniable usefulness of cryptocurrency — the way it presently operates and is regulated — in supporting, in particular, the financial and economic systems of countries in distress.

However, while digital warfare can benefit some people in human and military terms, particularly by overcoming the slowness of conventional financial systems, it can make it possible for others to circumvent the international sanctions that have been imposed on them.

In this regard, it should be noted that according to some sources, cryptocurrency is also serving as a safe haven for many ordinary Russian citizens who are trying to hang on to their savings inside a banking system that has numerous restrictions and vulnerabilities, as the value of the ruble collapses.

Economic sanctions against Russia are not new. A number have been put in place since the country annexed Crimea in 2014. The current Russian invasion of Ukraine has resulted in new financial and economic sanctions that penalise Russian organizations and individuals, including oligarchs. As a result, the value of the Russian rouble is falling to the point where several Russian subsidiaries of European banks are reportedly on the verge of bankruptcy.

However, here again, proceeding through the lightly regulated cryptocurrency world could help Russian organisations, governments and oligarchs evade sanctions and carry on their financial activities. Since the start of the war, the conversion of Russian roubles into cryptocurrency has literally exploded. Cryptocurrency leaves traces. But is it really an effective and definitive way to dodge sanctions? Probably not, especially when it comes to the very large sums held by Russian oligarchs and large organizations. It is very unlikely that these sums could be entirely absorbed by the different types of cryptocurrency in circulation at the moment.

Moreover, the usefulness of cryptocurrency for these types of transactions is temporary. The sums used to obtain cryptocurrency actually become traceable — and thus, subject to sanctions — as soon as they land in traditional bank accounts. Cryptocurrency is also becoming less and less untraceable thanks to the increasing expertise of law enforcement. The war will accelerate regulation

From this perspective, the current digital war between Ukraine and Russia will likely serve as a catalyst to accelerate the regulatory takeover of the anarchic cryptocurrency world. It will then be up to each country to find mechanisms that will allow them to regulate virtual currencies — in hopes that the whole process will acquire a certain cohesion, internationally.

In this sense, it appears to be essential for legislators in different countries to consider creating a balanced framework. The goal must be minimizing the possibilities of using the cryptocurrency universe as an illegal means of evasion without removing the efficiency that cryptocurrency offers — particularly the speed it provides for processing transactions. Striking this balance will not be easy.