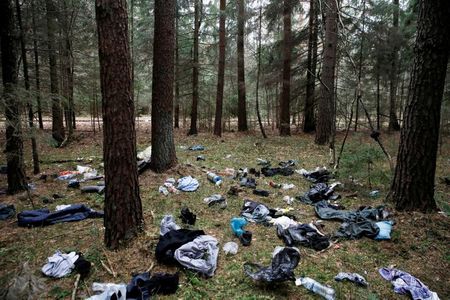 When Kamaran Mohammed travelled with his wife and three children to the Belarus capital Minsk last month from their home in northern Iraq, they went as tourists.

They were among thousands of people provided with tourist visas in recent months with the help of travel agencies in the Middle East working in partnership with tour operators in Belarus, according to documents and witness accounts.

A few days after arriving in Minsk, the family made its way to the Belarus-Poland border, joining a wave of Iraqis, Syrians, Afghans and others attempting the hazardous and sometimes deadly crossing into the European Union to start a new life.

“The planes carry tourists that are not going for tourism,” said Mohammed, speaking on Thursday in his home in the northern Iraqi city of Sulaimaniya.

“The Belarusian government knows very well that these people are not tourists, but that they are going to the Polish border.”

Mohammed and his family made it to Poland, but only briefly. They were deported back to Iraq on Oct. 31, a reminder that spending thousands of dollars and risking lives are no guarantee of settling in the EU.

The migrant crisis has stoked tensions between the West and Belarus’ ally Russia. Moscow has sent nuclear-capable bombers to patrol Belarusian skies and nations bordering Belarus voiced alarm that the row could escalate into military confrontation.

The European Union has accused Belarusian President Alexander Lukashenko of orchestrating the influx of migrants to pressure it to back down over sanctions slapped on his government.

Poland and Lithuania have produced documents, seen by Reuters, that they say show at least one Belarusian state-owned travel company made it easy for would-be migrants to visit from May, while a state carrier more than doubled flights on a route popular with asylum seekers.

Lukashenko denies facilitating the crisis, although he has said he would no longer hold back migrants due to the penalties imposed by the EU after a disputed presidential election last year and subsequent crackdown on protesters.

Reuters spoke to more than 30 migrants or would-be migrants from the Middle East for this article in their homelands, on the Belarus-Poland border and in migrant centres in Poland.

Around 20 specified what visas they travelled on and all said they were for tourism. The documents released by Poland showed nearly 200 Iraqis received visa support from a state-run travel company in Belarus to visit for hunting and other trips.

Migrants and travel agents in Iraq and Turkey described the relative ease with which they have obtained documents for passage to Belarus in recent months.

Despite the cost – Iraqi migrants said they spent between around $1,250 and $4,000 reaching Minsk – thousands have made the journey, getting visas with the help of Belarusian firms and taking commercial flights that have become more frequent since the spring.

The surge in migrants has been aided by a small industry of travel agents, companies, smugglers and drivers seeking to take a cut of the profits, according to those travelling to or at the frontier.

Several migrants near the border told Reuters that Belarusian border guards helped them try to cross into Poland or turned a blind eye when they did so. Two migrants separately said they handed them wire cutters.

Belarusian authorities did not respond to requests for comment on accusations that they facilitated the migrant crisis.

But Belarus’ foreign ministry said on Monday allegations that Minsk had engineered the crisis on its borders with the European Union were “absurd”.

Most migrants Reuters spoke to said they made the journey because they saw no future for themselves or their children, be it in Syria or Iraq. A handful said they were trying to enter the EU to reunite with friends or relatives.

They saw a chance to get to Europe via land – less risky than by sea, especially when travelling with young children. As 2021 went on, they read on social media that visas were becoming readily available. Middlemen and agents offered their services.

Hussein al-Asil is an Iraqi based in Ankara who provides travel services to would-be tourists and migrants.

He said he arranged invitations for his clients from three Belarusian partners and processed passports sent from Iraq. Once returned, their owners could travel to Minsk via Turkey. According to Asil, it was much harder for Iraqis to get visas for Belarus before this year.

Asil said he charged $1,250 per person – which he claimed made him one of the cheapest travel agents.

“The (Belarus) embassy of course knows that this person is not going for tourism,” he said. “What kind of tourism would that be, to book a plane ticket for $800 and get a visa for $1,250? They know that these people are coming to go to Europe.”

Flights to Minsk became more frequent since the spring.

Belavia, for example, flew 28 times from Istanbul to Minsk in February, 2021, and 31 times in March. By July that had more than doubled to 65, according to Flightradar24 data.

Turkish Airlines flights on the same route also jumped, to 64 in July and August from 32 in March and April. In October, both airlines flew a combined 124 times to Minsk.

The EU has moved to counter that. Amid pressure from Brussels, Baghdad suspended flights from Iraq to Minsk this autumn.

On Friday, Belavia and Turkish Airlines confirmed they would no longer take passengers from Yemen, Iraq or Syria to Minsk, except for diplomats.

And on Saturday Cham Wings Airlines, a private Syrian carrier, told Reuters it had suspended flights to Minsk.

Once migrants arrive in Minsk, most move quickly to the border. City residents said they had seen a large increase in people who appeared to be from the Middle East waiting in malls, sleeping on benches and buying provisions for their onward journey.

Some migrants who made it to Poland said they were beaten by Belarusian border guards and chased back and forth across the frontiers. They faced exhaustion, hunger, thirst and fear.

Belarus authorities did not immediately respond to a request for comment on their accusations.

Umm Malak, a 26-year-old Iraqi woman weeks away from giving birth, told Reuters that she and her family were shunted between Poland and Belarus six times before she made it to a migrant centre in the Polish city of Bialystok.

She said she, her husband and their three small daughters waded through chest-deep water and hid in cold forests.

A Polish police spokesperson said police did not conduct activities such as taking migrants back to the border. Neither the Polish Border Guard nor Belarusian authorities responded to requests for comment on her case.

Umm Malak may consider herself lucky.

Many migrants do not make it into the EU and are forced to try to get back to Minsk – sometimes having to pay a bribe to do so – or their homeland. At least eight migrants have died trying to cross and fears are growing for the safety of others as harsh winter conditions set in.

Despite the crackdown on flights from the Middle East to Minsk, Fabrice Leggeri, director of the EU border agency Frontex, warned on Friday that the bloc must be prepared for an increase in the number of migrants trying to enter.

Numbers have already spiked. The Polish Border Guard said over 17,000 illegal attempts to cross the border were made in October, more than double the attempts in September, and thousands of migrants were camping out near Belarus’ border with Poland.

Back in northern Iraq, in Said Sadiq, barber Warzer Ibrahim said dozens of people from his town had left Iraq’s northern Kurdistan region for Belarus in recent weeks.

The 37-year-old father of two has decided to join them.

“I have a child who is eight, she can’t write properly. Why? Because school is not good. And I can see that the life of my children doesn’t look good,” he said.

“I see the images every day, of people in the forest, but I am not afraid. The hardship in Belarus is temporary. A week, two weeks. But here, it is every day.”

Iraq’s Kurdistan regional government told Reuters it was investigating local travel agents involved in the exodus, and blamed politicians and smugglers for exacerbating the crisis.

Ibrahim said he had paid $1,600 for each of his family of four to get to Minsk. Some would-be migrants said they had sold land and homes to pay for fares, hotels, smugglers and bribes.

“Every day to see your good friend leave,” Ibrahim added. “You know each other for 20 years and then they leave for Belarus and you don’t know what will happen to them. That is hard. But I still say go, and I am going because it is better than here.” 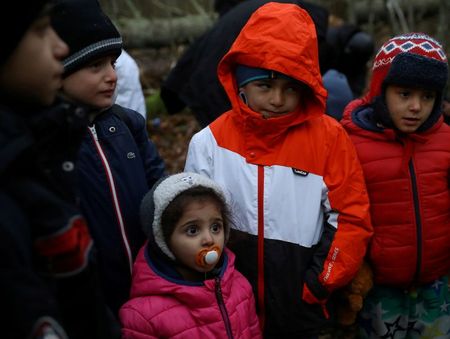 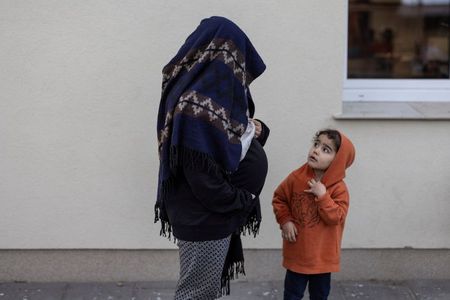 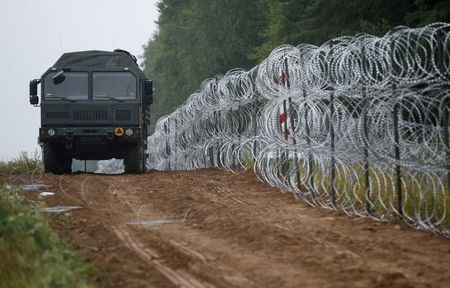 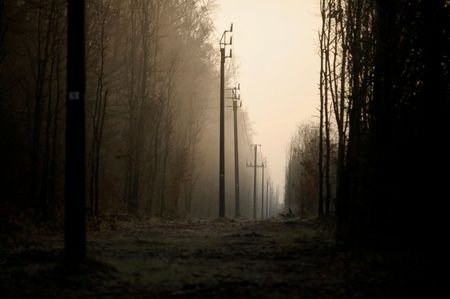 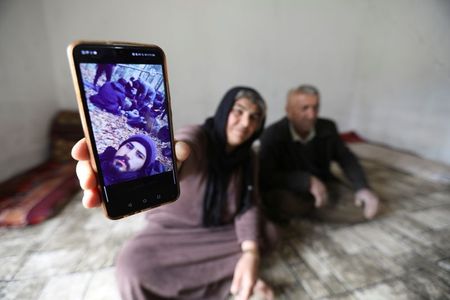 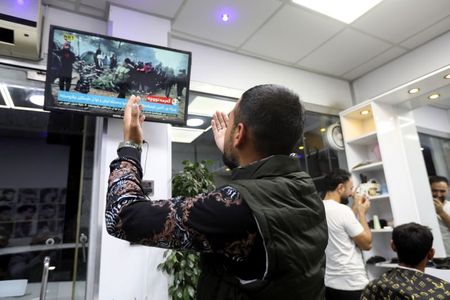 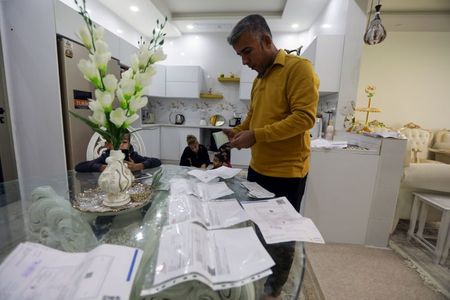 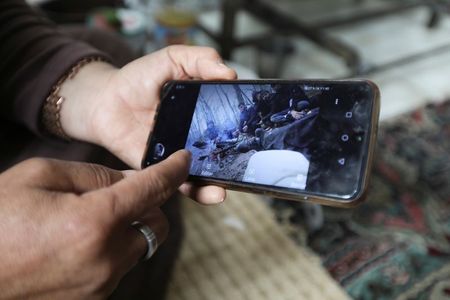 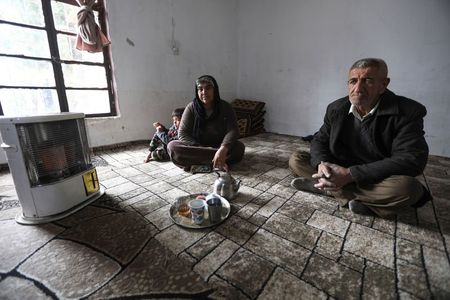