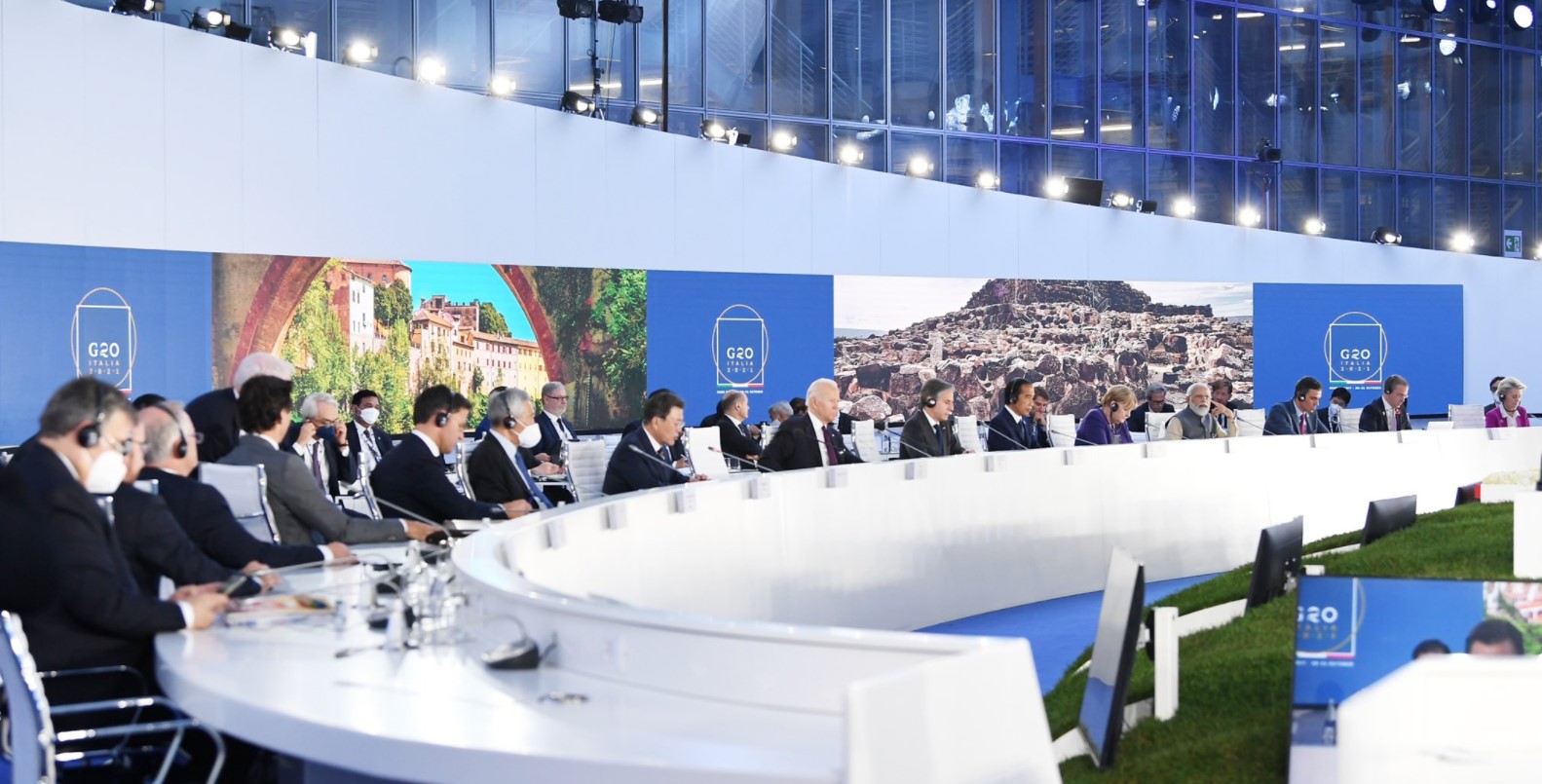 Prime Minister Narendra Modi led the Indian Delegation to Rome to participate in the G20 Leaders Summit, which happened after a gap of 2 years. The Prime Minister also had very productive and valuable meetings with many world leaders on the sidelines of the G 20 Summit.

“This is his Eighth Summit and the first in-person summit after Osaka in 2019. The theme was People Planet and Prosperity. And truly within this overarching theme, this G20 has delivered a strong message of recovery from the pandemic, recovery in terms of the economy and across different sectors like health, employment, education, tourism, and most significantly, climate action.

Leaders adopted the Rome declaration at the Summit and over five days of extensive negotiations extending late into the night so much so that last night, there was not a wink of sleep and it went on till 10:20 in the morning today, when the final declaration was agreed by all the stakeholders. This communique gives a very strong message under the health section where we have agreed that COVID-19 immunisation is a global public good and the recognition of COVID-19 vaccines, which are deemed to be safe and efficacious by the WHO will be mutually accepted subject of course to national law and privacy law that countries may have. But more importantly, it has been agreed that everybody will help to optimise the processes and procedures of the WTO for vaccine approval and emergency use authorization and will also be strengthened, the WHO will be strengthened so that they can do recognition of vaccines faster. India also agreed to extend the Debts Suspension Service Initiative, so that vulnerable countries, low income countries are not burdened with debt repayment at this critical time. On agriculture, livelihoods for small and marginal farmers were at the focus of our discussions and everybody has agreed that improving their livelihood is an important global effort that we all have to put in.

Energy and climate was clearly the centre stage of our discussions. India and many other developing countries pushed for safeguarding the interests of the developing world. The developed countries of the world also joined to increase the ambition from the current levels of commitment and active interest that the developed world has shown in terms of providing technology and affordable finance at low interest or grant based finance, long tenure finance. So we’ve really got into the text, the language, which confirms that the developed world has acknowledged that they have not done enough in terms of meeting their commitments, and that they will have to be more forthcoming in providing finance ,in providing technologies and enable us to make the transition to a clean energy world in the future. And for the first time, the G20 has identified sustainable and responsible consumption and production, along with provision of finance and technology, as critical enablers for achieving the climate goals, first decided at Paris, and as we have all agreed we must aspire for even more ambition.

Prime Minister Narendra Modi’s mantra of sustainable lifestyles finds resonance in the Rome declaration, and sustainable consumption and responsible production patterns, coming out of the Sustainable Development Goal number 12, which is aimed at encouraging the developed countries to reduce their luxurious and energy intensive lifestyle has been discussed and accepted. Once again, the principle of common but differentiated responsibilities was reiterated and included. We have also been able to push the commitment of the developed world to provide a $100 billion every year from now until 2025, and the commitment of all the countries to mobilise greater levels of capital for the less developed countries and the emerging economies. We have also been able to put through that technologies today do not exist to be able to transition in a big way to clean energy and innovation will play an important role in the years to come.

The importance of energy security and the stability of energy markets has also been recognised by G20 Leaders Summit. We are soon going to have another engagement on resilient supply chains, which will be attended by several countries. And for the first time, the mention of the CDRI in accelerating the agenda of sustainable urban planning has been brought into the declaration. What Prime Minister Narendra Modi had proposed in Brisbane in 2014 has finally been accepted by all the countries. First the OECD discussed it, now the G20 framework on Base Erosion and Profit Sharing has been brought out in this statement. It’s truly a historic achievement for a more stable and fair international tax system. 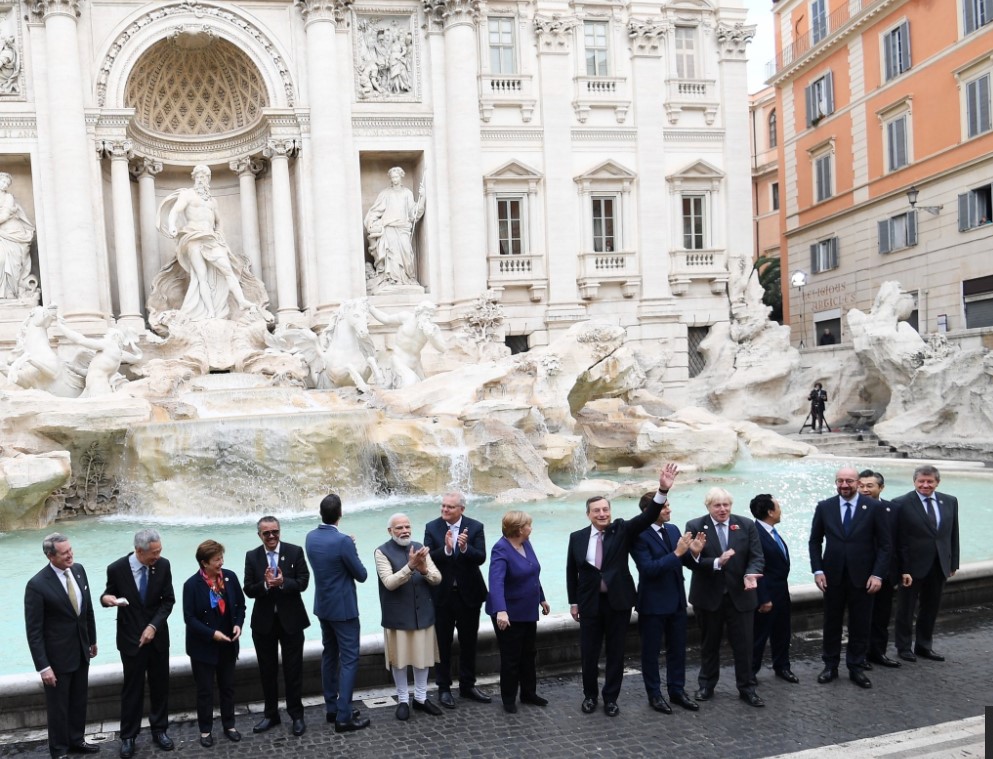 Travel needs to get reinvigorated, we need to get back people’s movement, bring tourism back, bring economic activity back. And we have all agreed to work towards a common framework for accepting each other’s vaccine certificates. We have also discussed gender based violence and increasing women’s participation in the workforce. Also denounced the uneven distribution of unpaid care and domestic work. So in some sense, a lot of the agenda that India was pushing for, lot of the agenda of the developing countries in which India took a leadership role, have been representing them in the G20 for several years has been brought into the text along with data free flow for trust, Data for development has come into the Rome declaration, and all the leaders of the G20 are now looking forward to the G20 presidency in India in 2023.”