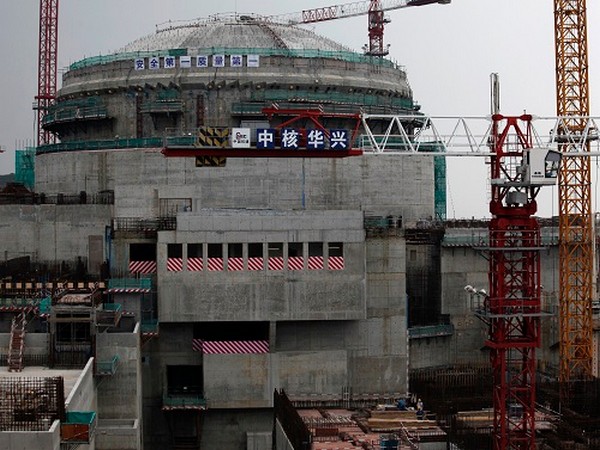 Washington DC [US], June 15 (ANI): A French operator of a Chinese nuclear plant located in Guangdong province has warned US officials of an “imminent radiological threat” following a leak at the plant, according to multiple media reports.

A document obtained by CNN reveals that the warning by the operator of the Taishan Nuclear Power Plant, Framatome, included an accusation that the Chinese safety authority was raising the acceptable limits for radiation detection.

According to the US news network, the limits were raised by the Chinese authorities to avoid having the plant shut down.

On Monday, Framatome issued a statement saying that they will support a resolution to the ongoing crisis at the plant. “Our team is working with relevant experts to assess the situation and propose solutions to address any potential issue.”

The owner of the French company in a separate statement said that they were informed of the rise of “certain rare gases,” even suggesting a board meeting to present data on the crisis.

In a statement released on Sunday, the Taishan Nuclear Power Plant said that the environmental readings of the plant and the surrounding area are reported normal.

“Since it was put into commercial operation, the Taishan Nuclear Power Plant has strictly controlled the operation of the units in accordance with operating license documents and technical procedures. All operating indicators of the two units have met the requirements of nuclear safety regulations and power plant technical specifications,” the Taishan Nuclear Power Joint Venture said.

The Taishan plant went online in 2018 and was the first third-generation “evolutionary power reactor” to become operational.

Meanwhile, China has said radiation levels remained normal at the Taishan Nuclear Power Plant in Guangdong province and there were no safety concerns. “There is no abnormality in the radiation levels around the nuclear power plant, and safety is guaranteed,” said Chinese Foreign Ministry Spokesperson Zhao Lijian.

The US government, however, is assessing a report of a leak at a Chinese nuclear power plant. (ANI)