Firing Off the Dead Queen’s Shoulder 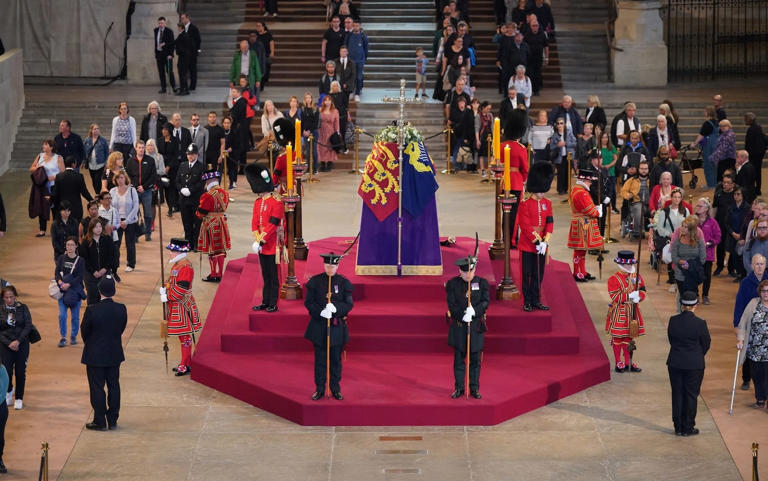 Barely forty-eight hours after becoming Prime Minister of the United Kingdom after a very long campaign in which she reached the goal from a position well behind in the race, Liz Truss used the occasion of her tribute to the late Queen Elizabeth to attempt to create a fresh myth of Western civilisational mission through the agency of Great Britain.

She said that the long reign of the late monarch saw the expansion of the Commonwealth from a small group of seven countries to a globe-enveloping assembly of fifty-six nations. This is, of course, a transient matter in the very fluid and chaotic world situation today but it needs to be probed to extract a meaning because of the continued power of the West, especially its Anglo-Saxon branch in shaping stories.

It was both amusing and alarming that the Americans, usually quite ignorant of other peoples’ histories, especially of Asia and Africa, picking up this theme and offering condolences to the nations of the Commonwealth for the passing of their ‘Head’.

Let us go back to 1952, when Queen Elizabeth was enthroned, when, as the newly installed British PM said, the Commonwealth had just seven members. In addition to Britain, there were Canada, South Africa, Australia, New Zealand plus the independent India and the new state of Pakistan created by Britain and granted independence constituting areas of India that seceded from the original state. (India did have an international personality well before 1947 as a member of the League of Nations, the International Labour Organisation as well as being one of the original and founding members of the United Nations). This configuration continues to find a visual reminder in the High Commissions of all but Pakistan in a cluster of buildings near each other in London.

Now, if we keep aside India and Pakistan for the time being, what characterizes the rest? But for South Africa, they were all practically empty territories with the partial exception of New Zealand taken over by force in a process that deprived the small local population of their land and their rights. This was carried to its extreme in South Africa with the formalisation of the apartheid policy. All these nations also strove to keep their ‘White’ characteristic through hostility to immigration of non-white people. Of course, the other colony of Britain, the territory that became the United States also maintained identical policies despite its fraught history with Britain, a policy compounded by its unique poison of extensive use of slavery. Where did India fit in after 1947?

The Commonwealth accepted the British monarch as the Head of State and the four original colonies except for South Africa continue to do so. However, from the moment of independence, India was determined to be a republic in pursuit of its national objective going back to the call of Purna Swaraj. We did achieve it on January 26, 1950 with a Republic that gave us equality as citizens under a Constitution with full democratic rights that we have enjoyed uninterruptedly for 75 years so far, making our motherland not just the largest of democracies but one of the oldest in the world, if we go by the criteria of the right of all citizens to franchise in elections conducted at constitutionally mandated intervals and access to justice through the free operation of an impartial system of justice.

What were we doing in the company of the country that colonised and ruined us and its overseas settlements?

We, India, transformed it.

When Nehru announced that we will be part of the Commonwealth, the British Commonwealth ceased to be ‘British’. The door for all the other colonies of Britain to join this international organisation of countries, none of them less equal than any other was wide open. As the various nations of Africa, Asia and the Caribbean became independent over time and most of them became republics, there was the precedent of India for them to stay in the Commonwealth. To cite beneficial results flowing from this situation, the Commonwealth boycott of South African cricket would not have happened if that entity remained a gathering of White Dominions; it was this campaign that expanded into a broader boycott of South Africa in sports and forced the world to think about discrimination in general in sports. It was also a practical demonstration of the ebbing away of power from the ‘mother country’ and the beginning of its repositioning of as another member of this grouping. The further proof of this is that several countries never colonised by Britain are part of the Commonwealth today.

Consider it another way. There was nothing to prevent India from exiting the Commonwealth once it became a republic. Its economic, political and cultural relations with Britain and the Dominions could have continued undiminished. But, by the same token, a different precedent would have appeared before those nations achieving liberation from British colonialism. Where would the Commonwealth have been then? What would be the odds of the late lamented Queen of the United Kingdom presiding over a Commonwealth of fifty-six countries?

Quite small, one would presume.

By the same token Britain became one among the equal, and we paid our respect to their Queen as the Head of State of a country with whom we maintain excellent relations and just that.

But, of course, this history is not convenient. All the history of India and Britain is very inconvenient for the storytellers of the beneficial interaction of Britain with India – and by extension with all its other colonies most of which fell away within two decades of India becoming independent.

Hence the expansion and growth of the Commonwealth under the benign gaze of the long-reigning Queen Elizabeth. It is another house in the Potemkin village of the Great Power called Great Britain.

It is interesting that this bit of mythmaking was ignored in the Commonwealth itself except when it was actively debunked and denounced as happened in most of Africa while it got traction in the USA and Europe. It has to, as it fits into the long running narrative of the ‘civilising mission’ which just refuses to go away despite decades long revelations, taking on a new avatar as the larger story of ‘global order’ through which West Europe and North America still strive to lay down rules they would dearly wish that all else obey with nary a dissenting voice. 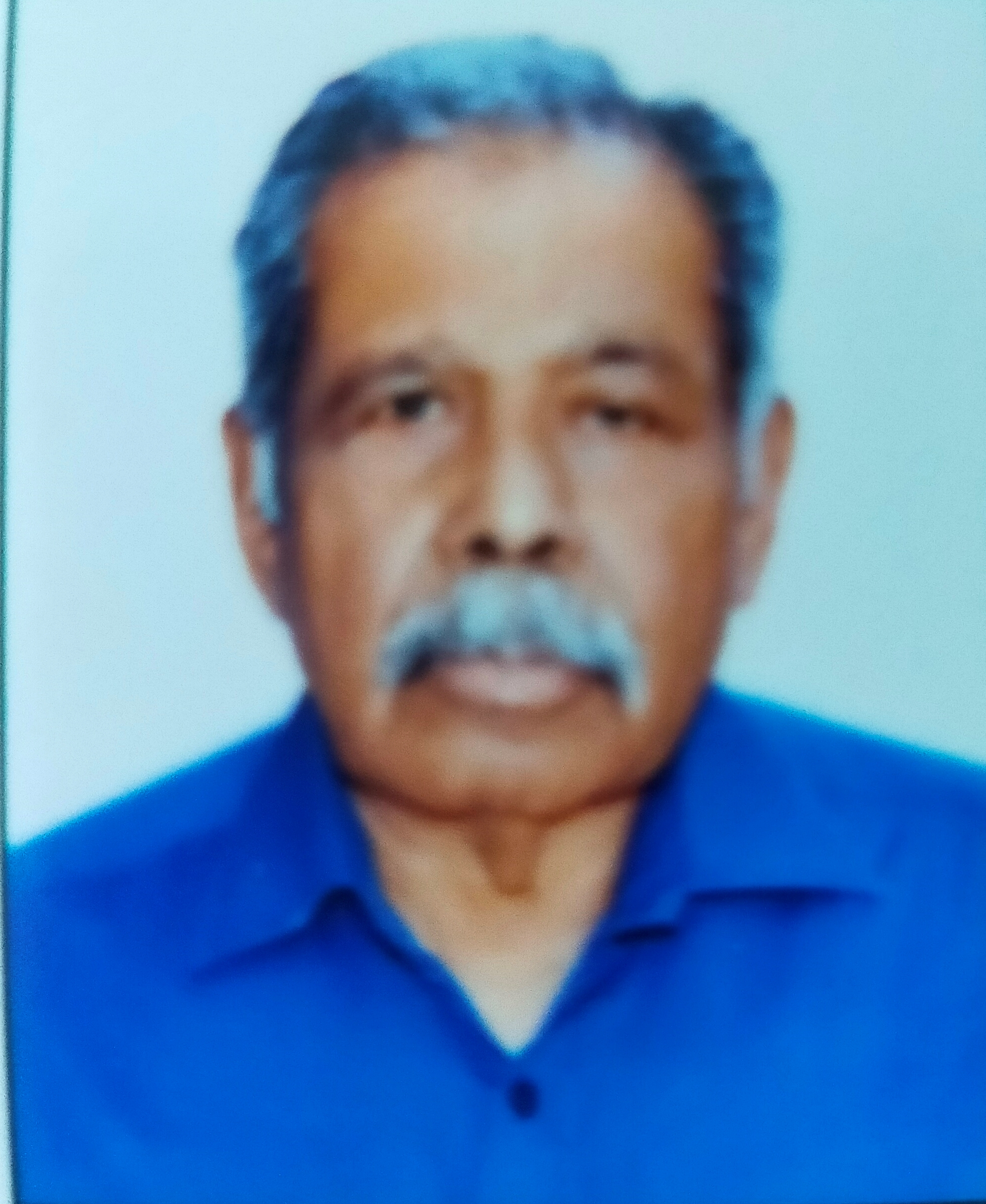 Mr G S Iyer joined the Indian Foreign Service in 1965. He has served as the Ambassador to Morocco where he was conferred the Grand Cordon of the Wisdam Alaoui by HM King Hassan II of Morocco, the highest honor of the Kingdom. He was also Ambassador to Mexico. He served as Senior Directing Staff (Foreign Service) National Defense College, New Delhi. He speaks Chinese and can read Spanish. He is a renowned author.