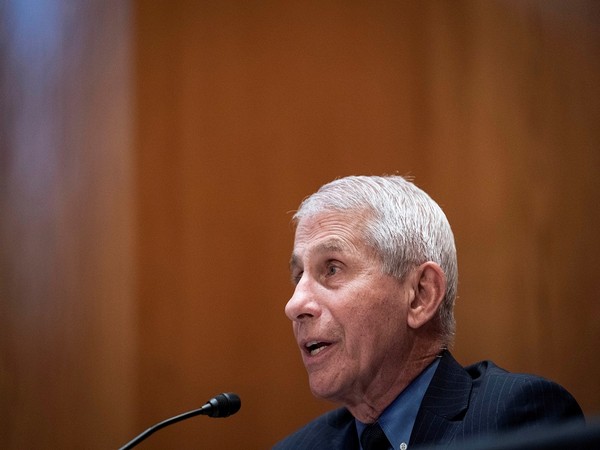 Washington [US], June 19 (ANI): US top coronavirus advisor Dr Anthony Fauci on Friday (local time) admitted that COVID-19 could be a lab-invented illness as acknowledged by scientists in February 2020.

Fauci said that he was open to the coronavirus lab leak theory all along, saying acknowledged COVID-19 “could possibly be an engineered virus” with the potential of an accidental leak from a lab but maintains that the most likely origin was through zoonotic transmission, reported Fox News.

Amid criticism of an inconclusive international probe into the virus’ origins and new reports of Covid-related illness in the region weeks before it was officially identified, the theory is once again sparking debate that the virus leaked from Wuhan lab.

Earlier this month, a report by Wall Street Journal had stated that three researchers from China’s Wuhan Institute of Virology sought hospital care after they fell ill in November 2019, a month before Beijing reported the first patient with COVID-like symptoms.

Fauci discussed a conference call that took place on February 1, 2020, just days after the World Health Organization raised the alert level on COVID-19, calling it a public health emergency of international concern, during an interview with USA Today this week.

“I remember it very well,” Fauci told USA Today. “We decided on the call the situation really needed to be looked into carefully.”

The call included several scientists, including Kristian Andersen, an expert in infectious disease at Scripps Research Translational Institute in California.

In an email to Fauci the day before the call, and reviewed by Fox News, Andersen wrote, “The unusual features of the virus make up a really small part of the genome (&lt;0.1 per cent) so one has to look really closely at all the sequences to see that some of the features (potentially) look engineered.”

In the email, Andersen added that he and several other experts thought that the genome was “inconsistent with expectations from evolutionary theory,” but noted that “those opinions could still change” following further analyses.

Fauci told USA Today this week that the meeting was “a very productive back-and-forth conversation where some on the call felt it could possibly be an engineered virus.” Fauci said others on the call felt the evidence was “heavily weighted” toward a natural, zoonotic transmission, reported Fox News.

“I always had an open mind,” Fauci told USA Today. “Even though I felt then, and still do, the most likely origin was in an animal host.” But days after the teleconference, according to an email obtained by USA Today, Andersen had changed his position, saying the data “conclusively show” that the virus was not engineered, reported Fox News.

Andersen, offering feedback on a document, scientists were reportedly working to put together for the National Academies of Sciences, Engineering, and Medicine to send to the White House Office of Science and Technology Policy, said, “I do wonder if we need to be firmer on the question of engineering.”

“The main crackpot theories going around at the moment relate to this virus being somehow engineered with intent and that is demonstrably not the case,” Andersen said in the document.

He added: “If one of the main purposes of this document is to counter those fringe theories, I think it’s very important that we do so strongly and in plain language (‘consistent with’ [natural evolution] is a favourite of mine when talking to scientists, but not when talking to the public – especially conspiracy theorists).”

Citing USA Today, Fox News reported that the document did not discuss the engineering possibility, and instead noted that data from viral samples were needed to determine the origin.

Last month, US President Joe Biden released a rare public statement, revealing that the US intelligence community has “coalesced around two likely scenarios” for the origins of COVID-19, “including whether it emerged from human contact with an infected animal or from a laboratory accident,” and asked for “additional follow-up.”

The President asked the intelligence community to “redouble their efforts to collect and analyse information that could bring us closer to a definitive conclusion, and to report back to me in 90 days.”

Meanwhile, Republican lawmakers have called for Fauci to testify on his emails, which were released as part of a Freedom of Information Act lawsuit, as US officials try to get to the bottom of the origins of the pandemic.

Some Republican lawmakers have also called for Fauci to step down from his post as director of the National Institute of Allergy and Infectious Diseases, saying he has lost public confidence.

The White House is defending Fauci amid criticism, calling him an “undeniable asset” to the country during the pandemic, with President Biden saying he is “very confident” in Fauci.

Fauci, last week, responded to criticisms, saying that the attacks on him “are attacks on science.” (ANI)