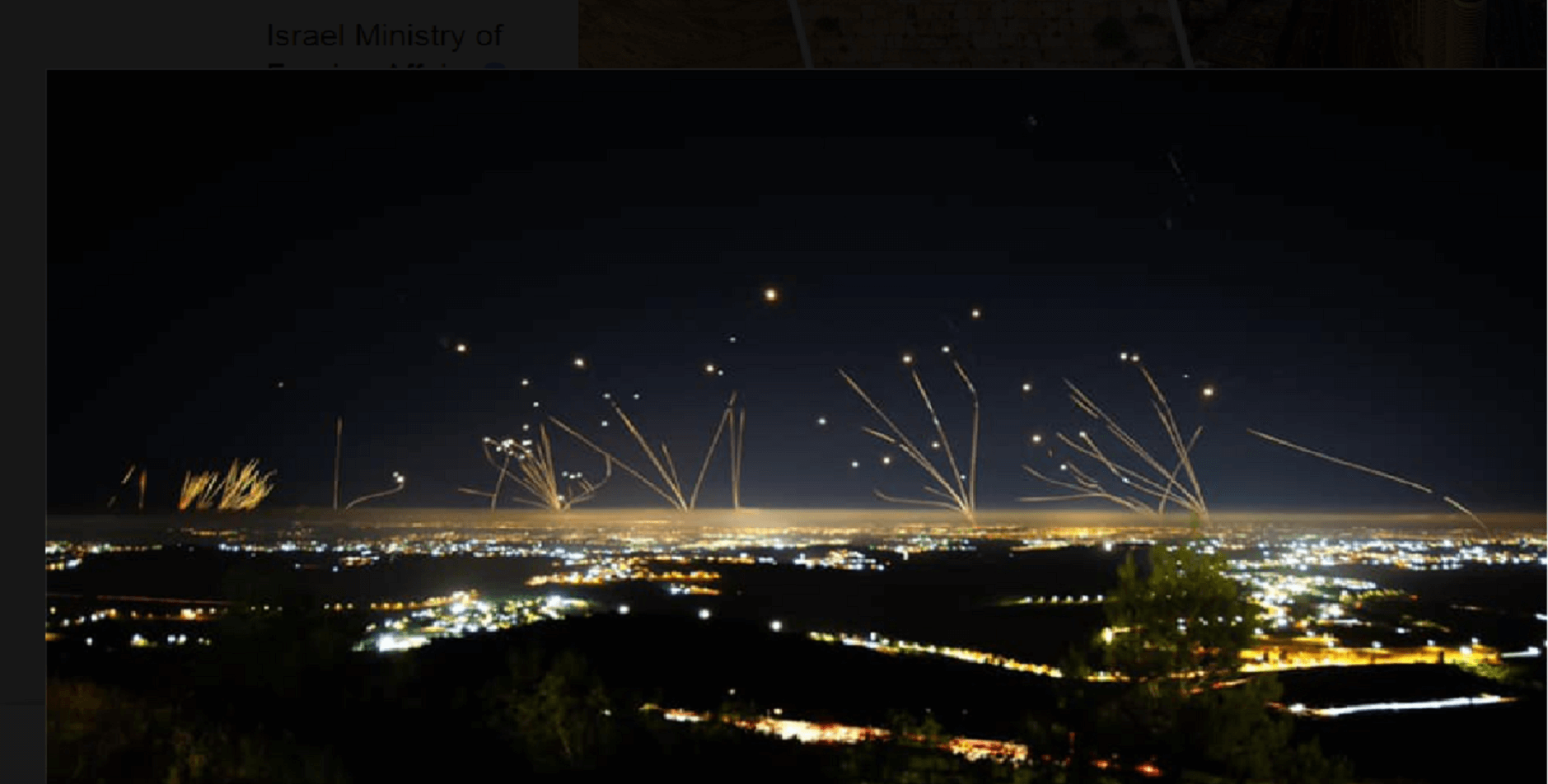 Jerusalem is the only piece of real estate which is considered the fatherland of three major faiths in the world. For the Jews, it is the sacrificial site of Abraham’s son Isaac, who was saved by divine intervention. It is also the site of the first and second Temples. The Western Wall is the remaining relic of one of them, the ideal place for prayers. For the Muslims, it is here that the Prophet ascended to heaven and the al-Aqsa Mosque and the Dome of Rock constitute the Noble Sanctuary. For Christians, the Church of the Holy Sepulchre stands on the site where Jesus was crucified and had resurrected.

No power on earth can claim, monopolize or even seek to elevate its status of this land. We cannot even dedicate, consecrate or hallow this ground, to borrow Abraham Lincoln’s words about Gettysburg. The noble souls associated with the land have consecrated it, far above our poor power to add or detract. Turning a centre of pilgrimage into a cause for carnage is pure sacrilege. No new status as a capital of a single country will enhance its prestige or status. Shedding of human blood should be totally avoided there or in its name as it will only desecrate this holy land. Only mutual respect and peaceful coexistence of the three faiths can do justice to its glamour, glory and godliness.

No wonder the United Nations wisely decided to preserve its multi faith character without assigning it to Israel or Palestine. Only a reckless President Trump had named Jerusalem as the capital city of Israel and set off a chain of events that led to the present bloodshed which has spun out of control in a week.

The latest violence was sparked off by the growing unrest over control of Jerusalem and attempts by Jewish settlers to take over Arab-controlled communities. The tensions have spilled over into the West Bank, where hundreds of residents in Arab communities staged overnight protests against recent actions of Israeli security forces against Palestinians. Casualties have been mounting on both sides, as Hamas continues its bomb attacks on Israeli targets. Clashes between the Arabs and Jews have been taking place in civilian areas.

It is not unusual for fighting to break out between Israel and Hamas, given the way the Palestinians are treated in Gaza, but they do not last long as no war can resolve the issues between them. But Prime Minister Netanyahu, who is struggling to win a majority and to overcome corruption charges, warned in a statement that “This is just the beginning. We’ll hit them like they’ve never dreamed possible.”

The United Nations, having failed to deal effectively with the pandemic on account of a Chinese veto, is now paralysed again by the US veto. President Biden had raised much hope of energising the UN after the exit of President Trump, but his honeymoon with the UN came to an abrupt end when he justified the Israeli action by stating that Israel had every right to defend itself. He prevented the Security Council from meeting, not to speak of ordering a ceasefire. It took the Security Council a whole week to hold an open meeting to enable the members to express their views.

The US was isolated, as before, in the Security Council on this issue, but it blocked any statement or resolution. This was in keeping with the US position that extended “ironclad support for Israel’s legitimate right to defend itself and its people” and “strongly condemned the launching of rockets by Hamas and other terrorist groups that targeted Israeli civilians” and “reiterated the importance of all involved parties to take steps to restore calm.” At the same time, for the record, the US stated that Palestinians must be afforded the right “to live in safety and security” while calling for de-escalation.

Russia and Turkey are likely to lead a move in the General Assembly, which is likely to pass a resolution against Israel with overwhelming majority. To avoid such an eventuality, the US is reportedly applying pressure on Israel to stop the bombing. But Israel has asserted that bombing will continue and that it will take time to end the military operations.

Among the many grievances of the Palestinians against Israel is the discrimination in the supply of vaccines. According to the Times of Israel, Israel had purchased ten million vaccine units of Astra -Zeneca, which are lying unutilised as Israel switched to Pfizer and Moderna versions and completed the vaccination of the whole population of Israel. On the other hand, only 1% of the Palestinians have been fully vaccinated. Israel is trying to divert the vaccine to some other country or just throw them away. It could have been a win -win situation if the vaccines were transferred to the Palestine Authority as a good will gesture.

India, as a member of the Security Council, is engaged in counselling restraint since we have good relations with Israel and Palestine. The unfortunate death of Soumya, a young Indian lady in the Hamas bombing impelled India to criticise Hamas for indiscriminate bombing of civilian areas. Israel has made a gesture by the speedy despatch of the body of Soumya to Kerala. The Israeli Consul, who attended the funeral, characterised Soumya as the “angel of Israel” and pledged support to her family.

At the open session of the Security Council, India’s Permanent Representative to the UN, Ambassador T S Tirumurti said that the continuing violence, which began in East Jerusalem a week back, is now threatening to spiral out of control. “The events of the last several days have resulted in a sharp deterioration of the security situation.” Tirumurti reiterated India’s strong support to the just Palestinian cause and its unwavering commitment to the two-State solution, while also stressing India’s strong condemnation of all acts of violence, provocation, incitement and destruction. “Immediate de-escalation is the need of the hour, so as to arrest any further slide towards the brink. We urge both sides to show extreme restraint, desist from actions that exacerbate tensions, and refrain from attempts to unilaterally change the existing status-quo, including in East Jerusalem and its neighbourhood,” he said.” These incidents have once again underscored the need for immediate resumption of dialogue between Israel and Palestinian authorities. The absence of direct and meaningful negotiations between the parties is widening the trust deficit between the parties,” Tirumurti said, voicing concern that “this will only increase the chances for similar escalation in future.”

Gone are the days when we stood solidly behind Palestine, but  the latest Indian statement reiterated its strong support to the Palestinian cause and the two-State solution, which was noted and appreciated widely in India. But by not mentioning Jerusalem as the capital of Palestine and not calling for withdrawal of Israel to the 1967 borders, India has left the contours of a future settlement open to negotiations. Israel had shown understanding of our principled position on Palestine even in the old days and our continuing position on Palestine has not stood in the way of our good relations today. An all-out war is not likely because Hamas will have little support from the Arabs and a final solution is hardly possible when the global situation is in a state of flux. Peaceful co-existence is the only option for Israel and Palestine. The futility of the war is clear and it will not be long before the conflict ends and Gaza returns to an uneasy peace.

T.P.Sreenivasan is a former Ambassador of India and a member of the National Security Advisory Board and presently the DG of the Kerala International Centre. He has nearly 20 years of experience in multilateral diplomacy and has represented India at a number of international conferences organised by the UN, the Commonwealth and the NAM. He has chaired several UN Committees and Conferences.

Jul 08, 2021
I agree that peaceful co-existence is the only solution to the Israel-Palestine conflict. However, any manoeuvres towards peace should emanate from the Palestinians. The Palestinian terrorists’ endeavour to use civilians as human shields & to launch attacks on Israel from behind such human shields is cowardly to say the least & when Israel retaliates in self-defense, the Palestinians love to play the victim card when some of these human shields are hurt or killed. This pathetic approach by the Palestinian terrorists will never allow for any peaceful settlement between Israel & Palestine & it completely justifies Israel’s firm stance on the issue. India, which has gone through similar experiences in the past in Kashmir, should strongly stand by Israel & make it clear to the Palestinians that, as long as they don’t shun their violent approach, they will not get any support from India.