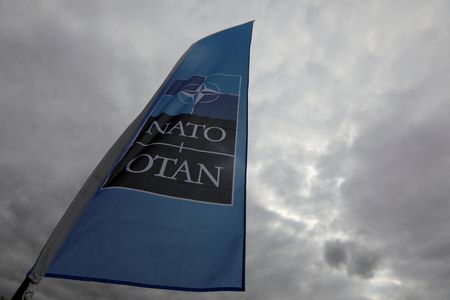 BRUSSELS (Reuters) – NATO said on Monday it was putting forces on standby and reinforcing eastern Europe with more ships and fighter jets. Here is an overview of where NATO forces https://www.reuters.com/world/europe/nato-sends-ships-jets-eastern-europe-ukraine-crisis-2022-01-24 are deployed.

In Estonia, Lithuania, Latvia and Poland, NATO has about 4,000 troops in multinational battalions, backed by tanks, air defences and intelligence and surveillance units. Described by NATO as combat-ready, the light force presence is designed as a trip wire that would trigger reinforcements in the event a Russian incursion.

NATO also has an air policing mission in these countries, patrolling the skies of the four countries in a mission overseen from the Ramstein airbase in  Germany. NATO also has four multinational standing naval forces that patrol allies and international waters, including the Baltic Sea.

NATO has a multinational land force of up to 4,000 troops in Romania. France has offered to send more troops. The United States also has soldiers stationed at separate bases in Romania and in Bulgaria. Allies also regularly send detachments of fighters to support national air policing in Bulgaria and Romania.

France is leading a spearhead force of air, land and sea components along with Germany in 2022, known as the Very High Readiness Joint Task Force. With at least 5,000 soldiers, the force can be operational within 72 hours. Spain, Portugal, and Poland will also provide troops this year. The spearhead force is the highest-readiness element of NATO’s 40,000-strong response force.

Around 74,000 U.S. military personnel are stationed in Europe today, according to the U.S. Congressional Research Service, but not all are active-duty  troops. Germany hosts some 36,000 U.S. troops, Italy around 12,000, Britain some 9,000, Spain some 3,000 and Turkey 1,600. The United States also rotates about 4,500 troops through Poland but they are not stationed permanently. Many of these forces can be deployed on behalf of NATO.

Some 3,500 allied and partner troops operate in Kosovo as part of NATO’s KFOR peacekeeping force. Allies also provide air policing support to smaller Balkan allies. Slovenia’s airspace is protected by Hungary and Italy, while Albania and Montenegro are covered by Greece and Italy. North Macedonian skies are policed by Italy.

NATO has a naval mission, Sea Guardian, patrolling the Mediterranean Sea and providing maritime situational awareness to allies, as well as supporting counter-terrorism operations at sea. It could also uphold freedom of navigation if requested by allies.