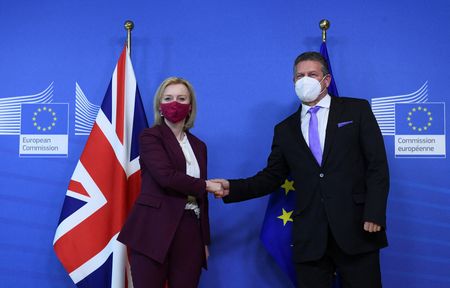 Sefcovic, who oversees the European Union’s ties with post-Brexit Britain, said discussions needed to be “laser-focused” on practical challenges faced by people and businesses in the British province.

“If political goodwill is maintained, our discussions could lead to a timely agreement on durable solutions that would immediately and significantly help operators on the ground,” Sefcovic told reporters after meeting Truss in Brussels.

The EU would, at the same time, need safeguards to protect its single market.

“I am not in the business of setting artificial deadlines, but I will act with a sense of urgency,” Sefcovic continued.

The province’s trading arrangements are governed by a protocol, which is designed to keep an open border between it and EU member Ireland, but which has effectively created one in the Irish Sea, angering the province’s pro-British unionists.

Britain wants the removal of customs controls on goods moving from mainland Britain to Northern Ireland, but the EU says this could become a backdoor route for British goods entering the single trading bloc unchecked.

The two sides also issued a joint statement, something not seen in previously divisive Brexit talks, saying Monday’s meeting took place in a constructive atmosphere with the aim of advancing talks.

Officials will reconvene next week, ending with another Truss-Sefcovic meeting.

“They reaffirmed their shared desire for a positive EU-UK relationship underpinned by our shared belief in freedom and democracy and cooperation on common global challenges,” the joint statement said. 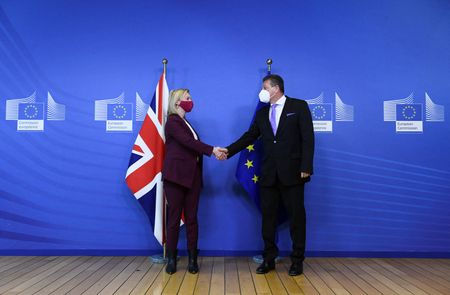 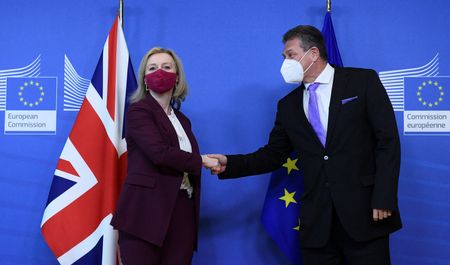